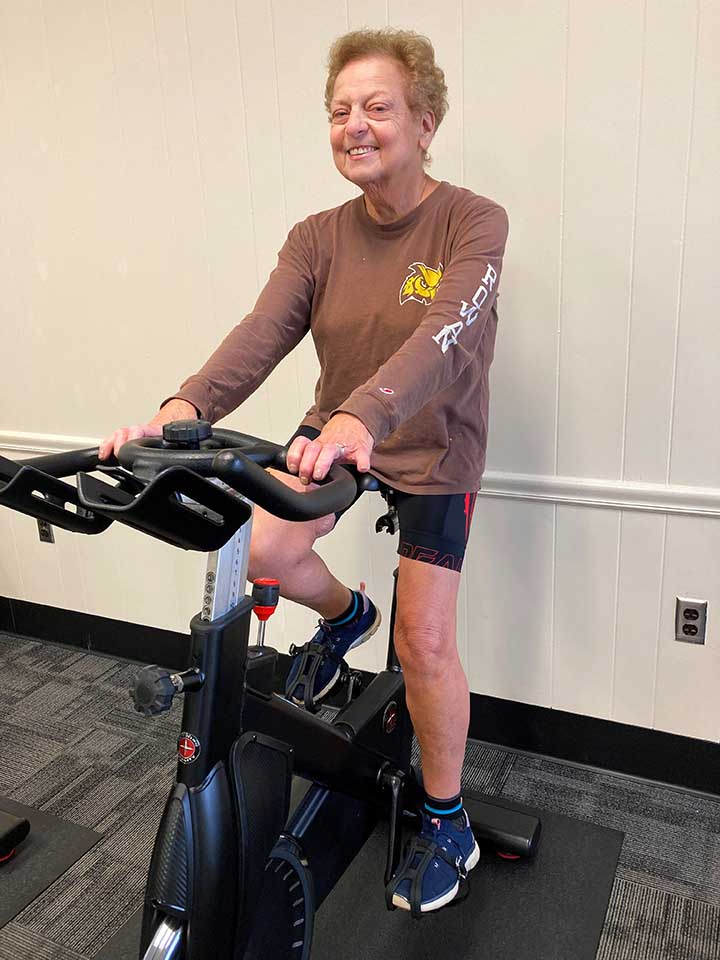 Diane Tucker was an active, competitive athlete and educator in 2015 when the Pittsgrove resident developed a persistent cough. Unfortunately, that signaled the onset of interstitial lung disease, which slowly worsened. When her lungs were functioning at only 20 percent, Tucker realized it was time for lung transplants, as her physicians at the University of Pennsylvania Hospital recommended.

“After three months, the Penn doctors said, ‘You can swim,’ but they wanted to know where I planned to do this. This was during COVID,” she explained. “They were so impressed with the protocols at the YMCA that they didn’t hesitate to approve my return to the pool there.”

The pool Tucker referred to is the Kontes Family Pool at the Cumberland Cape Atlantic YMCA, in Vineland. She has a long history with the local Y, going back to the 1970s, when her son was enrolled in child care at the facility.

“We practically lived at the Y when he was swimming there,” she laughed.

“The Y was so welcoming and caring when I came back,” she said. They were cautious for me and made sure that I was okay.”

Tucker continued to improve her fitness at not only the pool, but also at the Galetto and D’Onofrio Families Weight Room. A typical week’s schedule includes three days in the water and two days lifting weights.

However, this regimen came to an unexpected halt in October, 2021 when she broke her pelvis in a fall. That healed well, but there was another setback in January of 2022 when she broke her arm. Surgery for that injury was in February, and Tucker was back in the pool by May. She said, “I try to bounce back,” and she has.

By the end of September, she was swimming eight straight laps three times in freestyle, plus other strokes.

“I’m so fired up! My endurance is finally coming back,” the 69-year-old athlete said. In addition to swimming close to a mile three times a week, she has returned to weight training.

“The people at the Y have been so pleased to have me back. The place is very accommodating to people. I observe this all the time with members who have special needs. All the time.”

Tucker has been an educator throughout her career and has additionally resumed teaching two face-to-face classes at Rowan University. She grew up in Bergen County and graduated from Rowan, where her husband, Steve, is a football coach. She credits him and her son, Steve, and his family in providing support and inspiration.