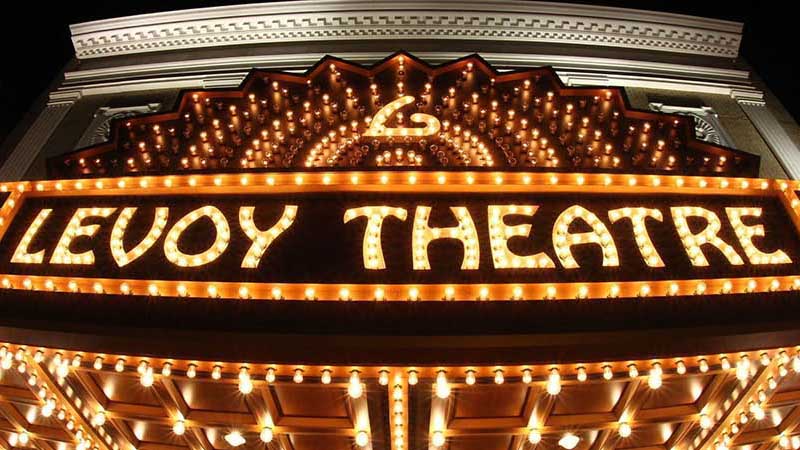 The 114 year-old Levoy Theatre in Millville is celebrating a milestone this year. The theater as it stands today opened to joyous fanfare in 2012, overcoming seemingly impossible odds. On Saturday, September 24, the Levoy will celebrate 10 years of music, magic and memories with its Tenth Anniversary Gala Celebration.

“I am excited to share that as the theater is celebrating its Tenth Anniversary, we can unequivocally point to its value in the community, both as a cultural asset and an economic engine downtown,” declares Phillip Van Embden, chairman of the Board of Directors.

opened its doors for the first time in over three decades. Since that day, more than 950 public events have been presented; dozens of private events, recitals and weddings have been memorialized, and more than 1,656 days of rehearsal, summer camp, classes and activities have occurred at the venue.

More than 300 individual volunteers have donated more than 40,440 hours of their time to assist the 10 employees who keep the Levoy humming all year long. Operations for this amazing feat have been fully funded by revenue from ticket sales, private rentals, individual donations, corporate sponsors and foundation and state grants.

“Over the last 10 years, the Levoy has become a cornerstone for performing arts in our community,” said Amanda DeAngelis, executive director. “We’ve been intentional about creating a community resource that brings accessible performing arts to Millville and exceeds expectations in the areas of entertainment, education and economic impact in our community.”

Over 19,000 children were delighted by more than 60 school day programs offered free or at reduced cost to students in our immediate community. In an ever-evolving repository of education initiatives, the Levoy recently held its first Arts and Education Center Open House.

Renee Brecht-Mangiafico, director of education, sees much promise for the newly opened center and envisions this space “as a performing arts incubator for students of all ages.”

Over the past 10 years, the Levoy Theatre has partnered with many incredible organizations including New Jersey Ballet (nine years), Ocean City Pops (two years), PRAC (Puerto Rican Action Committee) of Southern New Jersey (four years), the Jewish Federation’s International Film Festival (five years) and Cumberland Players, who presented the largest musical in their history at the Levoy in 2013 with Les Miserables.

Probably the best-known of its partnerships, however, is with resident theater company, the Off Broad Street Players. With OBSP, 288 events of live theater have been presented, including Broadway musicals, Fiddler on the Roof, ELF, White Christmas, and Nickelodeon’s SpongeBob the Musical, just to name a few.

This year’s gala promises plenty of magical memories. The pre-show will feature excerpts from recent Levoy youth productions, including 101 Dalmatians Kids; You’re a Good Man, Charlie Brown; and Frozen Jr. After that, the world class illusionist REZA will be performing its “Edge of Illusion.”

A private red-carpet reception with light hors d’oeuvres, cash bar, and silent auction will begin at 6 p.m. to celebrate the momentous achievements of the past decade.

Tickets are available to the public for both the show and the VIP reception. Visit levoy.net for all the details.