Our columnist preps for the holidays ahead—or not. 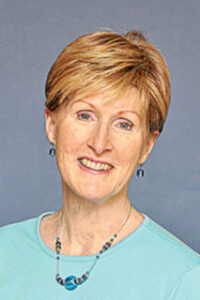 We are two months away from New Year’s Day, and despite my resolve to consider my resolutions early, I’ve got nothing. You know what it is? It’s a curse that I carry around my neck that drags me down: Procrastination.

I have never gotten the gifts bought and wrapped by Christmas Eve, even though I have just one son home now.

When we were kids, our parents used to wait until we went to sleep on Christmas Eve to put toys together and wrap them.

The faulty thinking there is, number one, six kids will not all go to sleep at the same hour, and, number two, there’s no way to return and exchange a defective toy just as church bells are ringing in the birth of the Holy Child at midnight.

I’ll tell you what my father did in just such an emergency. He was just finishing assembling a bike, when he hit a snag; the last wheel would not go on.

“I looked at the axle and the wheel a couple of times, and I took a swig of eggnog and looked again. And I said to myself, well I’ll be damned. It is a square hole and a round axle!”

Blearily, he finished the rest of the gifts and went off to bed. That’s where I got my procrastination from. Partly. My mother was no model of efficiency either.

When we got older and discovered the Sears and Roebuck Christmas catalog, we all ditched the no-name and homemade gifts and started marking the Barbie and Ken dolls in the catalog. Looking back, I can really feel for my mother, who played Santa and was a wizard when it came to making sure that everyone had the same number of gifts.

We had such fun making homemade presents, too, for our brothers and sister. We bought patterns at Grants Department store to sew into pillows and stuff with foam; Santa and his reindeer, snowmen in a blizzard, and of course, the Nativity scene.

It was a short, joyful time when we were all happy with whatever the Jolly Old Elf brought, and what our siblings made for us.

Then, Big Advertising spoiled it all with huge displays of pricey toys and tacky dolls in every store, aimed without shame at the innocent minds of children, even though poor Santa had only so much cash in his budget. It was a travesty.

Speaking of gifts, my 5-year-old niece, Lidia, was born in November, and she told her parents that her fondest wish for her birthday was a real-live unicorn. Her parents are not without creative skills. They dressed Daniel, Lidia’s two-year-old brother, in plush footie pajamas and made a stuffed horn wrapped in some adhesive tape and stuck it on Daniel’s forehead. A short phone video showed Daniel strutting around the house, looking like the most adorable unicorn ever.

Our daughter, Therese, also has a birthday to celebrate next month. We don’t know what she craves, and frankly, we are afraid to ask. There was one year, possibly her fourth, when she fell in love with a set of quintuplet baby dolls. Here’s a snippet of that conversation:

“Mom, can I have all dose baby dolls?”

“Well you want a lot of things for your birthday. Would you rather have those baby dolls, or a pink bike ride?”

“A little bike ride and all the baby dolls?”

“In a couple of months.”

“No!” she said, slicing the air with her hand. “My birthday’s up. So that’s why I get all these baby dolls.”

Have you ever heard of gluttony?

As a kid, our second Halloween in our new neighborhood, we were pleasantly surprised that whole new housing developments were popping up near our house.

There were Seventies-chic bi-levels, tri-levels and beachy homes. No more walking to faraway houses, hoping for great treats like full-sized candy bars. The party had come to us. After a while nobody knew who was city and who was piney; as kids, we didn’t make such distinctions.

After graduation, we only get together every five years, mostly to remember those who have died and to toast the good times. Judging from our class photos, we’re mostly older and fatter. But at least we’re still on this side of the sod.