Heart on Your Sleeve…

Can a smartwatch reliably help to identify atrial fibrillation? 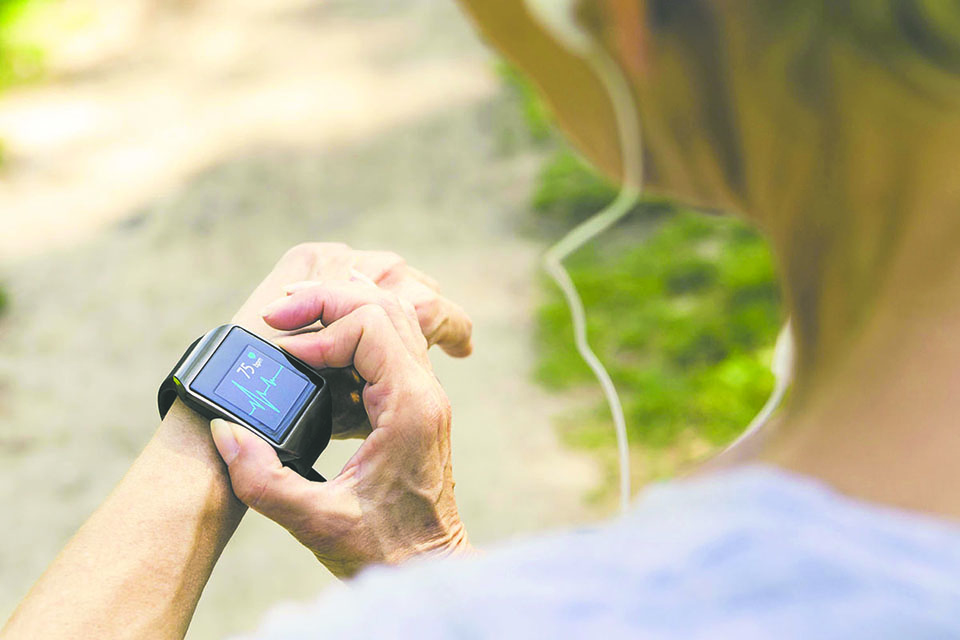 Andrea Russo, MD, cardiologist and director of electrophysiology and arrhythmia services at Cooper University Health Care, was one of the lead investigators in a recent study published in the New England Journal of Medicine that examined the ability of smartwatches to detect atrial fibrillation in users. Atrial fibrillation, or AFib, is an irregular heartbeat that, without treatment, increases a person’s risk of stroke.

The study looked at Apple watches and their ability to detect AFib. Each of the watches included in the study used a light sensor to measure blood flow at different times. If the sensor repeatedly detected irregular flow, it would send an alert to the wearer.

Of the more than 400,000 people who participated, less than one percent received a notification that they might have the condition. But while the probability that a smart watch wearer would be notified of an irregular heart beat was low, among those that did receive a notification, more than a third had Afib identified through subsequent testing methods.

The study also identified some risks in relying on wearables to notify you of potential health conditions. The first is false positives: Not all of wearers who received alerts actually had the condition based on further testing. Similarly, because only a small percentage (.52 percent) of all the participants received an alert, these watches have the potential to provide a false sense of security if they don’t pick up on the signs of an existing condition, and as a result, they may not seek care from a health care provider as needed.

“As more and more people use smart watches to help them manage their diet, fitness, and health, the study’s findings do have the potential to help patients and clinicians understand how these devices can play a role in detecting serious health conditions such as atrial fibrillation, a potentially serious and often undiagnosed disease,” said Dr. Russo. “Based on this study, we know that more investigation is needed on wearable devices to determine how they may be used to identify health issues and improve health outcomes.”

Currently, Dr. Russo serves as president of the Heart Rhythm Society (HRS), the International Society of Electrophysiologists with over 10,000 members internationally and professionals from more than 70 countries. Founded in 1979, it is the leading resource on Cardiac Pacing and Electrophysiology in the world. She has served on numerous HRS committees and task forces, including the Scientific Sessions Program Committee, and is a member of the HeartRhythm Journal editorial board.

Dr. Russo received her medical degree from Upstate Medical Center in Syracuse, New York. She did her residency at the Medical College of Pennsylvania and her fellowship training in cardiology and electrophysiology at Cooper University Hospital. She serves as professor of medicine at Cooper Medical School of Rowan University.

The Cooper Heart Institute is the most comprehensive heart care center in southern New Jersey, earning national recognition for its superior quality and world-renowned team of cardiovascular experts.