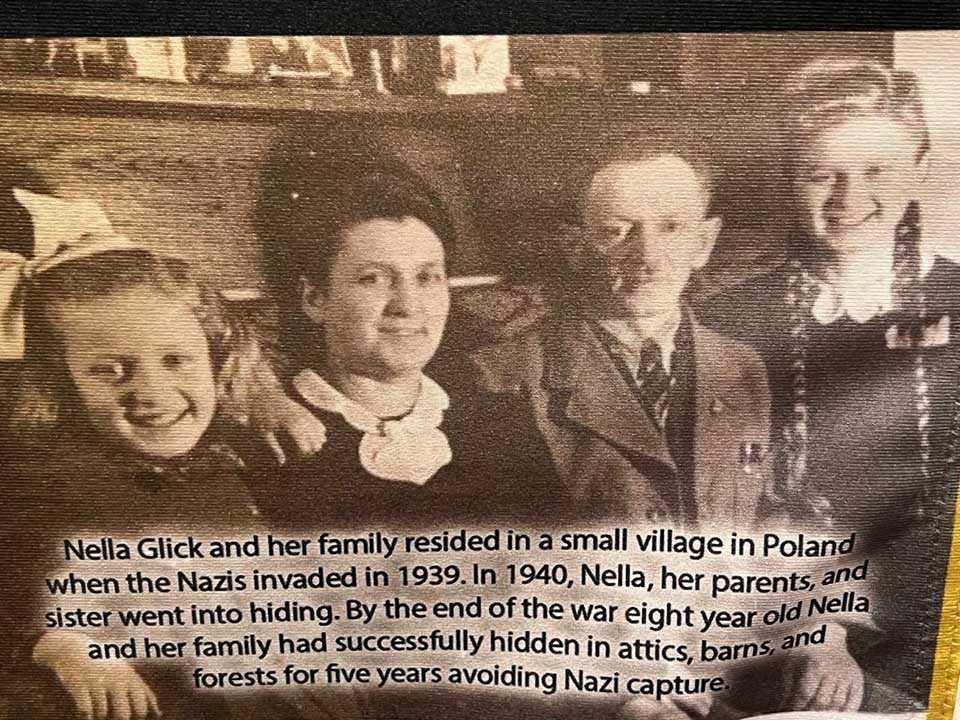 The Holocaust is considered to be the greatest tragedy to befall the Jewish people—when six million Jews were murdered just because of who they were. This was not in some barbaric prehistoric time, but within our own time—a time when we have graphic written and photographic evidence of what happened.

Because of this, we have a wealth of materials to document the Holocaust. We still have survivors who can tell their stories including those from the large numbers fate would bring to this area.

Each year, Jews around the world take the opportunity to observe Yom HaShoah (Holocaust Remembrance Day), which takes place on Nisan 27 on the Jewish calendar and was established as a national holiday by the Israeli Knesset on August 19, 1953, when its observance was signed into law by Israeli Prime Minister David Ben-Gurion and President Yitzhak Ben-Zvi. The holiday honors the six million Jews, including one and a half million children, who were murdered in the Holocaust.

The commemoration by Jewish Federation of Cumberland, Gloucester & Salem Counties this year includes a two-part public remembrance of the Holocaust. Both events are free to the public.

It is truly a story of darkness into light, from the depths of death and despair to a new life and accomplishment in a new land.

Part of the commemoration will be a month-long exhibit at Vineland Public Library, 1058 E Landis Avenue, open to the public starting Monday, May 2.

The exhibit, “From the Ashes to Die Goldene Medina,” will contain photographs showing the tragedy of the Holocaust, as well as photographs and artifacts of a local connection to area Holocaust survivors who established themselves in the post-World War II world.

“The Vineland area became a poultry agricultural capital for a large part of the country as survivors settled in this area and became chicken farmers, building that industry and creating such businesses as the Vineland Poultry Laboratory known from coast to coast,” said Kirk Wisemayer, former executive director of Jewish Federation and co-founder, with the late Mia Cyter, of the Jewish Historical Society.

Other survivors went into other trades and, at the same time, established a rebirth of the area’s Jewish community. It was a microcosm of what the United States meant for them, it was a goldene medina—Yiddish for “golden land”—where opportunity beckoned to start a new life.

The exhibit will include photographs and stories of some of the survivors from this area. Many are familiar with Miles Lerman and Rabbi Dr. Murray Kohn and the enormous work they did to pass on the lessons of that horrible time to future generations. The exhibit will show them and others who contributed in their own ways to the Jewish life and the general social fabric of this area.

The commemoration will include a Service of Remembrance on Sunday, May 1, at 1 p.m., at Beth Israel Congregation, 1015 E Park Avenue, Vineland. Included in this program will be the annual presentation of the Miles Lerman Holocaust Education Award. This year’s recipients will be members of the South Jersey Holocaust Coalition. The Coalition partners with Jewish Federation to offer educational opportunities to educators and the public on issues and themes related to the Holocaust. The chairperson of Holocaust Coalition is Harry Furman, a son of Holocaust survivors and a former social studies teacher who pioneered the first New Jersey high school semester course on the Holocaust and genocide, titled “The Conscience of Man.”

The service will also include musical selections relating to Holocaust remembrance. Students from the Vineland High School “Search for Conscience” class will also participate.

“This ceremony is a most moving way to memorialize those who perished in the tragedy of the Holocaust—the millions who were murdered at the hands of the Nazis, including many family members of survivors who settled here,” said Dr. Michael Sarnoff, president of Jewish Federation. “Through the years, it has also been a valuable learning experience for school students studying the Holocaust, and especially now in this time of increased anti-Semitism, Holocaust denial, and racial intolerance.”

Those attending will hear from those who survived the Holocaust, their descendants, and students who are now learning about it in school, the next generation to ensure “Never Again.”

Taken together, Wisemayer said, the library exhibit and the Service of Remembrance tell the story of the Jewish people’s darkest hour, remembering never to forget, resiliency in the face of tragedy, and hope for the future.

“We hope that people will come out and see the exhibit and attend the service. With all the horrors facing areas of the world today, people can learn from the past to carve out a better tomorrow,” he said. n

For more information, call the office of Jewish Federation of Cumberland, Gloucester & Salem Counties at 856-696-4445.