In 1988, Cumberland County entrepreneur’s company controlled an estimated 75 percent of the U.S. market for Christmas products. 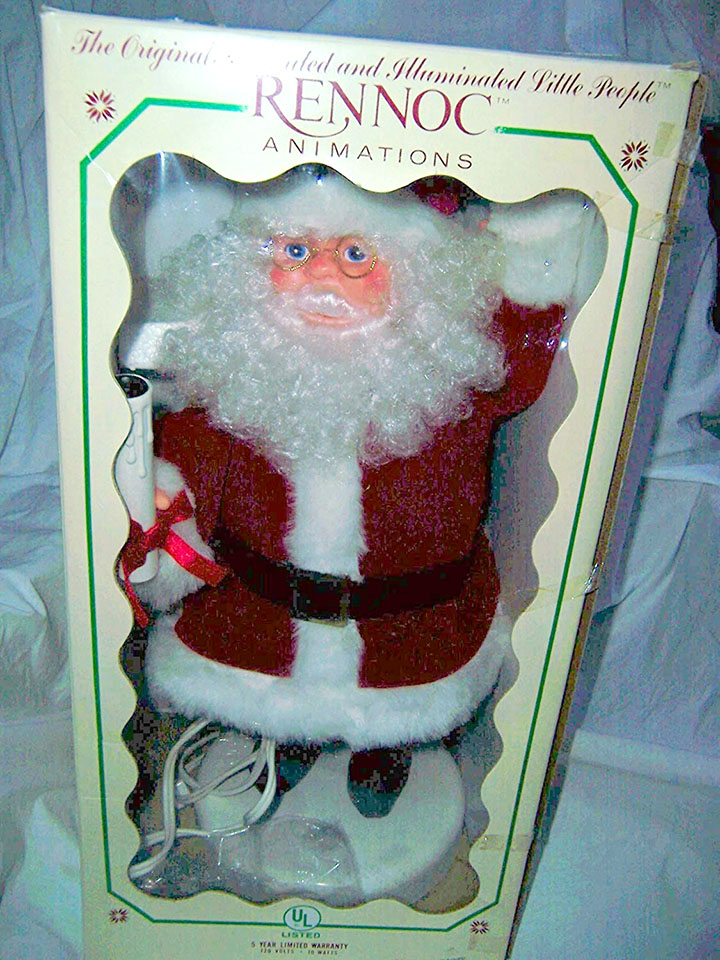 Richard W. Conner was known most notably as an entrepreneur and philanthropist, but his affiliation with the Christmas season might be how Cumberland County remembers him best.

In his 30s, Conner founded the the Rennoc Corporation, a company described by the Press of Atlantic City in its obituary of the entrepreneur as “the world’s leading manufacturer of plush Christmas decorations and a major local employer” and Conner as having “revolutionized the manufacture of Christmas stockings and other textile Christmas decorations through improvement of production processes, automation and product diversification while maintaining exceptional standards of quality and product styling.”

Rennoc, it adds, “also manufactured high school team jackets and established a reputation for peerless quality in this field as well.” Conner was born in 1924 in Waynesboro, Pennsylvania, the son of Samuel S. and Elva Conner. He entered Swarthmore College in 1949, leaving for a period to join the Army before returning to complete his degree. An interest in the medical profession was soon abandoned when he left Temple University’s Medical School in favor of other pursuits.

According to The Press of Atlantic City, Conner “moved to Millville NJ where he became a partner in PDQ Products, a manufacturer of flying model airplane kits. Mr. Conner’s time at PDQ is still remembered for his design of the award-winning Circus King, which for decades was highly regarded by control line flying model enthusiasts.”

In 1958, Conner left PDQ to establish Rennoc Toys and Games Co., a business bearing his surname spelled backwards. But according to a 1988 Journal of Commerce article, “The company, then in Millville, N.J., produced a variety of games, including several sports-related board games, that never caught on particularly well. By 1961, with the company on the verge of going out of business, someone offered Mr. Conner a contract to produce Santa Claus hats.” Executive Vice-President Edward W. Gresch told the Journal of Commerce “with a few old sewing machines and a small work force, [Conner] began producing the hats in a former Army barracks in Millville.” As orders increased, he “added a few more sewing machines.” The company soon expanded its workplace to several additional barracks before Conner moved to a facility of his own in Vineland at 3501 S. East Boulevard.

By time the New York Times published an article on Rennoc in 1982, Conner had stepped down as president of his company, assuming the titles of chairman and CEO.

Six years later, the Journal of Commerce reported that “business has grown so much in recent years that the company has outgrown its 300,000-square-foot manufacturing facility in Vineland. The company is building a 178,000-square-foot addition adjacent to its current site…[and] expects to add about 100 employees to its work force of 500 when the new building [is] completed sometime next year.”

The new facility would accommodate the company’s Christmas products, which the Journal of Commerce noted as including “five-inch-long stockings, 65-inch-long stockings and just about every size in between,” and also its line of sportswear, “the NFL Huddles series, which are specially designed with the logos of National Football League teams.” Rennoc had introduced sportswear in the mid-1970s, and by 1988 it accounted for 25 percent of the company’s sales. Rennoc’s high-tech approach is what allowed it to become a leader in the industry. According to the Journal of Commerce, “The company uses a variety of specially designed machines to speed production and efficiency. Computerized equipment plots patterns onto fabric for cutting, for example. The computers help Rennoc employees fit the maximum number of patterns onto a given piece of fabric, reducing waste.” In 1988, Gresch estimated that Rennoc “controlled about 75 percent of the U.S. market for Christmas products.”

Amid the success of his company over the decades, Conner “made significant philanthropic efforts in the local community including the founding of Hendricks House (named in remembrance of [Walt Hendricks] who had guided him into his most successful line of business), an outstanding halfway house for people in recovery from substance abuse, and Rennoc Corporation Foundation, a charitable foundation,” the Press of Atlantic City reported.

In 2016, Conner died at the age of 92. His company had shut down seven years earlier, but what it once offered the region as well as the world was a wide palette of products that decorated and enhanced the holiday season. n