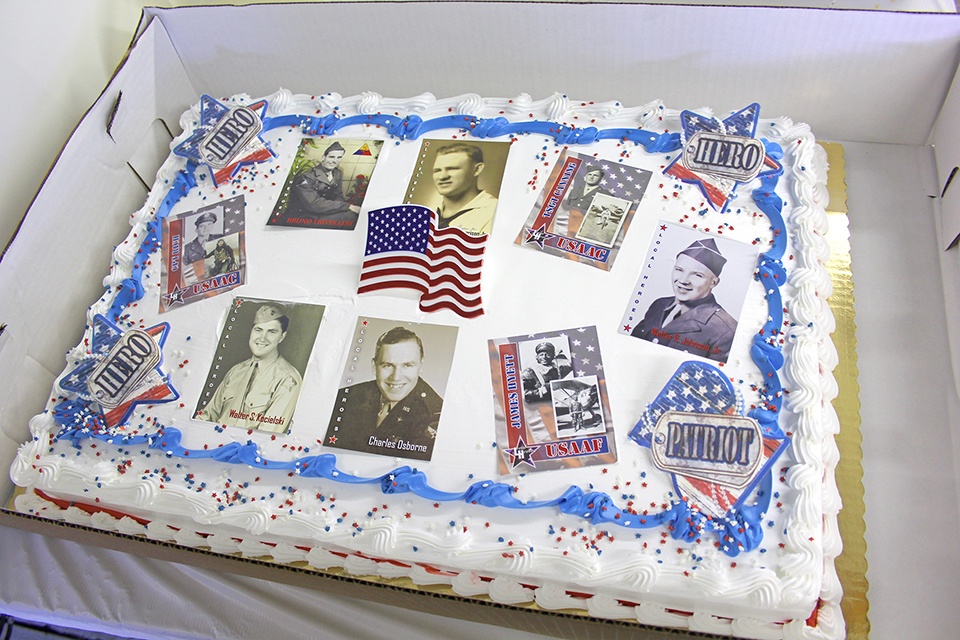 Please join the celebration of our nation’s veterans on Saturday, November 2, for “Veterans’ Appreciation Day” at the Millville Army Airfield Museum. The museum, located at 1 Leddon Street, Millville Airport, Millville, NJ, is at the site of America’s First Defense Airport. It was established by the War Department after the attack on Pearl Harbor and the beginning of the United States involvement in World War II. Troops were trained to fly and fight in the P-47 aircraft. These planes escorted bombers as they flew missions over Europe to bomb the enemy in Germany and behind all enemy lines.

The event starts at 10 a.m. with a friendly welcome by dozens of young volunteers wearing army and navy uniforms from the 1940s. There will be plenty of coffee and doughnuts to please everyone. These young volunteers are from Millville Senior High School and the Civil Air Patrol. They have been immersed in the history of WWII and the Millville Airfield.

At 11 a.m. the ceremonies will begin by honoring all veterans by showing “the colors,” singing of our national anthem, and a gun salute to those who have fallen in the line of duty. Remarks will be made by Congressman Jeff VanDrew.

During our ceremony, we will all be unveiling a new mural honoring the Millville Fire Department and its important role at the Millville Army Air Field during WWII. This special project was funded by the Cumberland County Cultural and Heritage Commission.

The guest speaker will be Owen S. Garrison, Jr. He is a 94-year-old U.S. Navy Seaman 1st Class who served on the USS Monterey during Halsey’s Typhoon in the Pacific Theater of the War. Upon completion of his speech and the retiring of the “colors,” everyone is invited to a free Mess Hall Lunch. The lunch is donated by Verna’s Flight Line Restaurant, located at the Airport.

While you are visiting this historic site, make sure to see the authentic military vehicles of the War era, aircraft and equipment. The museum is filled with artifacts primarily from WWII along with hundreds of photographs and documents. You will find a smaller sampling of memorabilia from the Korean Conflict and the Vietnam War.

Several WWII veterans will be inside the museum and they will be happy to chat with you and your family members. You are encouraged to bring youngsters to the event as this is a “living history event.”

The Millville Army Airfield Museum is open six days a week from 10 a.m. until 4 p.m. Veteran docents are often available for tours. If you belong to an organization, you may make arrangements for a private tour. Families with fathers or grandfathers who served as one of the 16 million troops from 1942 to 1945 are able to do research in the museum’s library and by talking with veterans and museum staff and volunteers.

There are opportunities for men and women to become volunteers here for special events or on a regular basis. You may contact the museum staff during regular business hours.

The museum is led by Executive Director Lisa Jester, Board Chairman Russell Davis, and a board of directors. It is supported by staff members and many volunteers.