BA.5 is Now Dominant COVID Strain in NJ. Is a Summer Surge Looming? 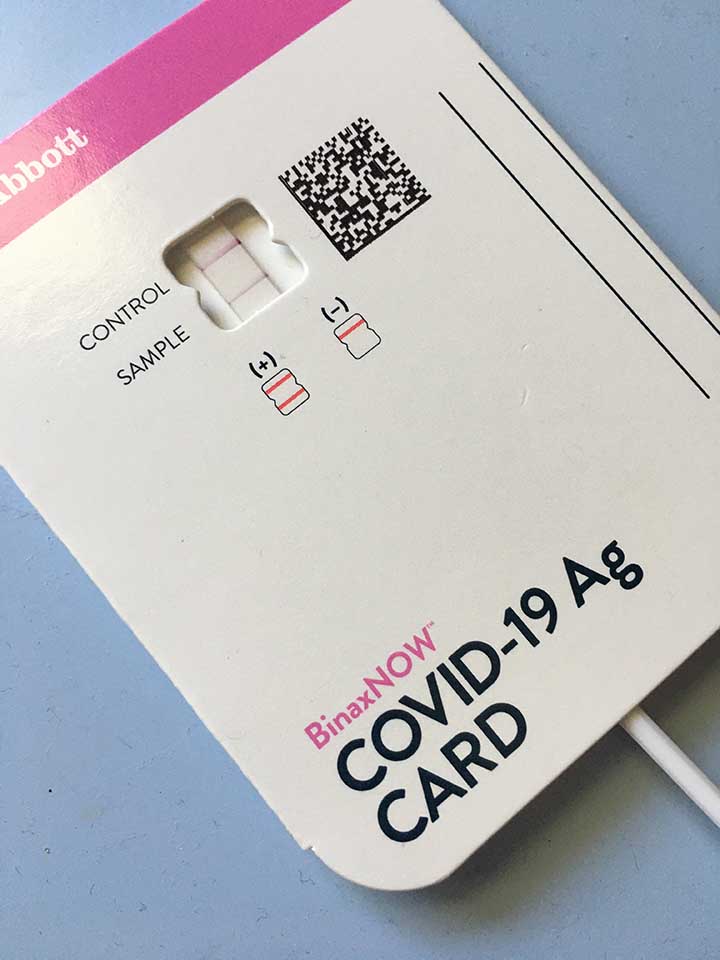 This story is being republished under a special NJ News Commons content-sharing agreement related to COVID-19 coverage. Link to story: northjersey.com/story/news/state/2022/07/13/ba5-covid-strain-now-dominant-in-nj-is-summer-surge-looming/65370974007/

A new mutation of the COVID-19 virus that has spread quickly around the globe became the dominant strain this week in the metropolitan region, raising concerns that a summer surge is looming.

The BA.5 subvariant made up 64 percent of all COVID variants in New Jersey and New York, where cases of severe illness and death have remained relatively stable for months, according to data released last week by the U.S. Centers for Disease Control.

Scientists and public health officials have taken particular notice of BA.5 because it appears to be able to reinfect people very quickly and evade some protections offered by vaccines and boosters developed to deal with COVID’s original strain. Vaccine makers are developing a booster shot to deal specifically with BA.5 and other subvariants of omicron that have circulated for eight months.

“The COVID-19 virus keeps finding new ways to evade our immune system defenses,” said Dr. Jay Varma, director of the Cornell Center for Pandemic Prevention and Response in New York. BA.5 “is much better than previous variants at transmitting from one person to another and at bypassing our defenses against infection.”

BA.5 is the latest mutation in the omicron family—a group of variants that emerged globally late last year and caused COVID infections, hospitalizations and deaths to surge to their highest levels since the first wave of the virus in the winter and spring of 2020.

BA.5 and its cousin BA.4 were first discovered in South Africa in the spring and quickly made their way across the globe, with BA.5 becoming much more prevalent.

What are the symptoms and how is it treated?

Like other versions of COVID, BA.5’s symptoms and their severity can vary widely depending on the individual and such factors as a person’s age and underlying health issues.

But BA.5 tends to have similar symptoms to other omicron subvariants: fever, fatigue, body aches.

Many doctors suggest treating it like it’s the flu in younger, healthier people: stay hydrated, take fever-reducing medication, let it run its course, isolate from others. For those with underlying health conditions, a doctor may give monoclonal antibodies or prescribe Paxlovid.

The long-term effects of the subvariant are not yet known.

How fast is BA.5 spreading?

BA.5 was first discovered in New Jersey in the week ending on May 28 when it made up only 0.8 percent of cases tested.

By June 25, it made up 33 percent of cases in the region. It now sits at 63.9 percent—about the same percentage as nationally.

Are vaccines, boosters and prior infection effective against BA.5?

Like many of the omicron variants, BA.5 has so far shown to evade some of the protections current vaccines offer — so much so that federal health officials have asked vaccine manufacturers to update their formula to address the newer variant.

The Pfizer, Moderna and Johnson & Johnson vaccines were all developed to lessen the severity of the original COVID-19 strain that emerged in the U.S. in late winter 2020.

But that strain has been long out of circulation and replaced by several mutated versions whose genetic makeup is slightly different, such as the delta variants that swept through the U.S. last summer. There have been at least six versions of the omicron variant that have spread in New Jersey over the last eight to nine months.

“The transmissibility [of BA.5] is what separates it,” said Stephanie Silvera, an infectious disease expert at Montclair State University. “Anecdotally, we’re seeing people who were infected with omicron a month and a half ago and are now presenting new infections. That just wasn’t the case before.”

When will new booster shots be available?

In June, a Food and Drug Administration panel recommended that drugmakers modify their booster shots to target the BA.4 and BA.5 variants with hopes of getting shots into arms by October.

That can’t come soon enough as summer travel is in full swing followed by a return to school and cold and flu season, said Mark Cameron, an infectious disease expert at Case Western Reserve University in Ohio.

“Are we chasing our tails here? No, because omicron has become a family of variants and we need to customize our vaccines towards them,” he said. “Our vaccines have done a great job at keeping people alive. But they have to be updated.”

On Monday, Moderna announced that clinical trials of its new booster showed significantly better results against BA.4 and BA.5 compared with the current vaccine.

Are cases, hospitalizations, deaths on the rise in New Jersey?

New Jersey hasn’t seen a significant surge in any of its COVID metrics since the initial omicron wave peaked in January.

The number of patients severely ill with COVID has been stable for months. There were 111 COVID patients in intensive care Monday night while 29 patients were on ventilators statewide. Both metrics have hovered around those numbers ever since the initial omicron surge came crashing down in the winter. Back then, intensive care admissions peaked at 919 on Jan. 11 and daily ventilator use at 566 on Jan. 15.

Daily confirmed deaths have been mostly in the single digits or low double digits since May, similar to what New Jersey was seeing last summer.

Daily COVID hospitalizations have more than doubled since late April, to 919 on Saturday night. But the majority of those hospitalizations are for something other than COVID. The patients just happen to have tested positive for COVID on admission.

New cases have been anywhere from 1,500 to more than 3,000 daily since early May. But that is considered an undercount, since the majority of tests, such as those done at home, are not reported to health authorities.

“Our testing has been so spotty that I suspected we’re steeped in BA.5 and have been for some time,” Silvera said. “People are either not getting tested or their test results are not being reported.”

Health experts believe New Jersey, like most of the U.S., will see a surge this summer in cases — but are unsure if a rising death toll will follow.

It probably is, but it’s hard to know for sure. It takes a process known as genomic sequencing to determine a COVID strain. And very few positive test results undergo that procedure.

BA.5 is the dominant strain, but there are others circulating in New Jersey and New York. Here is the breakdown according to the CDC:

How can I get tested?

The federal government is offering a third round of free rapid test kits—eight tests in all—via the U.S. Postal Service at covid.gov/tests. No timetable has been given on how fast the tests will be received.

Rapid tests can also be purchased over the counter at most pharmacies. A more accurate PCR test can be obtained at many pharmacies and medical offices. Results are usually ready within 24 hours.

How can I avoid getting BA.5?

Public health experts continue to say a layered approach is the best defense. This includes:

• Vaccinating. Even vaccinations and boosters tied to the original strain offer some level of protection against severe illness. Those 50 and older or people who have an underlying medical condition are eligible for a second booster shot.

• Carrying an N95 or KN95 mask at all times. Wear it indoors at a public venue.

PrevPreviousSummer Wind Farm Tours at ACUA
NextBA.5 Variant is Spreading, Your COVID Immunity May Be Gone Because of ItNext