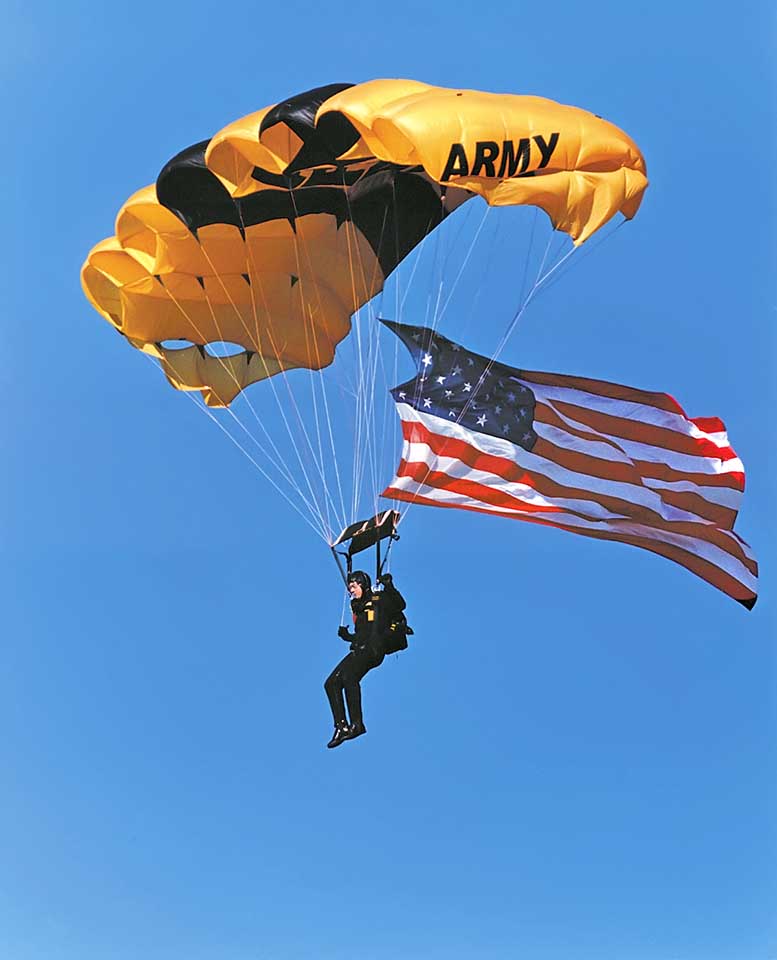 The F-22 Raptor was designed to replace the F-15 with emphasis on agility, stealth and range and cannot be matched by any known or projected fighter aircraft at this time. The Air Combat Command F-22 Demonstration Team is coming to Millville from Langley Air Force Base, and will perform precision aerial maneuvers demonstrating the unique capabilities of the fifth-generation fighter aircraft.

U.S. Army Golden Knights—the official 18-person parachute team of the U.S. Army—will perform twice daily during the airshow. The Knights jump from 13,000 feet above the airport, traveling nearly 120 miles per hour, and landing with pinpoint precision.

“Plus, activities on the ground make for a fun-filled family day, including seeing dozens of static aircraft, enjoying great food, vendor displays, bouncies for the kids, and of course, a visit to the Millville Army Air Field Museum, where the important WWII history of Millville Airport is preserved for future generations. This year we celebrate the 80th anniversary of the Millville Army Air Field, America’s First Defense Airport, which was dedicated on August 2, 1941. “With the dedicated efforts of our volunteer committee headed up by Lisa Jester, airshow director, along with many community-minded individuals, the Millville Wheels & Wings Airshow helps continue the mission of the museum—preserving history, promoting aviation and educating young people,” notes Carey.