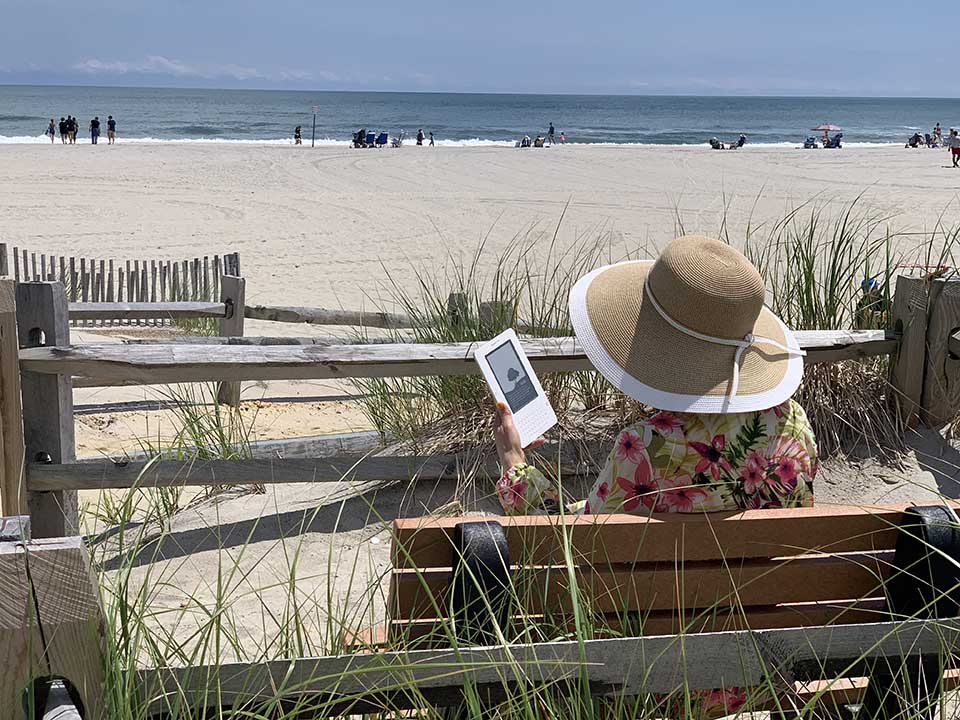 Cumberland County readers, including Rose Diaz, tell us what they’re reading this summer.
by Stephanie Farrell

A favorite summer activity is having time to enjoy a good book. We checked in with local readers to see what they typically enjoy, their book picks, and what is in their summer reading pile.

Several hundred community members came out to Merighi’s Savoy Inn recently to wish Dr. Mary Gruccio well in her retirement after her 46-year career in the Vineland Public Schools, most recently as beloved superintendent.

“As retirement gifts I received several books. I’m not sure what they’re about but I am looking forward to finding out when I have more time available starting next week,” says Gruccio.

She received The Destroyers by Christopher Bollen, a literary thriller set in Greece. She also got Night of Miracles: A Novel by Elizabeth Berg about a woman who has a second career teaching baking classes. Additional book gifts were two non-fiction reads: Becoming, Michelle Obama’s best-selling memoir; and The New Normal: A Roadmap to Resilience in the Pandemic Era by Jennifer Ashton, M.D.

“I just started a book called The Equity and Social Justice Education 50 [by Baruti K. Kafele]. Our district is focusing on diversity and we have started a diversity committee, so I thought this might be helpful.”

Gruccio typically enjoys books that are uplifting in some way, like Medjugorje (by Wayne Weible), which she says is a religious book. She also recommends Wonder by R.J. Palacio, a 5th grade read. “It is an inspiring book and the kids love it. We took all of our 5th graders to see the movie before the pandemic hit. Lately I feel like everything I read is related to COVID. I’m glad things are slowly lifting. We need some happy reading.”

Dr. Scott Williams, a retired orthopedist, is an avid reader. “For the most part, I read non-fiction books, mostly history books. I recently read the biography of Elon Musk.”

Williams heard that Musk has Aspberger’s Syndrome. “I wanted to know how he overcame that. He’s obviously been successful. Currently I’m reading a book called An Unsung Hero about Thomas Crean.” Michael Smith’s book covers Crean, an Antarctica explorer.

“I read a book about Teddy Roosevelt by McCullough that was very good,” Dr. Williams says. “The book is Mornings on Horseback: The Story of an Extraordinary Family, a Vanished Way of Life and the Unique Child Who Became Teddy Roosevelt. “I’ve read a lot of McCullough’s stuff. He gave a lecture at one of the orthopedic meetings I went to.”

Williams also finds Malcolm Gladwell to be consistently good. “He wrote a recent book about the WWII firebombing of Tokyo.” That book is The Bomber Mafia. Williams enjoyed The Bridge by Gay Talese about the construction of the Verrazano-Narrows Bridge in New York. He also recommends The Forgotten 500 by Gregory Freeman. It is about the Office of the Secret Service, a predecessor to the CIA. “The OSS is in Yugoslavia rescuing fighters. Julia Childs is in it. It’s a diverse bunch of people. An uncle of mine is mentioned in the book.”

Up next for Williams is Louis the XIV by Josephine Wilkinson. “We visited France and we were in Versailles; that got me interested.”

Vinelander Rose Diaz is my book club’s most voracious and thoughtful reader. “I like books with beautiful language; that’s the first thing. What usually influences my next read is what I’ve just come off of, so I either want more of the same or I turn to something else. I also like different settings, to visit different places. Right now I am reading Our Souls at Night by Kent Haruf, which was given to me—the language is fantastic—and The Japanese Lover by Isabel Allende. “It just occurred to me that The Japanese Lover is the perfect book! My family will be rolling their eyes and asking me “what the heck?” The cover will generate all kinds of talk.”

Diaz just finished Allende’s The Long Petal of the Sea. She bought it four times, Audible and Kindle versions in both English and Spanish. “It has deeply developed characters. It starts in Spain, then to Chile and Venezuela.” Diaz says the language is lyrical, both in English and in Spanish. “Even when I am reading it in English I hear the Spanish in my head and I check to see if I’m right. It’s just beautiful. I was sorry when the book ended.”

Diaz recently read A Place for Us by Fatima Farheen Mirza about an Indian-American Muslim family. “I absolutely loved that book. It is a book about familial love and it was profound. I loved it even though it’s so gut-wrenchingly beautiful—a lot of pain, but life-affirming still. A book doesn’t have to be peaches and cream to be life-affirming. Life is worth living. It’s worth the passion, worth the misery, worth the pain.”

Samantha Tai, Vineland Public Library’s Children Outreach librarian, enjoys historical fiction. Right now she is reading The Rose Code by Kate Quinn about British female code breakers during WWII. “I read The Midnight Library [by Matt Haig]—that was really good. Vera by Carol Edgarian about the 1906 San Francisco earthquake was pretty good,” says Tai. “I also like mysteries. I’m listening to an Armand Gamache [detective series] by Louise Penny, Kingdom of the Blind. I like Jacqueline Winspear’s Maisie Dobbs’ books. Number 16 just came out so that’s next.” Then it’s Band of Sisters by Lauren Willig. “It’s set in WWI about a group of young women from Smith College who help French villages decimated by bombs. Also Marie Benedict has The Personal Librarian coming out. There are so many and there’s not enough time!”

Tai also reads juvenile fiction, enjoying The Lion of Mars by Jennifer Holm and two pet-related graphic novels: Allergic by Megan Lloyd and Michelle Nutter, about a girl who wants a pet but finds out she’s allergic; and Katie the Cat Sitter about a girl who wants to earn money for camp and winds up cat-sitting 217 cats for a mysterious neighbor

Jennifer Thomas is the moderator of Hidden Treasures, Forgotten Gems & Must Reads, the Facebook group. She started the group because the best books she’s ever read have come from personal recommendations. Her personal go-to books are biographies and EuroAsian dynastic histories.

“I know, so nerdy. I also enjoy a really fascinating story. Robert K. Massie is the most talented biographer who ever walked the planet. Some people are intimidated by him, but he is a beach read. He is a biographer with the instincts of a novelist. He has a way to create a scene.” Thomas loved his book, Peter the Great.

“Massie has the ability to grab you on so many levels. He is empathetic. He puts you in their shoes.”

Thomas also recommends Walter Isaacson. “He does a bang-up job, pretty solid work. His best one is on Ben Franklin.”

She also read Galileo’s Daughter by Dava Sobel. “The subject matter is compelling—the writing about a famous figure through the eyes of correspondence with his daughter.”

Next up Thomas has lighter reads, such as Once Upon a River, a novel by Diane Setterfield, Anxious People by Frederik Backman, known for his quirky characters, and Hamnet by Maggie O’Farrell, inspired by the mystery of Shakespeare’s son. 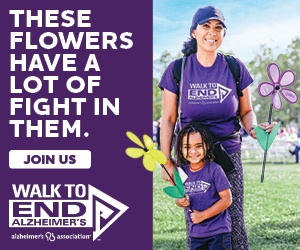 Ready for Some Football