Gouldtown was founded upon interracial unions and has thrived on its mixed-race heritage. 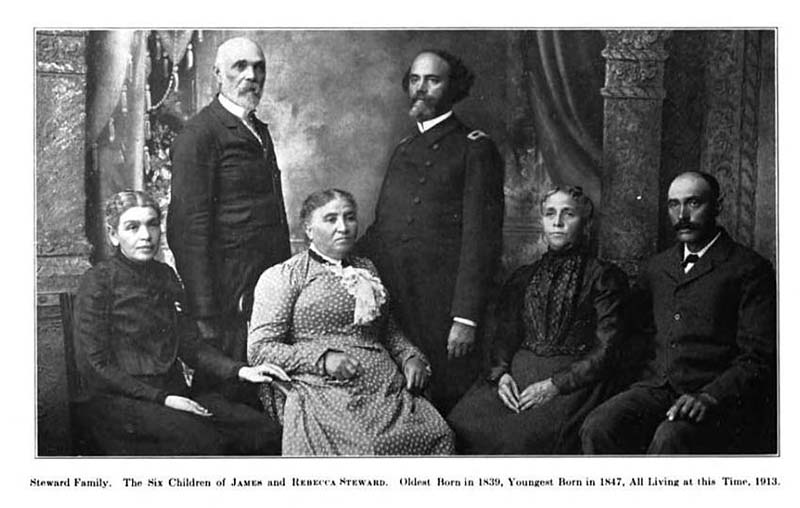 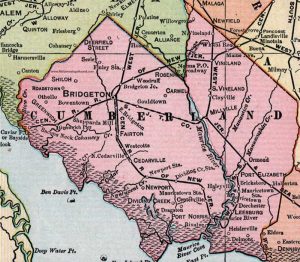 In 1952, Ebony magazine referred to Fairfield Township’s Gouldtown in the headline of its feature story as “America’s Oldest Negro Community,” acknowledging in the article that “it may quite possibly be.”

Ebony reported that “today’s generation of Gouldtowners know the main facts of their history, especially how their town came to be born. They are aware of Gouldtown’s origins and conversant with the picturesque personalities that shared in its development. But they have refused to be isolated by the sweep of history and the quickened tempo of modern living.”

Those origins include the town’s founding, credited to Benjamin Gould, and the principal families that settled and developed the area—the Pierces, the Murrays and the Goulds.

Nearly 40 years prior to Ebony’s feature, William Steward and Rev. Theophilus G. Steward, in their 1913 book Gouldtown: A Very Remarkable Settlement of Ancient Date, offered a candid view of pre-20th century life in the town, particularly in what was offered by preachers and educators of the time. Under the “old methods,” the Stewards say, “the preaching…occupied itself exclusively with the eternal themes of ‘fleeing the wrath to come,’ and securing a home in heaven. The hardships of poverty, and homes on earth, had no place in their sermons…The teachers were almost always white men, and, it must be said, did their best… [but] the idea of the general improvement of the student did not seem to be present.”

Despite what were seen as religious and educational shortcomings, the community flourished in its intellectual pursuits. The Stewards identify that “Such books as the History of England; Burns’ Poems; Pilgrim’s Progress; Robinson Crusoe; Josephus; Plutarch’s Lives, Milton, and Shakespeare, were among those owned and read by the families. Perhaps few books were more highly prized by the devout than Baxter’s Saints’ Rest; but works of fiction were eagerly read and, we might say, studied, by many inhabitants of Gouldtown two and three generations ago.” 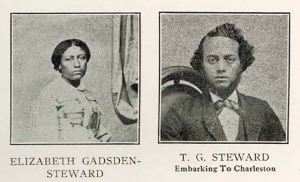 But the Stewards also note the lost opportunities, explaining, “Had they possessed the means and received the encouragement, several persons of the community would have made commendable progress in literature.”

As a farming community, Gouldtown contained none of the fertile land found in other South Jersey locations. The Stewards report that the reason the town “does not abound in wealth and culture is due in great part to the fixed habits of the people and to the fact that they have been all these years domiciled upon poor, timber-exhausted lands. The same labor, economy, and thrift which they have practiced here, employed in homes upon a more productive soil, would long ago have placed many of the industrious, sober, and self-denying families of Gouldtown in circumstances of substantial comfort, if not of affluence.”

Nevertheless, the authors assert, the residents remained firm in their determination, passing down the land to subsequent generations who “reared families and developed character.”

Determination was also on display in 1861. Ebony reported that the Civil War “afforded the community of free Negroes an opportunity to show their solidarity with their enslaved brothers in the South.” All the men of Gouldtown, it’s reported, offered to fight for the Union and notified President Abraham Lincoln that it would raise a regiment to fight in the war. “When that offer was rejected by the government,” Ebony reported, “the entire community felt rebuffed. Scores of Gouldtown men quietly slipped away from their homes and joined the Union Army as white men…”

The principal families of Gouldtown continued their South Jersey lives following the war as residents in what was, at least, one of the earliest Black communities in the United States. By 1952, it was reported that “there are over 800 Goulds still living in the five square miles that comprise the community. A total of 1,000 persons bearing the name of Pierce inhabit the section, along with 300 Murrays…”