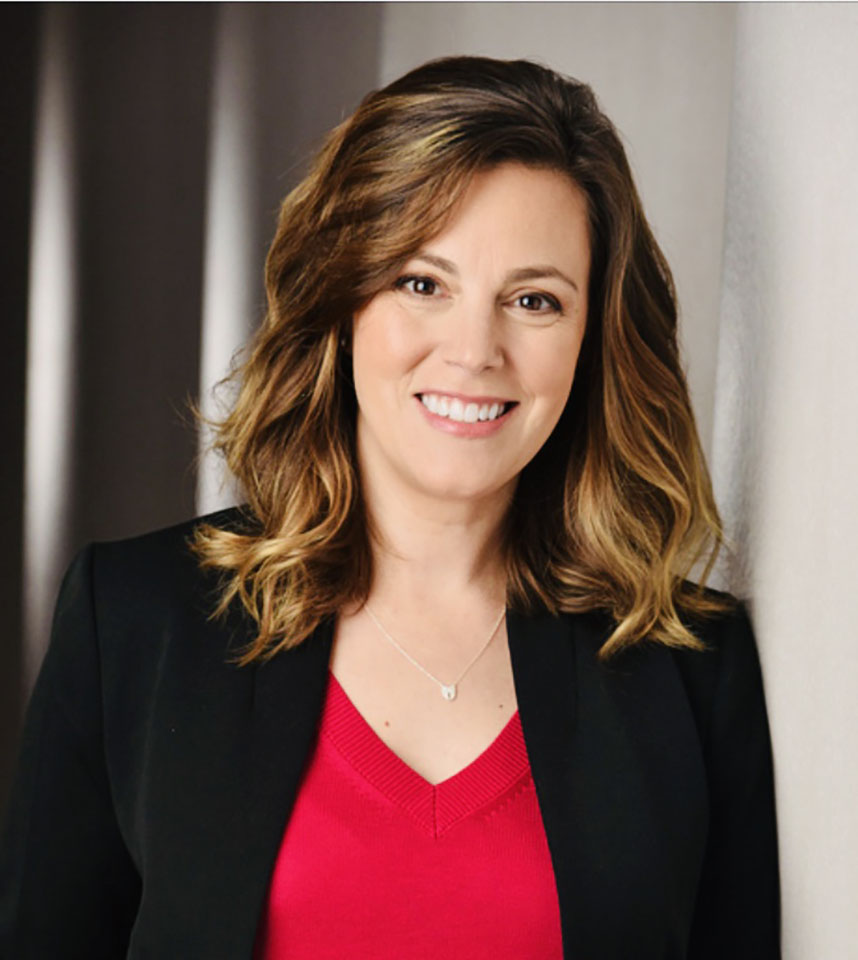 One of the beautiful aspects of being a human being is when we are able to overcome personal obstacles and use those triumphs as an impetus to help others overcome their own.

Melissa Helmbrecht is one of those people who perpetually ponders on how she can bring a person up, rather than tear a person down.

Helmbrecht, of Bridgeton, has dedicated her entire life to be of service to others especially in her role as a social entrepreneur.

“A social entrepreneur is … dedicated to finding solutions to serious social problems,” Helmbrecht says. “An integrationist [of] business, policy, [and] the arts in direction of change.”

Helmbrecht, founder of Hopeloft, in Bridgeton, states that she’s been a social entrepreneur her whole life.

“I don’t really remember a time where I wasn’t wholly focused on issues of social justice,” she says. “Like when I was eight years old, my grandmother had given me Life magazines and National Geographic and Time, and I would cut pictures out of Martin Luther King … [and other] pictures that represented change or social issues, and I would just cover my walls in these pictures.”

With the help of friends, she was also honing some important skills, which unbeknownst to her at the time, would be useful later in life.

“I would line up my stuffed animals and I would give speeches to them and practice,” Helmbrecht reveals.

Before she became a world-renowned social activist, Helmbrecht faced some difficult challenges as a teen. She was a student at Schalick and Cumberland Regional high schools but failed ninth and tenth grade. Her parents divorced, which caused her to have to move to Florida to begin anew. There, her grades continued to suffer as she bounced around to several different schools.

Eventually, she came to the realization that the universe had an important mission for her. Helmbrecht began volunteering at a shelter for battered women and children. This, in turn, led her down the honorable path of social activism, with an emphasis on assisting youth.

According to her bio, “[S]he was appointed at age 16 to a pilot project of the Points of Light Foundation, a concerted effort to advance volunteerism that was established by President George H.W. Bush. In this role, she won support to launch a program called Schools of Light to incorporate volunteering at all area schools.”

“The idea of Points of Light,” says Helmbrecht, “is that people like you and I have a role to play and contribution to make and he was trying to encourage ‘ordinary’ people all over the country to engage in their communities to volunteer to be active.”

Throughout her life, Helmbrecht has participated in many compelling activities. She attended the NASA Space Academy when she was 19 and met astronaut John Glenn. Also, after joining an organization called Space Adventures, she worked with another legendary astronaut, Buzz Aldrin, to help send the first civilian woman into outer space.

Later, she founded projects to assist young people feeling emotionally distraught after the Columbine massacre. After 9/11, Helmbrecht, according to her bio, “organized the United Day of Service, one of the largest youth-led initiatives in history. It drew more than 3,000,000 volunteers from 50 states and 150 countries.”

Currently, Helmbrecht is in the process of organizing another United Day of Service to celebrate the 20-year anniversary of 9/11, which will take place later this year.

In 2003, at 28 years old, she became one of the youngest women ever to run for a Congressional seat. Although she didn’t win, Helmbrecht gleaned a lot from that experience. On the campaign trail, “I would knock on a door and a mom would come out, or a granddad or a small business owner and they would want to talk about their kids, their grandkids, their neighborhood, their jobs, their vacation, the place that they volunteer,” Helmbrecht recalls. “Nobody talked about the issues … it was just connecting with people getting invited into their world for like five minutes, finding out what was important to them. And the things that were important were pretty universal.”

Her first campaign speech was “in a little theater in Arlington, Virginia,” where to her astonishment, she would discover that President George H. W., Laura, and the Bush twins, Jenna and Barbara, were in the audience. When asked if their presence made her extra nervous, “No,” was her reply. “I felt like I had prepared for it all my life, to the stuffed animals,” she says.

“[President Bush] played an instrumental role in my own transformation,” she continues. “And he, through his effort … it built my self-esteem and motivated me [to do] well in school. I … always had a fun place in my heart for him.”

During Helmbrecht’s journey, she’s also been connected with other celebrities, including Whoopi Goldberg and Kelly Clarkson.

So, what brought her back to South Jersey, and specifically, Cumberland County?

“You never know where the next world changing, breakthrough innovation, invention, movement is going to start,” Helmbrecht says. “I think about—there’s this image of one person in Tiananmen Square standing in front of a tank. Mother Teresa, in Calcutta, India—she’s in the poorest place in the world, with the poorest of the poor, and created a movement that will last for generations.

“I think that an authentic act of kindness, a person following their true purpose, people being in service together, anywhere in the world transforms the world…. Why can’t it start in Bridgeton? Why not us?”

Since coming back to our area in 2012, Helmbrecht’s social activism has, amazingly, leveled up. She runs CASA (Court Appointed Special Advocates) of Cumberland, Gloucester, and Salem counties, which is an organization established to assist abused and neglected children. She founded Hopeloft, a nonprofit that “provides families with a wide array of services, from emergency and basic needs to life coaching and career advancement.”

In November 2020, she became the national executive director of Give Something Back, a scholarship program established by businessman Robert O. Carr. This organization provides scholarships and other educational opportunities for disadvantaged students across the country.

While spending a majority of her days and nights fighting for the equal rights of others, Helmbrecht still had her own challenges to face. In 2019, she was diagnosed with autism spectrum disorder, which, according to the National Institute of Mental Health “is a developmental disorder that affects communication and behavior.”

“It was jarring,” Helmbrecht says of her reaction to this discovery, “but it helped me to make sense out of a lot of things…. So, the first thought I had was there’s certain things that—if you have x, you can recover from it. And I had been trying my whole life to change some fundamental things that were internal, that were difficult, that were challenging. And when I walked out of the doctor’s office with the diagnosis in hand, I was like this is just who I am. Nothing to fix, it’s nothing to heal. This is just who I am.”

Helmbrecht, who’s also an attorney, mentions that the diagnosis had “a profound emotional impact” on her life. “But,” she says, “it helped me realize … the reason that you’ve never thought about anything but this social justice path is because you hyper focus.”

To Helmbrecht, who’s currently “taking online courses in advanced mathematics with the hope of applying for a PhD in quantum physics in 2022”, having autism is instrumental in helping her to work 17 hours a day, seven days a week on her mission without getting distracted. “And that’s a blessing,” she notes.

Candidly, Helmbrecht also spoke about the curse of autism and why she’s thankful she found out she has it.

“There’s a couple of times in my life where I found myself in really dangerous situations. And I’d be like, ‘but I’m so smart. How is it that I find myself in this incredibly dangerous situation being victimized in this way?’ And I realized that with autism, you can’t see the signs, you can’t see the red flags. You can’t necessarily judge danger…. “

“I found it healing, but at first jarring.”

Helmbrecht is currently working on a URL she recently purchased with a goal to “give people like me a roadmap … to build community authentic relationships.”

By creating a roadmap, Helmbrecht is hoping to give people with autism a seat at the table. “And to really give people access to the autistic heart, which I think there’s a lot of value in,” she says.

Although Helmbrecht has received numerous accolades and awards, including the CBS Everyday Hero Award and the National Caring Award, and was inducted into the Frederick Douglass Museum and Hall of Fame for Caring Americans, her proudest moments have to do with being a mom.

“In kindergarten, my son won the caring award!” she exclaims. “It’s my kids, but him getting in the car and saying play Peter Tosh or Bob Marley was like, I’ve done it! I don’t need to do anything else. He’s eight years old and he wants to listen to Peter Tosh Equal Rights. I’ve done my job as a parent.”

Helmbrecht, is a shining example of a human being who’s overcome her own personal obstacles and used those triumphs as a catalyst to help others. The citizens of Cumberland County and the world are better off because she has.

For more information about Hopeloft and its programs, visit hopeloft.com.