Fundraiser to aid in restoration of Bridgeton wall. 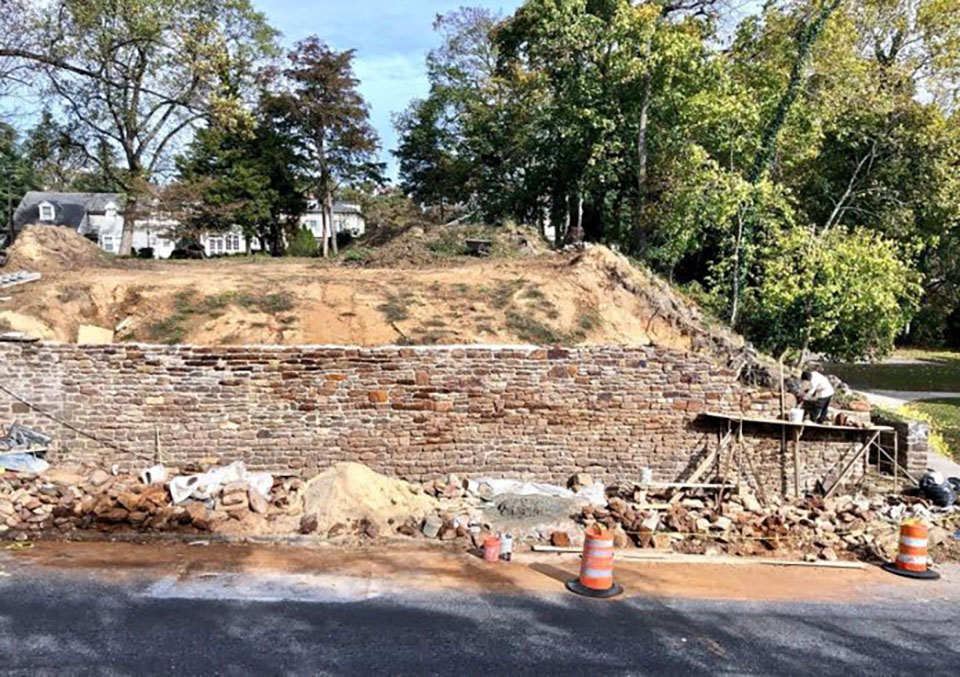 Photo taken while the West Commerce Street wall was still being worked on a few months ago.

Since the historic sandstone wall on West Commerce Street collapsed in the summer of 2018, many community members have come together to help rebuild and restore the local landmark.

Although passersby may see the repaired wall on their way in and out of Downtown Bridgeton, the work is still not complete.

According to a press release from Neighbors Helping Neighbors, the organization assisting with fundraising efforts for the wall, there is still a need for nearly $20,000 in funds to finish paying off the bills for the restoration. There are also concerns that another section of the wall on the eastern side of the property will need to be rebuilt, too. There is a GoFundMe page for collecting donations, but Neighbors Helping Neighbors is hoping to raise more funds by hosting a Mardi Gras-style fundraising event.

The party, which is being called “Fat Saturday,” will take place on Saturday, February 22 and is being hosted at the historic William Strickland House at 65 West Commerce Street in Bridgeton—just a stone’s throw from the wall. The hosts are Scott Edmonds and James Thomas, the proprietors of New Dodge’s Market in Elmer, NJ.

Although the event is free to attend, the organizers are hoping guests will consider donating to the cause or bidding on gift baskets that will be auctioned off to raise the money needed to cover the remaining bills for the wall.

According to a release from Neighbors Helping Neighbors, when the wall originally collapsed in 2018, the City of Bridgeton and Cumberland County would not pay for repairs because they asserted that responsibility for the wall rests with the property owners. An original estimate provided by City Hall for repairs totaled “more than $100,000,” according to the group’s GoFundMe page. And it would have contracted a firm from out-of-state to do the work.

Fortunately, Jeff Fogg, a Bridgeton resident (and structural engineer), stepped in to help. He drafted a workplan that would cost closer to $75,000 and would utilize a local contractor for the repairs.

Homeowner’s insurance would not assist with paying for the wall. But the City of Bridgeton was able to set aside some grant funds to reduce the bill by $25,000, according to the release from Neighbors Helping Neighbors.

The wall, which was built approximately 150 years ago, stretches along the property of Flavia Alaya, 84, and Sandy Fedema, 72. Alaya serves as the CEO and board president of the Center for Historic American Building Arts (CHABA) which, according to their website, aims “to make Bridgeton a case study of what conviction, spirit, and imagination can do to model innovative preservation as an engine of sustainable housing improvement, jobs creation, quality of life, and economic reinvestment in the largest historic district in the state.”

Anyone interested in learning more about the February 22 fundraiser or donating to the cause can contact Stefanie Modri by calling 609-364-9172.