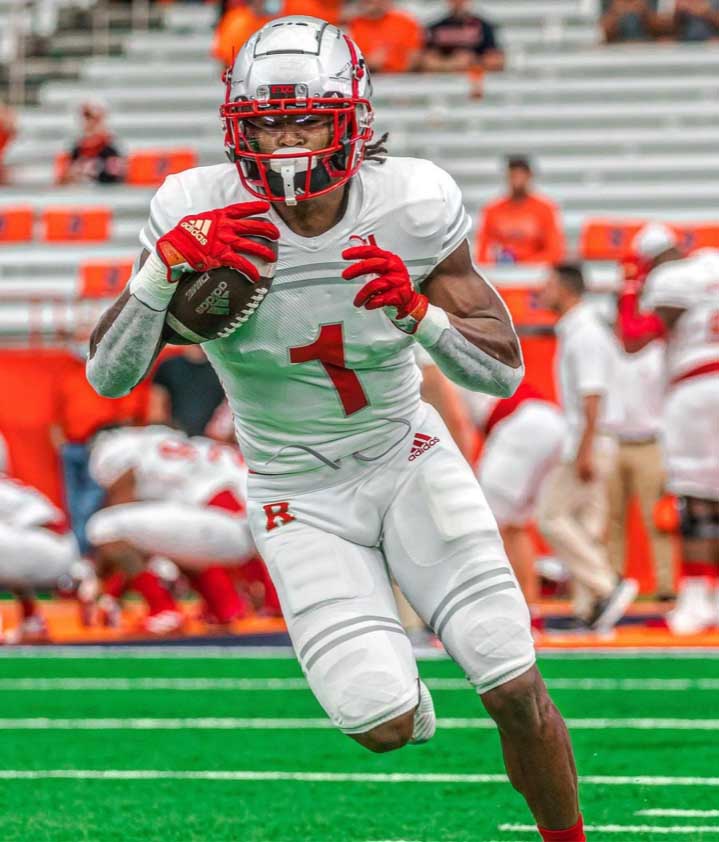 Starting all 12 games, Pacheco led the Scarlet Knights with 647 rushing yards on 167 carries with five touchdowns. The Vineland native posted a season-best 107 yards on the ground at Michigan, recording multiple-score games versus Indiana and Delaware. He finishes the season with 2,442 career rushing yards to rank seventh in program history, with his 563 carries sixth.

In addition, he is ranked 11th in the school record book with 3,039 career all-purpose yards. Pacheco was voted a 2021 team captain.

The day before he got the All Big Ten honor, the Rutgers running back announced he will forego his final year of eligibility and enter the 2022 NFL Draft.

“I am beyond grateful for my experiences at Rutgers University,” Pacheco wrote on Twitter. “To be able to stay home and represent my home state was truly a dream come true. … It is time for me to begin a new chapter.”

In his junior and senior seasons at Vineland High, Pacheco, as a running back and quarterback, led the Fighting Clan to its first back-to-back winning seasons since 1990-91. Vineland finished 8-2 in both 2016 and 2017. In his senior year, VHS outscored its opponents 374-132.

These teams were the culmination of a decade-long rebuilding program under Head Coach Dan Russo.