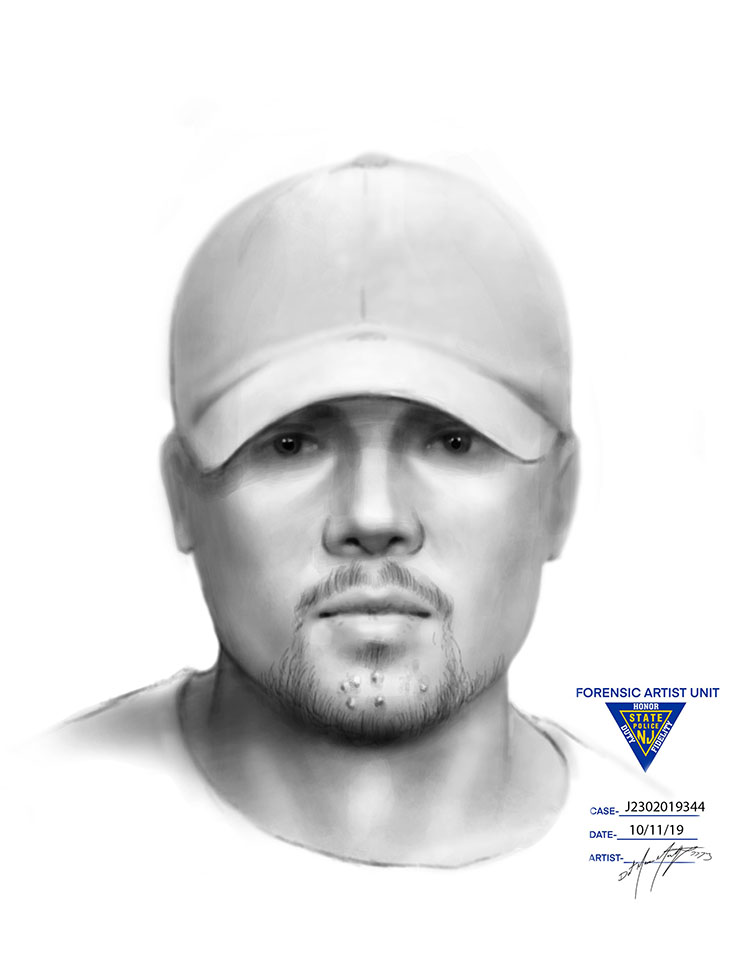 The search for Dulce Maria Alavez (age five) who went missing from the Bridgeton City Park Recreational Area on September 16, 2019 just before 5 p.m. continues. The Bridgeton Police Department, CCPO, the New Jersey State Police and the Federal Bureau of Investigation continue to investigate this matter.

This composite sketch was developed after a witness who recently came forward was able to provide a description. Authorities are asking this person (or anyone who may recognize him) to come forward, as investigators wish to speak with him as it is believed that he may have information that is helpful in determining the circumstances that led to Dulce’s disappearance. (This person is not being called a suspect or a person of interest. He is simply a possible witness authorities want to speak with.)

Anyone who can identify this individual or who has information about the case is asked to contact Bridgeton Police Department at 856-451-0033. The public is reminded that authorities will not question any witness about their immigration status. Information may be supplied anonymously by texting TIP411 subtext Bridgeton.

Also, the reward for any information leading to the whereabouts of Dulce Maria Alavez has increased from $35,000 to $52,000, according to Bridgeton Police Chief Michael Gaimari, Sr.

On Wednesday, October 9, Gaimari announced that unions representing state troopers, non-commissioned officers and superior officers of the New Jersey State Police have contributed $10,000 collectively toward the reward. Additionally, the Philadelphia Lodge #5 Fraternal Order of Police added $5,000 on October 4, and two donations of $1,000 were confirmed on October 7.

Law enforcement has been asking the public to submit any videos or photos of the Bridgeton City Park Recreational Area from Monday, September 16 from 3 to 6 p.m. The information from the photos and videos may be innocuous but it could potentially be valuable to the investigation to bring Dulce back home.

If you have any media from this time visit fbi.gov/alavez or by calling the FBI at 1-800-CALL-FBI, hitting option 4, then option 8.