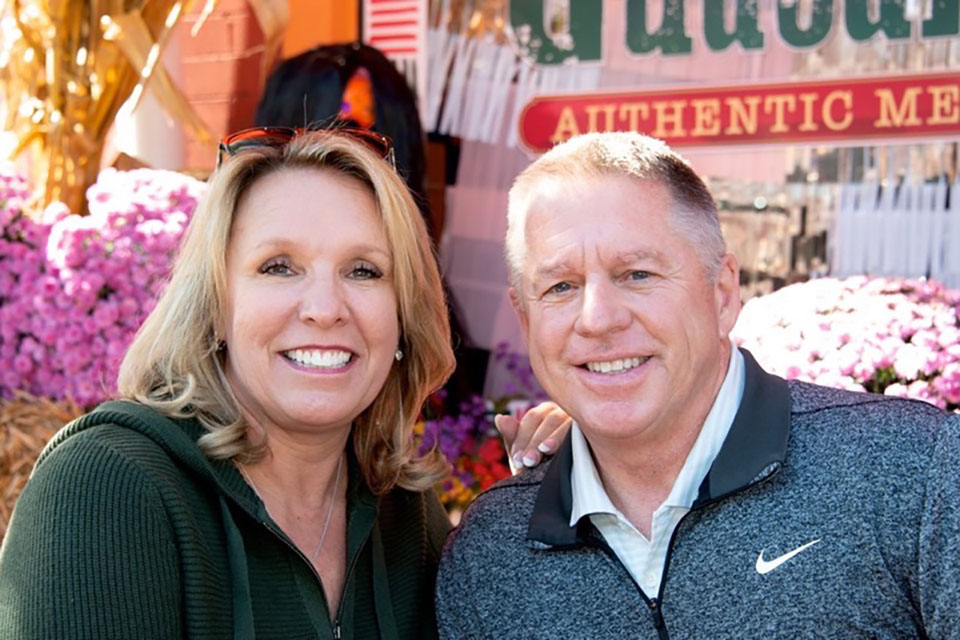 On Friday, July 24, the CompleteCare Health Network will host its 11th annual Cumberland County Legends ceremony at Greenview Inn at Eastlyn, in Vineland. (Event has been postponed from March 28 due to current health emergency.)

This special event is thrown each year by the organization to celebrate the honorees’ “unwavering dedication and lifelong commitment to making Cumberland County a better place to live and work,” according to a press release from the event’s organizers.

The honorees for this year’s event are the Trout Family, including Jeff and Debbie Trout and their children Teal (Kevin) Levick; Tyler (Lauren Trout); and Mike (Jessica) Trout, and their grandchildren Lyla and Landon Levick, and Savannah Trout; Austin P. Gould, former music teacher at Bridgeton High School; and Dr. Thomas A. Dwyer, orthopaedic surgeon and president/CEO of Premier Orthopaedic Associates.

Debbie and Jeff Trout are the humble matriarch and patriarch of a family that’s quietly played a tremendous role in helping to support and uplift their fellow sisters and brothers in need, in Cumberland County.

Deb and Jeff, married for nearly 35 years, met at one of Jeff’s Minor League Baseball games in Florida at the behest of his mother—he played for the Orlando Twins at the time—and have been nearly inseparable ever since.

After Jeff hung up his spikes, partially due to suffering multiple knee injuries, Jeff and Deb, who’s originally from Michigan, planted their flag in Cumberland County.

They both became employees of the Millville Public School system and coaches in youth sports leagues. Add to the fact that they became parents, the Trouts began to lay a firm foundation of community service that continues today.

“We have three kids and you’re both educators, [so] you’re naturally involved in the community, especially if your kids are active,” Jeff said.

“So, they kind of propelled us in that direction. We established our family here and we were determined to be involved and make it a better place to live.”

In their capacity as coaches and educators—Jeff was a history teacher at Millville Senior High School/Deb was a teacher’s aide at the Child Family Center—they witnessed some troubling circumstances taking place with some of their charges and their families.

Jeff recalled a time when Deb, who has an innate affinity for helping others, stepped up to the plate to assist the youngsters on his team.

“When I was coaching football, I remember Deb taking groceries to some of my players that were struggling [and] we’d feed them on Friday mornings,” Jeff said. “We’d [also] take groceries to players at their house[s], their apartment[s]. They appreciated it.”

Debbie, who was an assistant coach on her daughter’s softball recreational league teams, is the kind of person who’ll be in a drive-through at a fast food restaurant, get her food, then pay for the order of the person or people in the car behind her, with no hesitation.

“In my car, [I’ll] have bags of stuff for the homeless,” Deb said. “I put a dollar in there [and] in the winter, I put socks and

gloves and stuff like that. And Kleenex, toothpaste, gum, hair combs, bottled water, and a granola bar.”

Their children—Tyler, Teal, and Mike—have followed in Deb and Jeff’s footsteps to leave a positive imprint on our community. According to the Trout Family bio, “Tyler, their oldest son … along with his mom, Debbie, helped establish and continues to organize the annual Mike and Jessica Trout Golf tournament which has raised hundreds of thousands of dollars that go directly toward funding scholarships for students at Millville Senior High School.”

Daughter Teal initiated a program called “Manna from Heaven,” which has raised more than $10,000 for Cumberland County families in need.

Mike, three-time MVP centerfielder for the Los Angeles Angels, participates in many charitable organizations, including Big Brothers and Big Sisters. According to the bio, Mike, “along with Jessica—whom Debbie excitedly announced is having the next Trout grandbaby—donates countless hours volunteering and visiting kids at various hospitals across the country.”

They also, “[D]onated $50,000 to Cumberland County’s ‘Out of Darkness Walk,’ “which helps shine a light on suicide prevention and mental health awareness.”

As for guiding their children onto the path of community involvement, “We have always told our children to just be kind [and] treat people with kindness,” said Deb.

“I think Debbie hit the nail on the head,” Jeff added. “You teach your kids to be kind and giving and you set those examples as parents. Our motto [is] be a good person and everything will take care of itself.”

Jeff predicts that Cumberland County will benefit from their children’s drive to make the area a better place to live – for the foreseeable future.

“It’s a great thing to have people like Mike and Jess and his siblings (and their spouses) here that are going to be around and are going to be able to have an influence and impact on the county for years to come.”

Debbie and Jeff, who in their modesty, stated that they’re unsure they’ve even earned the right to receive such a prestigious award, are greatly appreciated by members of the community.

“The Trouts deserve any accolades they received,” said Dr. Mary Alimenti, Ed.D., and principal of Edgarton Christian Academy, in Newfield.

“They donated funds to renovate our PK play yard and they donated funds so that Edgarton Christian Academy could build a science lab,” she continued. “They do this in humility and from their generous hearts. They expect nothing in return and often no one, but a few of us, even knows what they have done for the families of ECA.”

Although they may think they are undeserving of the Cumberland County Legends 2020 award, the Trouts are still quite humbled to be a part of such a magnanimous event.

“We’re grateful to be recognized and honored,” Jeff said. “And looking at past winners and those we’re going to be honored with that night, we really feel blessed to be in that same company.”

Debbie and Jeff, who have this amazing skill of finishing each other’s thoughts and sentences during a conversation, shared some advice for those who are interested in becoming active in the community.

“You can make an impact,” said Jeff. “I think you can help a family. You can help a child that may not have it as good as you have it and they’ll never forget.”

“It doesn’t have to be material things,” Deb added. “Just to have a person to talk to [can also be helpful].”

“And I think someday, they’re going to pay it forward,” said Jeff. “I honestly believe that you can make a positive impact in people’s lives in the community to make it a better place. It’s not always easy, [but] you’ll feel better about yourself.” n