The contents of an animal’s scat are telltale remnants that offer clues as to whether the animal is a carnivore, herbivore, or omnivore—and so much more. 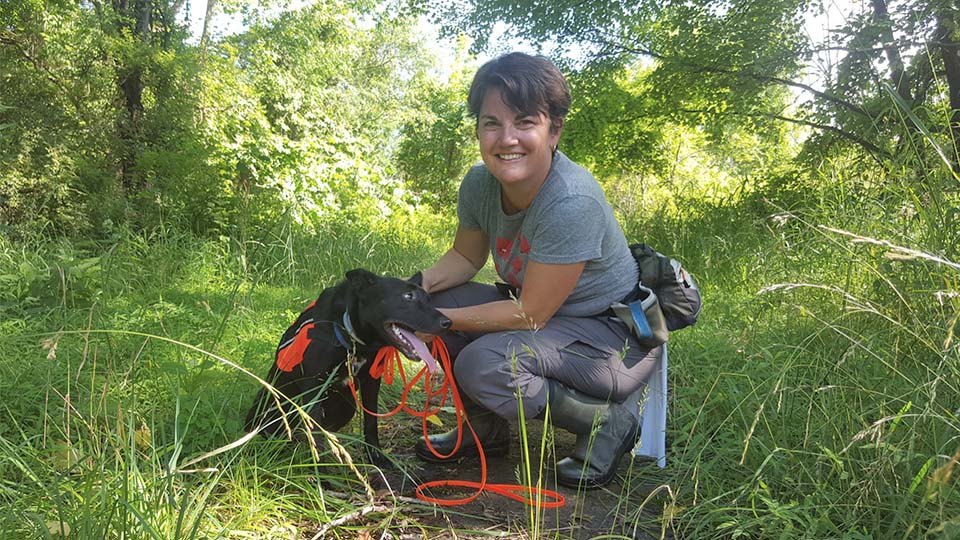 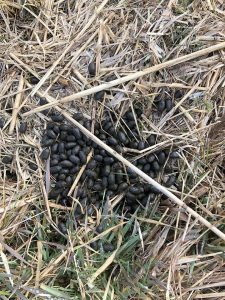 If you lead nature walks, are a wildlife biologist, a trapper, an exterminator, a hunter, or a wildlife watcher you probably have a working knowledge of scat. We’re not talking about the distinctive jazzy sounds of Ella Fitzgerald, Louis Armstrong, Mel Tormé or even Scatman Crothers; we are giving you a different scoop, the real poop—scat. But in the same way that their jazzy improvisations are an amalgamation of sound, an animal’s scat is a mixture that defines the food sources on which it depends, and a lot more.

Pinpointing scat in terms of what species left its sign has long been an interest of both professionals and lay people. Using visual identification, people who have acquired the skills can often tell you what species defecated simply by shape and color. The ability to identify these signs is considered part of the necessary arsenal for naturalists, so much so that there are plaster casts, posters, and books devoted to honing one’s proficiency. Nature centers are filled with examples of paraphernalia useful to scat evaluation.

Contents will give the observer clues as to whether the animal is a carnivore, herbivore, or omnivore. Is it green? Does it contain fur, claws, scales, seeds, etc? I’ll venture to relay a few visuals—rabbits leave small round balls, normally green and grassy, that dry to a brown color. Fox scat looks like that of a small dog but it has a twisted end. Deer scat looks like jelly beans the color of dark kidney beans, but it can also have a clumped consistency the shape of golf balls that resembles cracked dry earth. Some folks describe it as looking like chocolate-covered raisins.

Coyote scat is similar to a large dog and generally contains fur. A tan hue may indicate a deer and gray an eastern cottontail. It normally dries to a dusty gray charcoal color. Things can get complicated; for instance the male wild turkey’s droppings are straight or “J” shaped and the female’s is more of a spiral.

I often tell people on the trail, as 20 of us walk along, that we are not likely to see many animals in a large group. In fact, even by yourself animals are often very attuned to your presence and keep themselves well-concealed. But their signs are often left behind—fur, feathers, tracks, burrows, holes in trees, chewed vegetation, rubbings on trees, and yes, scat.

When biologists conduct surveys to discover what biota is present at a location, they look for these telltale remnants. They don’t necessarily have to see the species to know that it lives in a particular location.

Maybe you remember a biology class where the teacher distributed owl pellets, the undigested matter that owls regurgitate. The student’s job was to perform a digestive prey analysis by dissecting and reassembling the bones into a skeletal structure, then identifying the species the owl had consumed. On the other end of things, bones are often passed through the digestive system and still remain discernible.

Otter scat is one sample our nature hike participants can readily identify, because the fish bones and scales that are expelled often remain intact. Ichthyologists, or fish experts, can pinpoint fish species simply by examining the otolith, or ear bone, which is unique to each type.

Species identification is paramount to biological work when protecting creatures. Often an animal is imperiled by a shortage of a specific food source. An endless amount of information about what an animal has consumed can be gleaned from fecal remains.

Knowing what foods an animal relies on, along with their interdependences, are key elements to developing a successful recovery plan. Wildlife managers are continually evaluating habitat considerations in an effort to provide for a diverse suite of species. If enough collections are compiled, diets can be compared across geographic regions and across years and seasons just by using scat.

Much of this can be determined or inferred from visual evaluation. But today DNA analysis opens up the door to a wealth of new discoveries. When an animal defecates, a bit of its intestinal cells are shed and are present in the feces, allowing for DNA interpretation. The laundry list of what can be discovered with the proper financial resources is astounding—the specific individual, its sex, its paternity and kinship to other individual samples, its territory, to list just a few examples.

A collective of different individual specimens gives insight into many parameters, including the geographic ranges of the species, range of relationships, sex ratios, and medical condition of animals. Discovery is limited only by the size of one’s pocketbook. To make inferences about relationships between individuals and population size you have to have many samples. But first you have to “find” the samples.

In New Jersey the Endangered and Nongame Species Program uses a scat detection specialist—“Fly,” along with handler GIS specialist Gretchen Fowles. Fly is a cattle dog mix originally trained in Montana by Working Dogs for Conservation. She can identify bobcat scat, and coupled with DNA analysis New Jersey biologists are getting an understanding of the distribution of this species. Fly’s predecessor was “Bear,” who also helped to find endangered bobcats as well as pine snakes. Detection dogs can be trained to more than one scent; time availability and instruction are key to success. Fly is also being taught to find certain turtles.

Dogs have proven to be more successful in detection than remote-triggered cameras. For most target species trapping is more time-intensive, stressful, and not nearly as successful as results from well-trained dogs. The integration of dogs into wildlife programs across the country is yielding fascinating new knowledge.

Scat samples are important sources for determining not just what an animal has eaten but also information about its health, using clues from chemical and DNA content. Certain diseases, parasites, bacteria, and other problems can be deciphered from scat examination.

Excrement from the wild is not the only stool of scientific interest. You may be interested to know that the American Gut Project, University of CA, San Diego School of Medicine, is collecting a huge database of samples of human poop. They are developing cutting-edge DNA analytical methods linking gut microbiomes to liver disease, heart disease, depression, Parkinson’s, and other health issues (The Conversation, academic journal). You may also recall from news stories that some colleges were taking samples from student housing plumbing to determine whether COVID was present in specific dormitories.

So, the world of scat should not be taken lightly.