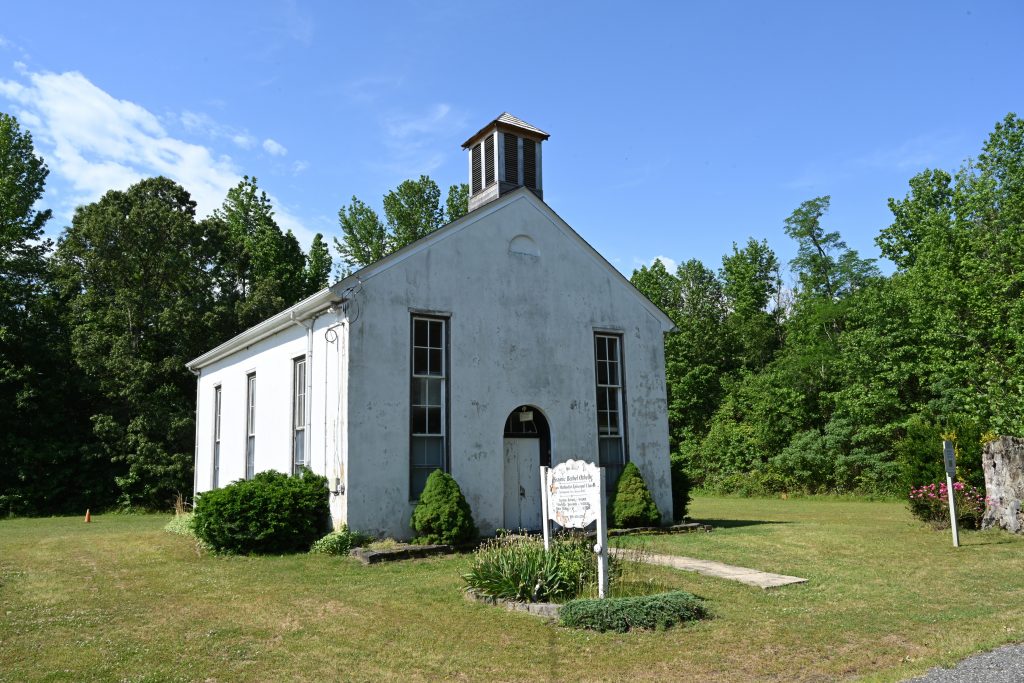 In recent columns, we have been sharing the stories of the Bayshore Heritage Byway. This route connecting historically important landmarks is new, created for modern tourists and residents to learn about our region’s rich history and natural beauty. But a more significant path ran through our area leading up to, and during Civil War times. It figured prominently in the African-Americans’ continual struggle for equality.

The Underground Railroad is said to have been active in western Cumberland and Salem counties in the mid 1800s. It was not a railroad line with track, but was a network of people who assisted African-Americans escaping from slavery in the South to reach freedom in northern states and Canada, using a series of safe houses to help people travel northward in secret. According to Giles Wright, renowned scholar of African American history, Springtown, located in Greenwich Township in Cumberland County, was established around 1800 by slaves who had been freed or escaped bondage in Delaware, Maryland, or states farther south.

The Bethel African Methodist Episcopal Church in Springtown is believed to have played an important role in the Underground Railroad in the area. How Springtown got its name remains a mystery. Some say it was the proliferation of springs there, but others say that it was because “it was a springboard to freedom for many slaves.”

Testaments to slavery in southern New Jersey remain. Since slaves were forbidden to read or write, they created quilts in order to leave stories for posterity. Those quilts, many of which still exist, served as a way for slaves to record milestones of their lives—births, marriages, and deaths, as well as beatings and the sale of a loved one. It’s said that quilts were key to the Underground Railroad. Quakers, who owned many of the stations on the railroad, would display a Jacob’s Ladder-patterned quilt to let runaway slaves know they were welcome in that home.

Our region’s proximity to the slave states in Delaware and Maryland made the Bayshore an important stop along the Underground Railroad. This movement of African Americans in our region has helped create the diverse makeup of the people here. The Railroad had two especially well-known leaders; they were Harriet Tubman and William Still. Both had strong ties to our region.

Harriet Tubman was known as “Moses” for the large number of slaves she guided to freedom as a “conductor” on the Underground Railroad. Tubman came from the Eastern Shore of Maryland, very close to the western side of Delaware Bay. In 1849 when she fled her own bondage she only knew two northern states: New Jersey and Pennsylvania. Her knowledge of New Jersey may have come from historic ties between Blacks of the Eastern Shore and the Delaware Bayshore. She escorted groups of slaves from the Eastern Shore of Maryland to Philadelphia and as far north as St. Catharines, Canada (now Ontario).

It is believed that Tubman’s route sometimes included New Jersey, perhaps as she guided slaves to freedom from Philadelphia to New York City. She spent the summers between 1849 and 1852 in Cape May, and winters in St. Catharines.

In Cape May she earned money working in hotels to finance her trips back to Maryland to escort more slaves as they escaped. Tubman made approximately 19 forays into the South, bringing out about 300 fugitives. These journeys were filled with peril. Harriet possessed endless courage; slaves who had second thoughts about their escape met with Harriet’s positive attitude and determination that each one would succeed. She is said to have carried a pistol and threatened to use it rather than risk having a failed fugitive divulge the secrets of the Underground Railroad.

William Still was born in 1821 in Shamong, New Jersey (formerly called Indian Mills) in Burlington County, not far from the Bayshore. He was the main chronologist of the Railroad’s operations. His parents emancipated themselves from slavery, and he worked on their New Jersey farm until the age of 23 when he moved to Philadelphia. By age 26, he had taught himself to read and write. He became deeply involved in the Philadelphia Vigilance Committee of the Pennsylvania Anti-Slavery Society. During his 14-year service providing aid and comfort as a “station master” to Southern slaves journeying to freedom, he recorded hundreds of interviews.

One narrative, entitled “Crossing the Bay in a Skiff,” tells of four bondmen’s trip across the Delaware. Their crossing took 15 or more hours, and with no knowledge of a safe haven they were bewildered. In this state of despair they were discovered by the captain of an oyster boat. The captain took pity on their exhausted and bedraggled state and ferried them to Philadelphia.

There, the story was recorded by William Still. His detailed account of these four terrified slaves afloat in the Delaware Bay is graphic and poignant. The bravery, compassion, and ingenuity that people of all colors showed in harboring slaves as they moved northward was monumental. Still placed himself in jeopardy in his devotion not only to helping slaves but by the mere process of recording their plight. His accounts were compiled in The Underground Railroad, 1871. Both Harriet Tubman (“Moses”) and William Still are profiles of Afro-American heroism.

The continual quest for freedom and equality still exists today, in the voices of courageous protestors across America. To ignore history is to remain indifferent to our fellow human beings. n

Special thanks to Wilbur H. Siebert and Christine R. Raabe for these writings.