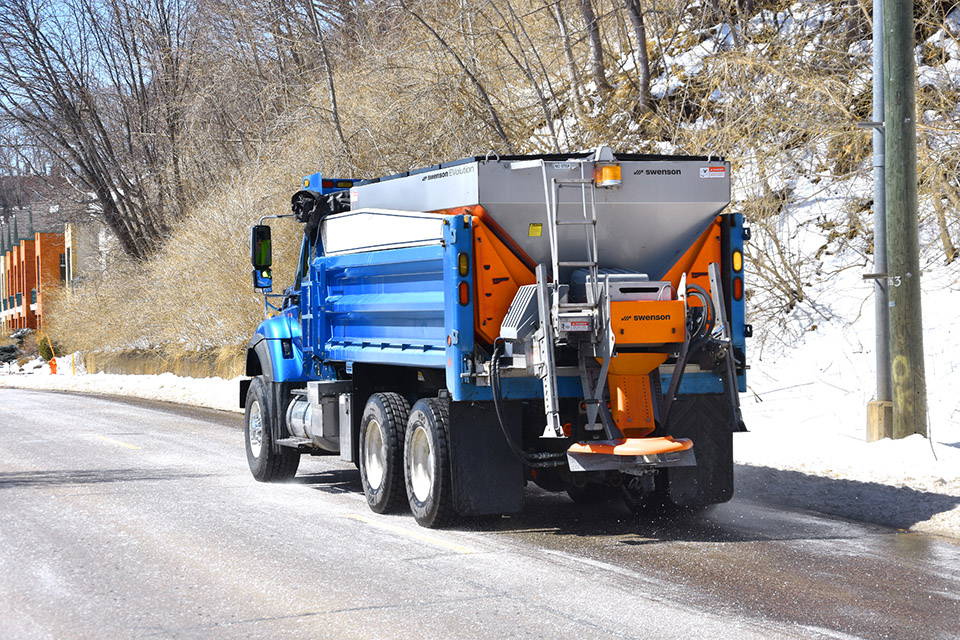 Last year’s long and brutal winter depleted road salt supplies throughout much of the U.S. As a result, a number of cities have experienced significant price spikes when placing their salt orders this year. At a time when experts are highlighting the environmental and infrastructural damage caused by excessive salt use on roads, new technologies are helping American communities reduce their growing dependence on salt, while still keeping roads safe.

The U.S. spreads up to 22 million tons of salt per year, a large portion of which finds its way into rivers, streams and soil. Numerous environmental groups and universities have documented the tremendous damage that road salt does to soil conditions, water quality and wildlife. What’s more, excessive road salt also damages roads and bridges, creating the need for millions of dollars’ worth of repairs nationwide every year.

Experts say all this salt is not necessary, pointing to Europe where, thanks to smarter technologies, less salt is spread on roads without comprising safety, even in countries with significant snowfall.

“The U.S. lags Europe by at least a decade in the adoption of smart salt spreading technologies,” says Marcus Scherer, senior vice president of research and development for Aebi Schmidt, manufacturer of Swenson smart spreaders. “Heavier, wetter salt sticks where it is put down and jump-starts the melting process. However, we still see some municipalities in the U.S. using dry salt, which is highly inefficient because it bounces or blows off the road before it has a chance to work. Even those U.S. cities that do use wet salt primarily use a mixture that’s less efficient than those used in Europe—as little as a 5 percent brine mixture in the U.S. as compared with Europe’s 70:30 ratio which includes 30 percent brine.”

Scherer goes on to explain that most salt spreaders currently on the road in the U.S. cannot handle the preferred mixture used in Europe, largely because their pumps and tanks aren’t large enough to accommodate the additional brine. In addition, they don’t offer precision placement technologies that carefully and consistently spread salt on the primary driving surfaces. Instead, they randomly drop excessive amounts of salt.

Experts say that smarter salt spreaders offer a variety of spreading patterns to cover multiple lanes simultaneously, allowing for greater coverage in less time so that salt trucks don’t need to make multiple passes to sufficiently clear the roads. As a result, roads can be driven on safely without delay, reducing labor time and related costs, which is attractive to budget-strapped municipalities.

According to Scherer, several cities in the U.S. have already incorporated smart Swenson spreaders into their fleets and have documented salt and labor savings as high as 35 percent. Such success opens the door to additional testing in other markets, especially given the public’s increased focus on the environmental impact of road salt and the growing burden of rising salt prices on city and department of transportation budgets.