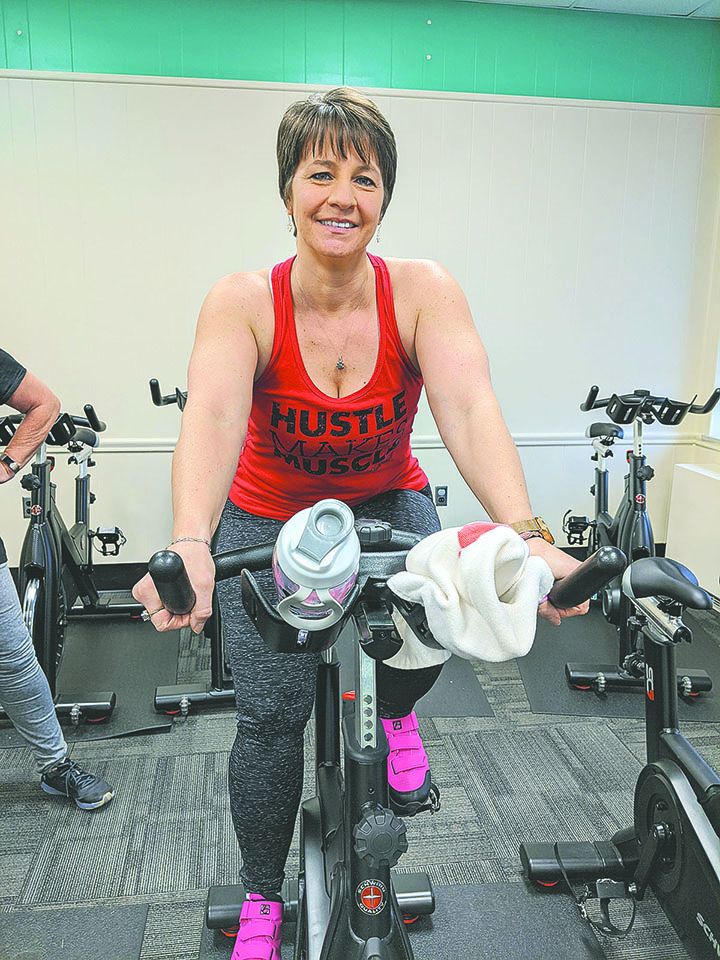 “The YMCA changed my life,” Sherry Reim, a 45-year-old lifelong Vineland resident, who had reached her highest weight ever by the end of 2016. She has since become an athlete, biked across the United States, and now lives a lifestyle of fitness.

Factoring in the occurrence of diabetes among her relatives, she “decided to do something drastic to get this weight off before I run out of time!”

Reim acted decisively in January of 2017. She joined the Cumberland Cape Atlantic YMCA and began to work out plus take classes there. Her first Spinning classes (which use specialized stationary bicycles) began that March. A month later, a friend invited her to ride in the annual Coast to Coast bike event.

“He knew if I put my mind to something, I’ll do it,” Reim explained. That spring, her first long outdoor ride of 15 miles was a big challenge.

Over the ensuing months, despite a back injury, Reim persevered. By working with Rebecca Tasso, her personal trainer at the Y, and by following a strict exercise regime, Reim was ready in time.

Her Coast to Coast ride was from March to April of 2019. It included rain, hail, sleet, and winds; 45 riding days and seven rest days; daily riding distances from 30 to 90 miles; 42 fellow riders; and approximately 25 of the nights sleeping in a tent. Bubba’s Pampered Pedalers (FL) organized the trek. It began in California and ended in Florida.

As she looks back on this epic experience, Reim credits the YMCA with her success. She had not biked or run as an adult, but she found motivation and confidence at the Y.

Reim said, “The Y has a friendly atmosphere where you don’t have to worry about your size or knowledge. It’s really not intimidating: no matter what your concerns are, everybody wants to help. They know that not everyone is the same.

“The YMCA provides wonderful camaraderie,” she continued. “The people in the classes are so supportive, and the instructors’ enthusiasm is very high. This encourages you to do your best. The instructors are interested in you, your goals, and helping you to get there.”

Noting that the YMCA’s classes inspire confidence regardless of participants’ weight, fitness level, or age, Reim uses her own family as an example. Her mother, Linda, started working out at the Y when she did in 2017. Linda now exercises regularly and capably. Whenever possible, they attend classes together.

Since Sherry Reim completed the 52-day cross-country bike saga, she has continued her commitment to fitness. Throughout the remainder of 2019, she completed numerous rides, runs, and a duathlon. Plans are already underway for more events in 2020.

Looking back, she said, “I lost 50 pounds and gained muscle when I trained at the Y for the Coast to Coast. I can’t say enough fabulous things about the YMCA’s instructors, classes, and equipment. Just as importantly, I made wonderful friends, and we all met in classes. I gained a second family though the Y. It’s my happy place!”