Writing in cursive is no longer taught in most schools and is becoming a lost art. 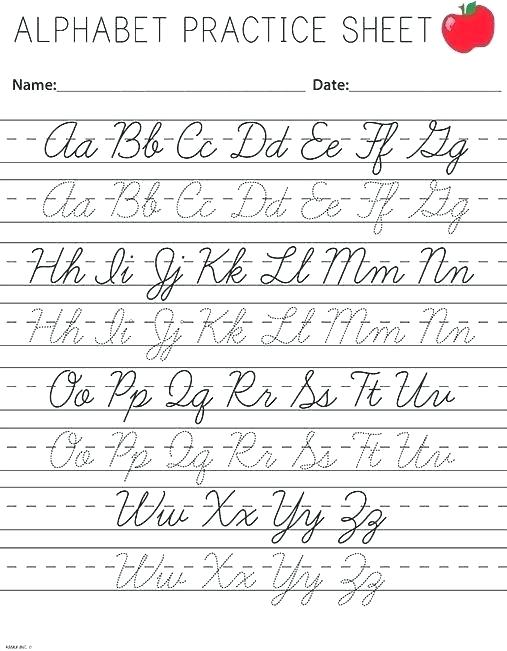 Growing up, I was one of those students who never took school seriously. I thought of school as just a place to hang out when all of the parents had gone to work. There were plenty of things that were taught to me during that time period of K-5 but I didn’t pay much attention. However, there was one thing that did stand out to me during my early school days—learning to write cursive.

Cursive in the year of 2019 probably sounds ancient to some and foreign to others. Cursive is no longer in the curriculum of everyday lesson plans. For most, cursive writing holds no memories whatsoever.

I learned cursive in the fourth grade, a grade I repeated. In two years of attending fourth grade, I attended five different schools in the Bridgeton Public School District. Thankfully, in some of those five schools, I was able to learn cursive handwriting. That was in the school years 2005-2006, just a handful of years into the 21st century.

“Let us all work on our p’s and q’s children, then let’s focus on our states and capitals,” said one of my fourth grade teachers at Quarter Mile Lane School. My fourth grade teacher at Bridgeton Christian School once told me that “cursive is a romantic handwriting, personal and intimate.”

As the years went by, the cursive teachings were starting to fade in my mind, as it seemed cursive was no longer a part of writing classes in the higher grades. Essays and papers were now expected to be typed. Cursive has almost become something that people no longer know anything about.

I don’t really have too many high school memories, yet there are some moments that I won’t forget. One, winning Miss Hollywood at my senior prom (because I never win anything). Two, taking the tests of all horrors, the SATs. I remember the testing process more than the actual test because it felt like it took forever. From trying to keep ourselves awake after getting up so early, to reading the introduction instructions on the test.

But what really surprised me was where we were asked to write our signature for the test. I wrote my name in cursive within three seconds. For others, it took some time. Not everyone knows how to write in cursive or if they could they hadn’t done it in a long time. A friend of mine looked over at me and mouthed to me “You know how?” I responded, “How do you not know?” This coming from a C student who nearly skates along.

That’s when I knew that cursive was surely becoming extinct. Learning about coding and other software is important because of the technology we are using, but what happens if you need to research books or journals from the past? What are you going to do if your employer writes you a note and you can’t read it?

I’m not saying that cursive should be a requirement, but it should still remain an option, maybe an elective. Besides its usefulness in learning history and other realms of study, cursive can give a person patience and a certain grace in penmanship.

Remember, you should always practice your p’s and q’s—whether you type it or write it, cursive is still something we all should be able to learn about.