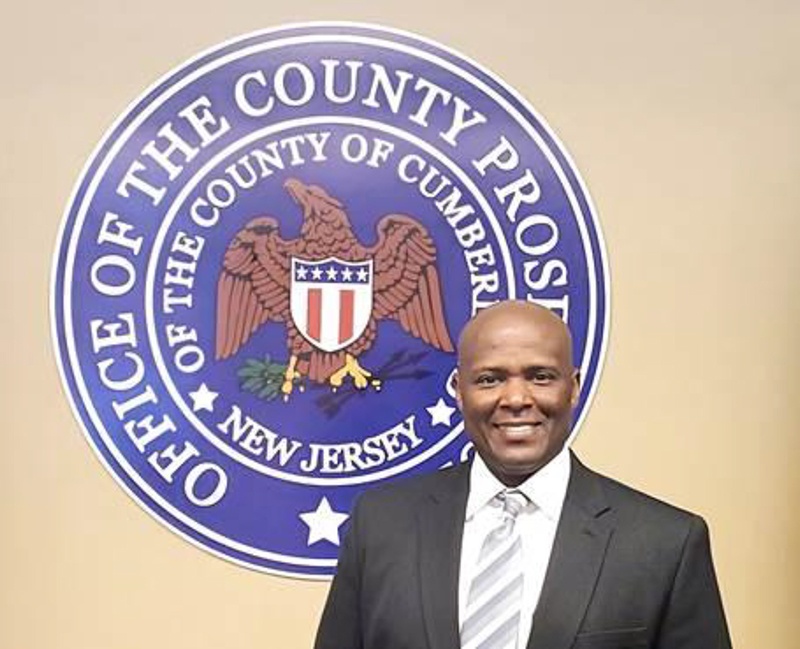 Prosecutor Jennifer Webb-McRae is pleased to announce the installation of her new Chief of Detectives, Mach Jackson. Chief Jackson started on March 15, 2021 and is a welcome addition to her staff. He replaces Chief Richard Necelis who retired in December, 2020.

Jackson retired as a Major from the New Jersey State Police in December, 2020.He is a native of Cleveland, Ohio, and graduated from Cleveland Heights High School in 1988. He continued his education at Kentucky State University where he earned a Bachelor’s degree in Accounting. Upon graduation, Jackson was accepted into the 116th Academy Class of the New Jersey State Police and graduated on December 23, 1994. He was assigned to Troop “A” Field Operations Section as a road duty trooper. During the course of his career, he was assigned to various general policing stations in southern New Jersey including Absecon, Woodstown, Port Norris and Bass River Station.

After 10 years of service, Jackson was selected to move to the Office of Professional Standards where he was assigned to various units. He served as an Investigator in the Intake and Adjudication Bureau and the Internal Affairs Investigation Bureau. He completed investigations on various complaints made by citizens against enlisted members of the State Police. Additionally, he reviewed internal investigations and prepared disciplinary charges for adjudication.

During his nine years in the Office of Professional Standards, Jackson was promoted to Detective Sergeant, Detective Sergeant First Class and Lieutenant. Thereafter, he was promoted to Captain and transferred to Field Operations Section as a Regional Commander in Troop “A”. After two and half years, he was promoted to Major and served as the Commanding Officer of The Office of Community Outreach and Public Affairs. Later he commanded Field Operations for both Troop “C” and for Troop “A” of the New Jersey State Police. He retired after 25 years of service in December, 2020.

During his tenure at the New Jersey State Police, Jackson received a Letter of Commendation for pulling two women out of a burning car and for locating and arresting an armed robbery suspect within an hour after the robbery. He earned a Master’s Degree in Public Administration from Seton Hall University in 2003. Chief Jackson is an active member his community (Galloway) as an organizer, coach, and referee.