The year 2000 contained the only leap day in a century year for this 400-year cycle, and many of us missed how notable its appearance was that year. 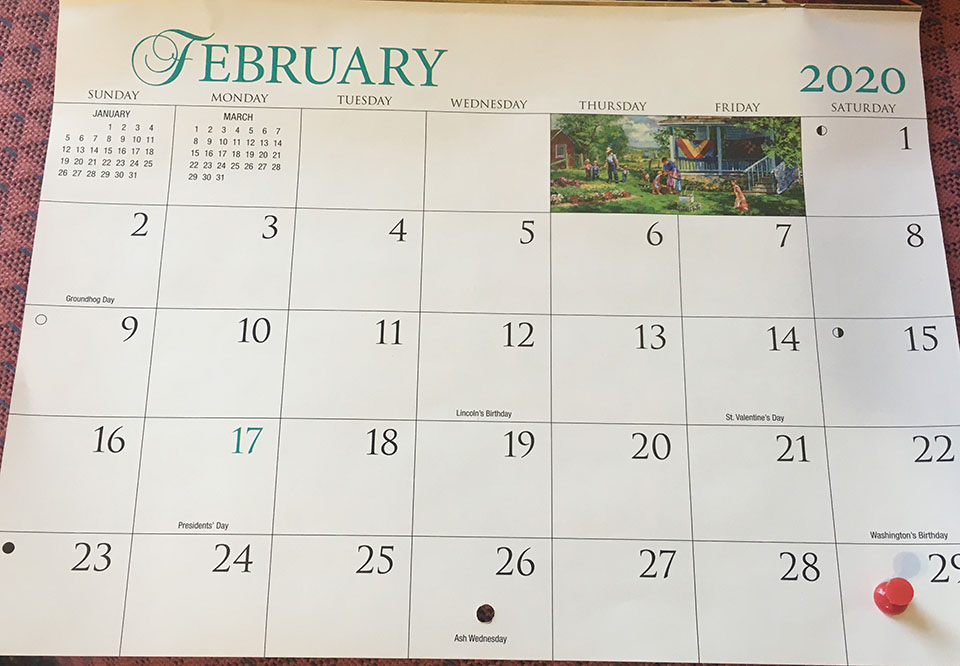 This being leap year, we’ll again be celebrating an extra day in February that comes around every four years to balance our solar-based calendar with the sun’s actual 365-day journey. A mix of scientific data and mathematical calculation, February 29 has built a reputation in the realms of fact and folklore that is a bit trickier than we might imagine.

For the record, the 29th day of February was common in the time of Julius Caesar, when the calendar inserted a leap day every four years. It was removed from February by Augustus, who added the leap day to the month that bears his name, but it was returned to its February position by Pope Gregory XIII in 1582. According online sources, it took a few hundred years for the Gregorian calendar to be adapted by all countries.

And, while the Julian calendar included a leap day in each century year (a year that ends in “00”), Pope Gregory limited the appearance of February 29 to only century years divisible by 400.

Those of us who were around to witness the arrival of the year 2000 were immersed in the Y2K panic, which centered on the fear that computers would not distinguish the “00” of the year from any preceding year ending in those same digits. This fear over a worldwide shutdown of systems joined the incessant debates over whether a century officially begins in a year ending in “00” (it doesn’t) and countless time capsules and projections of what life would be like in the next century and the next millennium.

These concerns swirled throughout the start of this century, distracting us from the only certainty that existed within those opening months. Thanks to the Gregorian calendar, 2000 contained the only leap day in a century year for this 400-year cycle, and many of us missed how notable its appearance was that year.

The change meant that in century years like 1800 and 1900, non-divisible by 400, a leap day would have to wait eight years before returning. Those who celebrated a birthday on, say, February 29, 1896 would have to wait until 1904 to get their day back.

Leap days have also taken on mythic qualities. Somewhere along the way, a tradition developed whereby a woman was able to propose marriage to a man and inflict a penalty if the offer met with refusal. Initially, this was thought to be based on a Scottish statute dating back to the 13th century, but the claim was refuted in the 19th century, and it seems likely the belief originated more as a folk tradition than a legal matter.

In 2010, the romantic comedy Leap Year, starring Amy Adams and Matthew Goode, brought this tradition into modern popular culture. Adams’s character, after years of waiting for her boyfriend to propose marriage, travels to Ireland to offer her own proposal on February 29.

Throughout the centuries, some significant figures have been born on a leap day, including Pope Paul III in 1468 and the classical composer Gioachino Rossini, best known for the opera The Barber of Seville and “The William Tell Overture,” in 1792. American film director William A. Wellman, whose movies include 1927’s Wings, the first film to win an Academy Award for Best Picture, the 1937 version of A Star is Born and the 1943 Western classic The Ox-Bow Incident, was born on February 29, 1896.

The next century leap year will occur in 2400. But before we begin to conjecture what life will be like in that year and speculate whether the time capsules from 2000 will be unearthed by its citizens, let’s go with a certainty. In century years divisible by 400 under the Gregorian calendar, January 1 is always a Saturday. So, in 2400, February 29 will arrive on a Tuesday.