With the approaching winter solstice, we can look forward to days lengthening as we turn our calendars to 2023 AD. 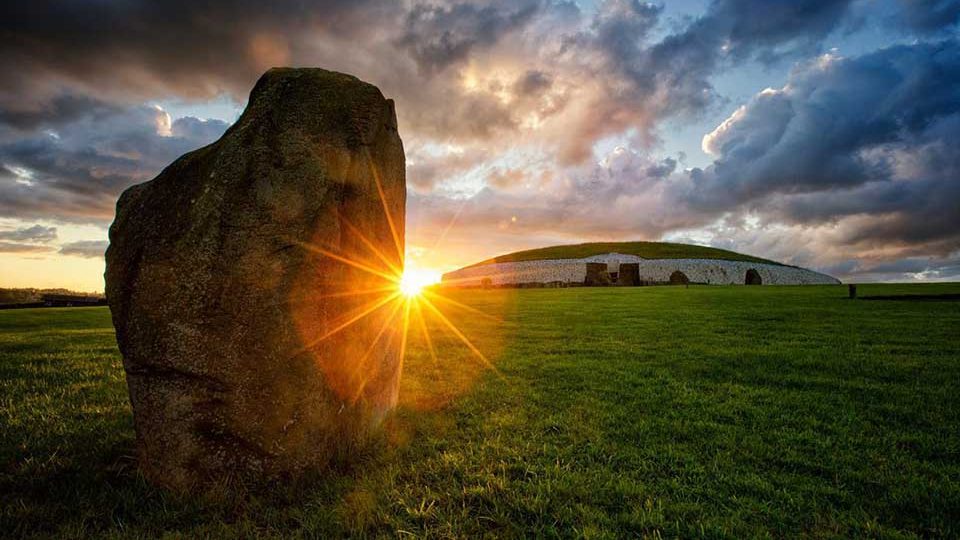 This time of year, as twilight falls earlier and earlier, I look forward to longer days and shorter nights. I think about times that predate electric, oil, and gas lamps, and contemplate how earlier people must have been so much more grateful than I for the turn of the year when days would begin to grow longer.

It is not surprising that people all over the world celebrate the winter solstice. Here in the northern hemisphere we view December 21st as the turning point—the date from which each day will lengthen. Conversely on the same date the southern hemisphere will celebrate its summer solstice, or longest day of the year. For us that occurs next on June 21, 2023, with each day growing shorter thereafter.

Let’s refresh our collective minds about the winter solstice. Around December 21 the northern hemisphere tilts farthest away from the sun, marking the shortest day of the year. But it also marks the point at which each day will become progressively longer, a reason for celebration.

Now contemplate ancient people and how fire was their only source of light that they could create for themselves. Because of this they placed much more importance on the stars, the constellations, and the moon’s glow. Lack of light dictated activities, which were surely minimized by darkness. Constellations became the source of study and folktales the world over. On average, people likely knew more about the stars and navigation than people today, with the exception of those who currently make it their vocation to understand such matters.

The winter solstice is rightly considered a turning point in the year by many cultures. Pagans called it the “Yule,” and it is considered sacred since it marks the birth of a new solar year. Our Gregorian calendar doesn’t line up perfectly with the winter solstice, and in fact leap year is an adjustment of our calendar’s imperfections. Our calendar is based on moon phases rather than the sun. That’s all I’m going to offer on the topic because of space and also mental capacity to understand such intricacies!

Around the world many of the most impressive structures/ruins from ancient civilizations are essentially solar calendars linked to the marking of the winter solstice and equinoxes. Most sites are steeped in culture and spiritual meaning. I’ve had the pleasure of visiting some of these locations.

Newgrange is both significant and fascinating. One of the oldest solar structures, it is located in Ireland’s Boyne River Valley, and at over 5,000 years old it predates the Great Pyramids of Giza (4,500 years old) and Stonehenge (between 4,000 and 5,000 years old), also known for their yearly predictions. The Sphinx aligns with the spring and fall equinoxes, when day and night are equal, and at Stonehenge the sun aligns with the Heel Stone on the summer solstice. When the sun sets on the winter solstice its rays line up with a central altar stone and the Slaughter Stone. Built in 3,000 BC, it is thought to be an astrological observatory and part of a much larger complex than is at first apparent.

I’ve visited Newgrange and the complex of monuments around it, including the two best known, Knowth and Dowth. There are 35 smaller mounds. These are called passage tombs, because a passageway leads to a burial chamber.

The Newgrange is a round structure built of stone walls with a kidney-shaped mound of dirt on top. The mound is 279 feet in diameter and 43 feet high, covering about two acres. It is surrounded by 97 large stones called kerbstones. They are engraved with megalithic art, much of which consists of maze-like spirals.

In 1969 Professor Michael O’Kelly, who studied the Newgrange extensively, unearthed a lightbox associated with the entrance door, which aligns with the rising sun between December 19 and 23. The dawn’s rays slowly illuminate a 62-foot passage leading to an inner chamber, lighting it for about 17 minutes. If the morning is clear the sun shines a very narrow beam of light down the entrance corridor.

O’Kelly’s daughter returned on the 40th anniversary of his lightbox discovery and described witnessing this neolithic highly engineered light show. “It was extraordinary, I remember seeing it in around 1969—all alone, just me and him. No cameras, no lights, nothing. The whole place was just illuminated. I’ll never forget it,” Ms. Watanabe-O’Kelly relayed. “He was the first person in about 5,000 years to see it.”

After this discovery archaeologists recognized the structure as much more than simply a passage tomb.

To construct this cairn it was necessary to have gifted astronomers, architects, and builders. The mysteries of the site and ancillary mounds continue to be studied and new discoveries are continually being made. DNA analysis leads archeologists to believe that these were mounds built for generations of a royal family, much like the pyramids of Egypt and the Mayan. The architecture shows complexity and elaborate amounts of effort.

Who gets to witness the solstice within this marvel of engineering nowadays? It is determined by lottery, with about 30,500 entrants from all over the world and 60 winners, who may each be accompanied by one guest. Local school children pull the winners, announcing their names and countries of origin. One news article described their excitement when entrants are from far-off places.

Twenty people a day over six days are taken inside each morning. If it is not cloudy or overcast, they may witness the illumination of the chamber. If you wish to learn more I recommend a YouTube video entitled “Winter Solstice Recording Monday 20 December 2021.” The pandemic allowed for the event to be filmed without anyone in the chamber, and offered a unique opportunity for the world to witness a livestream of the phenomenon.

Another world-famous site, much more modern and part of the Mesoamerican Mayan culture in Mexico, is Chichen Itza, dating from 400 A.D. There, the pyramid of El Castillo is also a solar calendar marking the equinoxes and solstices. It reflects the Mayan astronomical year, with four sides of 91 steps each totaling 365 steps.

There are more monuments that involve marking the end of the longest night and the birth of a new solar year: Maeshowe in Orkney, Scotland; Tulum, Mexico; Karahan Tepe, Turkey; and King Rameses II Temple, Abu Simble, Egypt, to name a few. I wonder how many more simply didn’t weather the test of time. Possibly next year we can discuss Machu Piccu or Chichen Itza, which have structures that mark equinoxes and solstices. Teaser: The Mayan ball game and court with its symbolism to light and dark is most interesting.

We connect yule logs and yuletide with Christmas. But both derive from the Old Norse word jól—as previously mentioned, pagan in origins. Yule relates to the winter solstice and rebirth of the sun, and is marked with revelry, caroling, wassailing, and festivities. Later, Christians in the British Isles simply adapted pagan festivals to celebrate the birth of Christ. Yule logs were originally an entire tree, burning for 12 days; thus the 12 days of Christmas extending until the 5th of January or the 12th night.

Solstice is Latin and means the “sun stands still.” On the evening of the 21st it might be fun to visit the Bayshore and watch the setting sun and enjoy the fact that it will set a little later each day, giving us longer days until the equinox on June 21. For me that is cause to celebrate. Yuletide greetings! n