What happens when you can’t take them out to the ballgame? 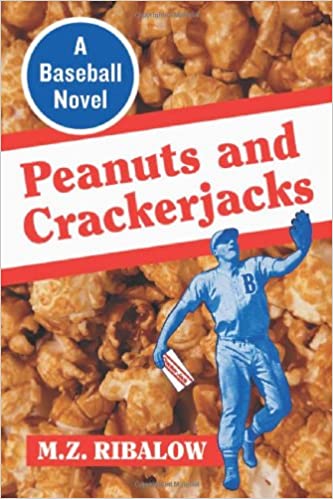 My grandson Gavin was already involved with tag football and basketball. As spring began this year, he said “Pappy, I want to try baseball.” The sport that has brought me joy every since I started playing—at eight years old just like he would, we thought.

I didn’t want him to change his mind and start thinking he might miss too much Fortnite to go out and learn to hit, so we went to Dick’s right away to pick out a bat, a glove and some oil. His dad Pete showed him how to rub in the oil, put a ball in the pocket, and tie the glove shut to soften and shape it—just as I had done with my daughter Kati, Gavin’s mom, 30 years before.

Gavin didn’t have to worry about baseballs because I’ve been snagging them at batting practice and games for 25 years, so he had about 200.

Four-year-old Luke took his swings, too, but also chased down those many balls as his brother hit them around. We went to The Phenom Factory in Millville and Gavin loved the batting cages, and hitting line drives into the far end of the net during his first visit made his eyes shine.

Tryout day came for Little League. There were lots of guys there—big and small, experienced and not so much, some with just a glove, some with those baseball backpacks with the two bats sticking out of them. Gavin threw the ball accurately, showed his decent swing, and got assigned to a team.

When I asked what position he wanted to play, he said “Catcher, just like my dad was.”

Then the shadow came—a shadow incomprehensible to the two young boys, and to most adults, too.

It became real for me the day spring training was shut down. My son Rich and I would never use our tickets to those games. Instead of us, the plane seats from Philly to Tampa and from Seattle to Tampa would probably be occupied by spring break looney toons.

Those 10 days where we annually connect with each other and to the game we love were erased.

Then, we heard from Gavin’s coach: The inevitable decision was made, and there’d be no Little League.

Gavin tried to stay in the routine, but The Phenom Factory was closed and playing with his school friends was now impossible.

I felt sad, but I was in denial back then about how long and dark the shadow would become for all of us everywhere. I’d say to friends it’s not much change for me, since I’m retired, I stay home most of the time anyway. I have my writing, I have my dinners with my wife Ceci in that intimate new restaurant called Our Kitchen, we take walks at the bluffs along the Maurice River. During those times I’m not sad, but after those times it creeps back. My denial has abandoned me now and I’m alone with my mind.

I mourn the lost opportunity for Luke to finish preschool and be more ready for kindergarten. Gavin having to interact with his friends only as little squares on a screen. Eleven-year old grandson Riley moving to a new school without saying goodbye to anyone. Ceci and I, because of our ages, facing many more months of confinement to our home.

These losses can never be recovered. Hopefully, the gains, whenever they come, whenever the shadow lifts, will make up for some of this. And I’m comforted some, about baseball and about life, when I think: Wait ’Til Next Year.

NOTE: Major League Baseball has discussed starting up by July 4 but with the players in quarantine and no one allowed to go to the games. I’m overjoyed.