Austin P. Gould is one of three county honorees. 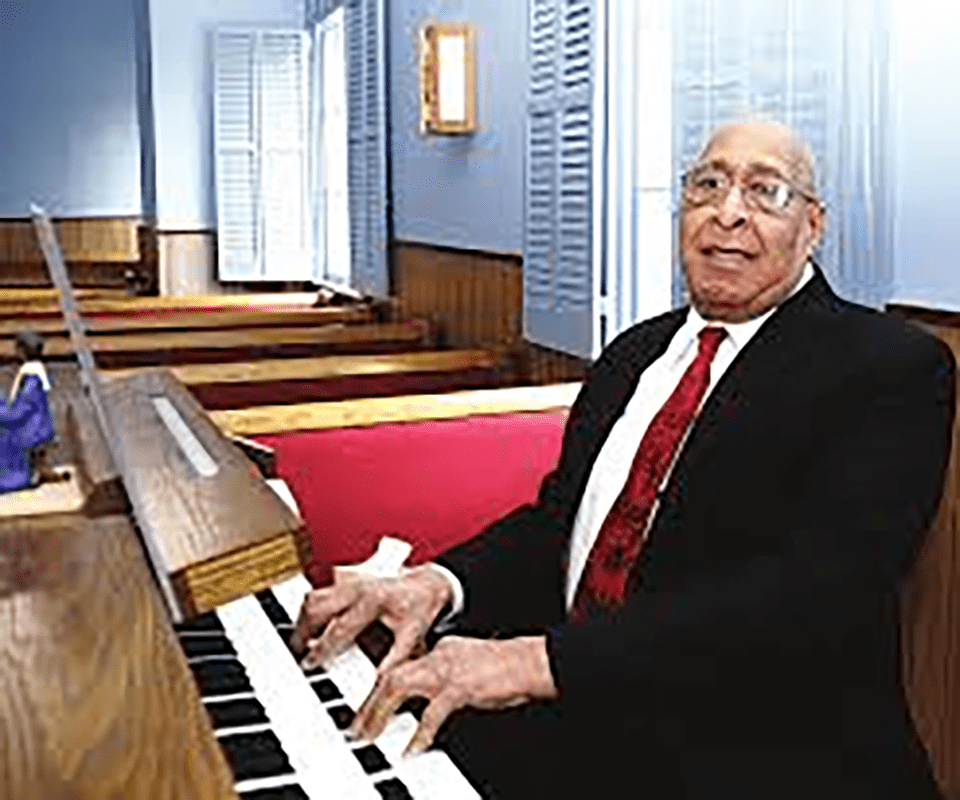 On Saturday, March 28, the CompleteCare Health Network is holding its 11th annual Cumberland County Legends ceremony at Greenview Inn at Eastlyn in Vineland.

This special event is thrown each year by the organization to celebrate the honorees’ “unwavering dedication and lifelong commitment to making Cumberland County a better place to live and work.”

The honorees for this year’s event are Austin P. Gould, former music teacher at Bridgeton High School; Dr. Thomas A. Dwyer, orthopaedic surgeon and president/CEO of Premier Orthopaedic Associates; and the Trout Family, including Jeff and Debbie Trout and their children Teal (Kevin) Levick; Tyler (Lauren Trout); and Mike (Jessica) Trout, and their grandchildren Lyla and Landon Levick and Savannah Trout.

Born and raised in Gouldtown, Gould, 89, is beloved by many Cumberland County residents for his community service work and his exemplary musicianship.

Gould, who worked for Bridgeton Public Schools as a music teacher, music supervisor, and choral director for more than 30 years, began taking music lessons around the age of seven.

“I started fooling around with the piano at an early age,” Gould recalled. “My mother had a piano and she encouraged me [to play].”

Gould’s love for and expertise in playing piano gave him the opportunity to meet and study under some world-renowned and groundbreaking pianists.

After he graduated from Bridgeton High School, Gould went to the Ornstein School of Music in Philadelphia, named after composer and piano virtuoso Leo Ornstein. Ornstein was considered by many as the creme de la creme of pianists in the early 1900s.

Years later, Gould attended Temple University, where he studied under trailblazing pianist, Natalie Hinderas, who was the first woman of African descent to play with the famous Philadelphia Orchestra.

According to an article on the Philadelphia Music Alliance website, “The San Francisco Chronicle called Hinderas ‘One of the great pianists of our era.’ ”

Gould wisely picked the brains of both legendary artists, which helped him to become an outstanding pianist in his own right.

“I learned a great deal from them,” said Gould. “I learned how to play skillfully and how to develop [my] own interpretation and not somebody else’s.”

As a concert pianist, Gould traveled up and down the East Coast performing in front of many jubilant audiences.

According to his bio, Gould “performed with the Temple University Choirs in performances of Bach’s St. Matthew Passion, Beethoven’s Ninth Symphony and Mozart’s Mass in “C” with the Philadelphia Orchestra.”

Gould, who listed Gershwin, Chopin, and Beethoven as some of his favorite musicians, shared two performances that stood out to him, amongst the others. One was his performance of George Gershwin’s Rhapsody in Blue with the Bridgeton Symphony in 1986 and another was his performance of Black Composers at the Millville Public Library in 1988.

“Some of the composers were really well known, like George Walker,” Gould said regarding the Black Composers concert. “That was very gratifying.”

As a music teacher, supervisor, and choral director for Bridgeton Public Schools, Gould left an indelible impression on many of his students.

“It has been both an honor and privilege to have worked with him as a student, teacher, mentor and most importantly, friend,” said Walter A. Webster, music teacher with the Commercial Township School District.

“Walter Webster was one of my prized students,” said Gould. “I started him at piano many years ago.”

Webster, who is also the founder and artistic director of the Off Broad Street Players, learned many valuable lessons under the tutelage of Gould, which he still employs today.

“I demand excellence with my students through hard work while trying to instill a lifelong love and appreciation for the arts,” Webster said. “I truly can say that Mr. Gould led me to my passion and occupation.”

In addition to being a musical genius, Gould has lived a life of service that, if replicated by the masses, would help make this world a better place to live.

Some of the awards and accolades he’s received for his lifetime of service to the community include the Outstanding Rotarian award, the Distinguished Service Award from the New Jersey Music Educators, induction into the Cumberland County Black Hall of Fame, as well as the prestigious Encore Award by the South Jersey Cultural Alliance.

Gould, who once spent time as a Board of Trustee member at Cumberland County College, now known as RCSJ Cumberland, had a positive impact on students and faculty members, according to one college representative.

“Mr. Gould has supported the College through the years on many levels,” said Patti Schmid, RCSJ Cumberland senior head librarian. “What always impressed me was that he showed up at our events and supported the students. He shook their hands and told them they did a good job. He knows many student and staff family members and asks about them as well.

“I have always had great respect for Mr. Gould.”

Gould, who has received several religious awards throughout his lifetime, thanks the church for instilling in him the mindset to want to take the time and effort to assist his fellow community members.

“It was just always in me,” Gould said. “I started right here at Trinity A.M.E. Church.” Gould has been an organist, choir director and co-chairperson of the Board of Trustees at the Gouldtown church and has enjoyed the many roles he’s played in helping to uplift the congregants.

Gould, who said modesty is a great characteristic to attain, is also looking forward to sharing the stage and meeting the other nominees because, “They really must be quality people.”

An avid sports fan, Gould also mentioned one particular person that he would be excited to meet, if he had the opportunity. “Mike Trout, you know, is a great baseball player. Hopefully, I don’t know, they’re probably in Spring Training. Hopefully, he’ll be here March 28.”

Whether it’s students or teachers or musicians or non-musicians, the impact Gould has had on Cumberland County’s citizens, as well as many others, is legendary, and could be summed up by this thought shared by Webster:

“I can never thank him enough for all that he has given me and the thousands of others who have been blessed beyond measure to have had the opportunity to work with such a talented and unique individual.”