In this digital age of streamed music, vinuyl records make a comeback. 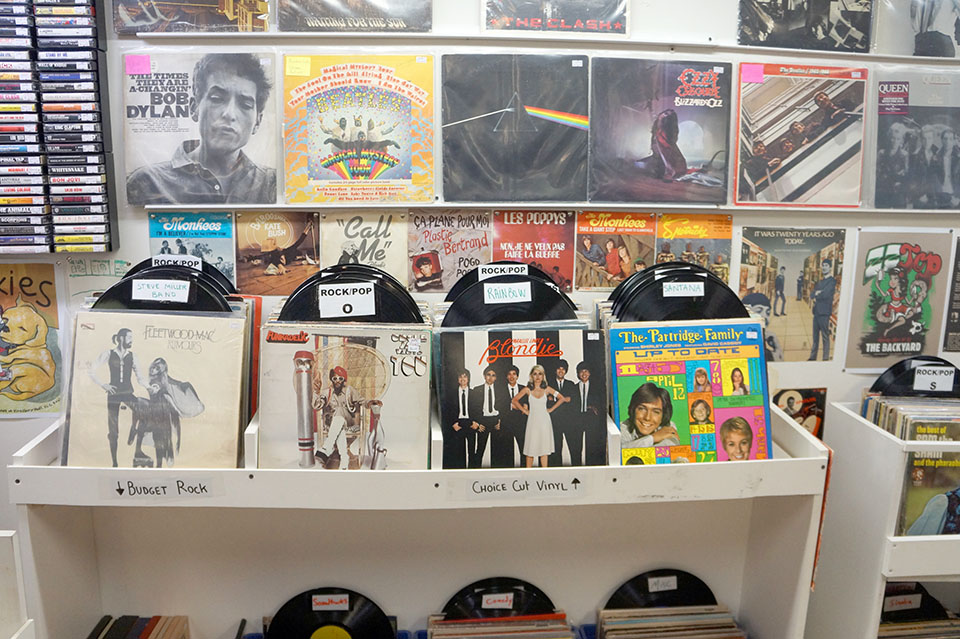 As a human being, if you live long enough on this heavenly sphere called Earth, you’ll begin to recognize a peculiar pattern that might make your head spin.

This peculiar pattern is manifested in oft-used phrases like everything new is old again and what goes around comes around, etc.

It is true that some items—especially in this digital age—become obsolete ostensibly never to be seen or heard from again, like floppy disks and pay phones.

However, some things that seemingly disappeared and were left for dead, have mysteriously and magically resurrected to the joy and wonderment of many.

That’s the case for a phenomenal revolution that’s been coined—the vinyl revival.

Similar to the story of the mythological Phoenix, the LP has risen from the ashes of obscurity and has triumphantly returned to, once again, stimulate the senses of music listeners all over the world.

The vinyl revival has also produced melodious tunes to the ears of business owners who earn their living selling music.

In what may come as a huge surprise to babyboomers and Generation Xers, millennials and those who are designated as Generation Z have been the torchbearers of the vinyl revival.

“Despite an explosion in digital and streaming music—including Spotify, Apple Music, Pandora and Tidal—consumers are spending more money on vinyl records, and more vinyl buyers are millennials,” Kate Rogers says in her 2015 article posted on cnbc.com.

Jaxon Munoz, a 17-year-old student at CCTEC and an intern with SNJ Today, has an interesting take on why his generation, Generation Z—with access to thousands, if not millions of songs at their disposal through streaming media—have become enthusiastic disciples of vinyl.

“[As for] the resurgence of vinyl, honestly, I feel like as much as kids don’t want to admit it, they want to be like their parents,” Munoz reveals. “So, my parents grew up listening to vinyls now we’re all bringing it back with listening to vinyls.”

Not only are millennials and Generation Zers purchasing albums at astonishing rates, but they are also taking it to the next level by establishing their own record selling businesses.

Patrick Fagan, an 18-year-old Vineland resident falls into that category.

Fagan is the proprietor of In the Groove Records, located on Landis Avenue, neatly nestled within the comforting confines of The Spot at The Ave.

Fagan began collecting records at the ripe old age of seven, after his mother bought him his first four albums: Ziggy Stardust by David Bowie, Led Zepplin 4, Jethro Tull’s Aqualung, and The Who’s Who’s Next.

“I would go to flea markets and yard sales and buy a bunch of them for cheap,” Fagan says when asked how he got into the business. “Then I would go into record stores [and] trade them in so I can get stuff I wanted.”

“Like a chicken hawk huntin’ for a chicken,” Fagan is constantly in hot pursuit of more records to add to his growing collection.

“I search everywhere almost every day,” he says. “Flea markets, yard sales, thrift stores, or people that say they have records they want to sell, I’ll go to their house [and] take a look at what they have.”

“To me [listening to vinyl] is the purest form that you can listen to music in, if you’re not going to a concert,” Munoz says. “You can really just sit there and feel it because the way vinyls work … it’s all the vibrations from the needle so you can really just sit there and, like, not only feel it in your soul, but you can almost physically feel it—if you got it bumpin’.”

“I think it’s just a cool experience looking at the album covers while listening to the music … how it was originally made to sound. It’s fun to hear all the crackles and pops that end up showing up over years of use,” Fagan says. “And, it’s just awesome … to look back at how people would have listened to music back in the day.”

Although streaming is still a popular way to access your favorite jams, there’s a palpable difference between streamed music and listening to vinyl, according to Munoz.

“Streamed music is good for background noise just so I can get through my day doing what I’m doing—and it’s great to ignore people with,” he says with a laugh. “But when you listen to vinyl, that’s when you’re really sitting down to it [and you] appreciate everything—like the heart and soul that goes into creating each piece.”

At In the Groove Records, Fagan has a wide range of albums traversing through different eras and genres from Frank Sinatra to Salt -N-Pepa to Rodney Dangerfield’s 1983 Grammy-nominated comedy album, Rappin’ Rodney.

“I sell mostly everything—jazz, rock, some hip-hop, most of the basics. I just don’t sell easy listening and that kind of stuff.”

However, for those of you looking for albums like The Carpenters Close to You and other LPs of that ilk, you’re not completely out of luck. Just check the dollar bin and you might mine some gold.

Now, what else can customers expect at In the Groove Records? “They can expect a well-organized, clean selection of vinyl,” Fagan says. “I also have cool custom-made hand-bleached T-shirts that I [get], just normal T-shirts from thrift stores, and repurpose them. I’ve got vintage stuff.”