They are less resource-intensive than animal-based foods. 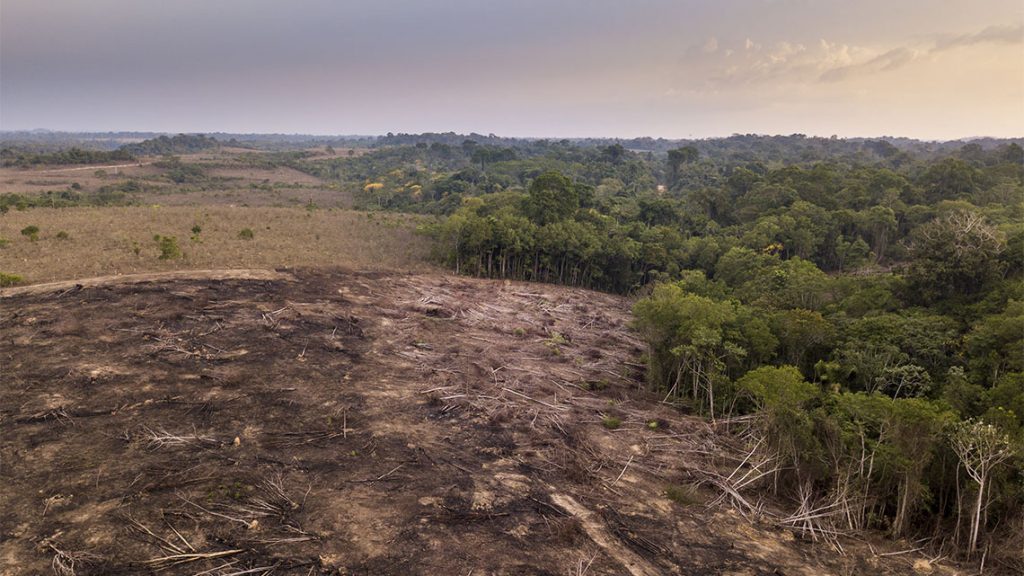 Cumberland County has a long legacy of agriculture, dating back to its earliest inhabitants, the Lenni Lenape who arrived 12,000 years ago. They grew corn, several kinds of beans, squash, pumpkins, and melons. Farming continued to expand in Cumberland County with the arrival of Europeans beginning in the mid-1600s. Today, Cumberland County has 70,000 acres of farmland and accounts for nearly 20 percent of New Jersey’s agricultural market. The abundance of farm stands and local produce is one of the many things I love about our area.

As early as I can remember, my dad grew vegetables in our backyard. His great-grandfather was a pioneer of the Jewish agricultural community of Norma, settled in 1888, in what is now Pittsgrove Township. He owned and operated a farm growing sweet potatoes on the west side of the Maurice River. Enthusiasm for raising and eating plants is in my lineage, but I never knew that a plant-predominant diet was beneficial to the planet until reading Omnivore’s Dilemma by Michael Pollan in a Sustainability class in graduate school. After grad school, an ecology job in California’s Central Valley introduced me to my first vegan role model, my supervisor, a dedicated environmentalist. We were to study populations of two species of endangered invertebrates that live in vernal ponds, which are seasonal pools of water that provide habitat for distinctive plants and animals. This was in 2012 at the onset of one of the most extreme California droughts, so there was very little water in the pools and almost no invertebrates to study.

As I explored Central Valley, I saw miles of farms and orchards and homemade signs that said “Pray for Rain” along the dry, dusty roads and fields. I also saw—and smelled—expanses of cattle in Concentrated Animal Feeding Operations (CAFOs), living in their own waste on barren ground with not a tuft of grass in sight. From these experiences I was inspired to research the impact of my eating habits. Here’s what I learned that led me to adopt a vegan diet. It turns out that animal agriculture is a significant contributor to the most serious environmental problems; it is a leading cause of greenhouse gas (GHG) emissions that contribute to global warming and climate change, water pollution, habitat loss, and decline in biodiversity.

The United States has the second highest total GHG emissions and the highest per capita GHG emissions in the world. There has been a significant increase in GHGs since the beginning of the last century due to human activities. These gasses are trapped in the Earth’s atmosphere and are responsible for the greenhouse effect, which causes increases in global temperatures and disruptions in climate. According to the 2006 Food and Agriculture Organization’s report, Livestock’s Long Shadow, the livestock sector is responsible for 18 peercent of GHG emissions, which is higher than the contribution from transportation worldwide (all of the cars, trucks, buses, and planes combined). The main sources of GHG emissions from livestock are methane from enteric fermentation (cow burps) and land-use changes, caused by deforestation to create pastures for grazing and growing crops that are then fed to animals. Trees store large amounts of carbon dioxide (CO2); it is released back into the atmosphere when forests are cut down.

CAFOs, also known as factory farms, are a significant source of water pollution. Ninety-nine percent of all U.S. farmed animals are living in CAFOs. They can produce as much waste as a small city, but without waste treatment systems to process it. CAFOs frequently dispose of untreated animal waste onto adjacent croplands. Growers often apply waste in excess of what is needed for crop production, which leads to contamination of local waterways. Only 30 percent of the largest CAFOs have permits as required by the Clean Water Act to control this pollution (EPA 2016).

We are currently experiencing the world’s sixth mass extinction event, but the first caused by human activity. There is a disappearance rate of 100 to 1,000 times the rate of natural extinctions that have occurred in the past. The expansion of livestock production is a leading driver of deforestation and loss of biodiversity, especially in Latin America. Between 2005 and 2013, on average, the expansion of pastureland to raise cattle was responsible for 41 percent of tropical deforestation. Despite covering only 10 percent of the Earth’s surface, tropical forests support at least two-thirds of the world’s biodiversity and store 25 percent of the world’s carbon. The United States ranks second among countries that eat the most meat per capita. If other countries ate meat the way we do, we would need five more planets to produce the required amount. Our food system is extremely inefficient in terms of land use, water use, and the calories produced. A calorie of meat requires 10 times as much water to produce as a calorie of food crops. Livestock grazing accounts for 26 percent of Earth’s ice-free land area, and 33 percent of farmable land is dedicated to livestock feed crops, but meat and dairy only produces 18 percent of the world’s calories. Thirty-six percent of the world’s food crops are fed to animals but if we instead fed those grains directly to humans, we could potentially support another 3.5 billion people. If the entire U.S. population switched from beef to beans, 42 percent of our cropland could be restored to natural ecosystems and/or more climate-friendly farming.

Transforming food systems and shifting to more plant-based diets is an important strategy for reducing GHG emissions and mitigating their impact on climate, according to the Intergovernmental Panel on Climate Change (IPCC). Altering diets can also reduce many forms of environmental degradation while providing healthier regimes. An estimated 93 percent of Americans don’t eat the recommended daily amount of fiber, which is only obtained from plant foods—fruits, vegetables, legumes, whole grains, nuts, and seeds. Higher fiber consumption is linked with lower risks of Type 2 diabetes and heart disease, the No. 1 killer in America.

The graph on page 9 shows the impact of different types of animal-based foods vs. plant-based foods, which can help you make choices that will lower your environmental impact. If you’d like to improve your diet and help the planet, for your New Year’s Resolution consider adopting one of the popular forms of meat reduction such as Meatless Mondays, Vegan Before 6 (p.m.), or Weekday Vegetarian. If you’d like to start with more incremental changes, instead of eating your usual burger, try replacing it with a plant-based burger.

We have more power over our food choices than any other driver of climate change, and small actions taken by many add up. Choosing to eat more plant-based foods and buying in-season, local produce are great ways to reduce your impact. Well-managed smaller farms are better for the environment and use more sustainable practices in comparison to large monoculture farms that require large amounts of pesticides and chemical fertilizers. Smaller farms are also more likely to grow a wide array of plants, contributing to local biodiversity, which benefits wildlife. We’re lucky to have so many local farms in South Jersey; let’s take advantage of it!

Sources:
Meat Consumption in the U.S.: Is It Increasing or Decreasing? (sentientmedia.org)
Food and Agriculture Organization. Livestock’s Long Shadow. 2006.
Cutting down forests: what are the drivers of deforestation? – Our World in Data
What the World Eats | National Geographic
Half of the world’s habitable land is used for agriculture – Our World in Data
Meat and Animal Feed (globalagriculture.org)
Most Americans are not getting enough fiber in our diets (nutrition.org)
Tropical forests have big climate benefits beyond carbon storage (nature.com)
NPDES CAFO Permitting Status Report – 2016 (epa.gov)

Also be sure to check out the restaurants where you can get a taste of some plant-based goodness: