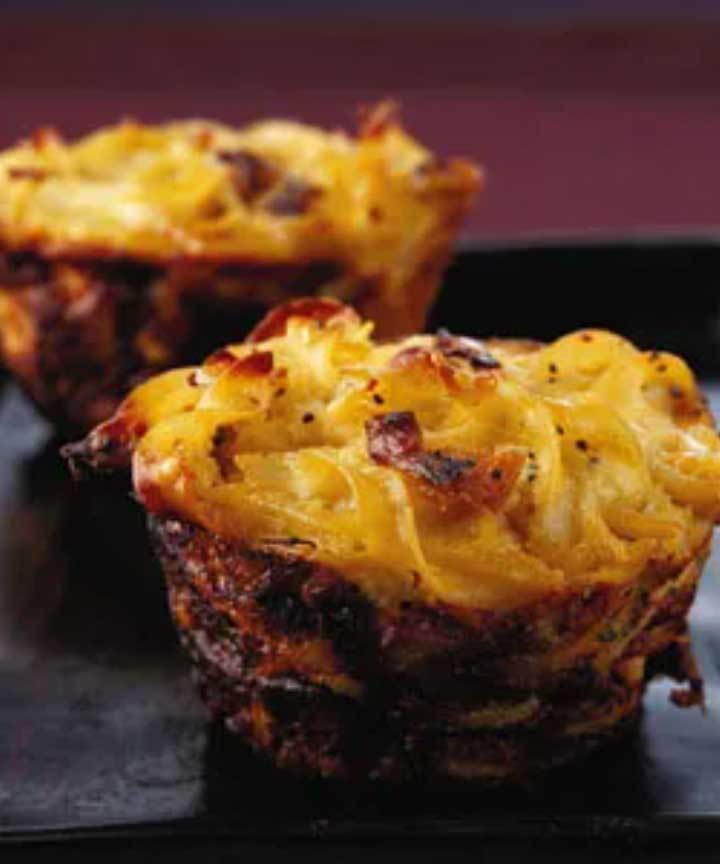 My mom’s mother, Mary Palinroda, was a cook for many Jewish restaurants in New York City way back in the 1930s. She accumulated a lot of recipes to add to her already extensive repertoire of Ukranian recipes, so that holidays at our house became an international feast of Eastern Europe delicacies.

Pierogies, kielbasa, red cabbage with caraway seeds, along with babkas, kruschki and apple cake were just some of the fare waiting for us at Grandmom’s house on Easter Sunday. One of my favorite was her Browned Onion Kugel.

Here is that savory recipe for kugel that goes great with the Hecker glazed ham!

Cook 8 ounces medium egg noodles as directed on package for just five minutes, until al dente. Drain and place in a large bowl.

Brown 3 cups chopped onions in a skillet in 1 stick of melted butter; this usually takes about 15 minutes or so. Add to noodles.

Mix thoroughly the following into the noodle and onion mixture:

Divide mixture among muffin tins and bake 20 to 25 minutes until puffed and browned.

Loosen edges of kugels and remove from tin, then set aside for five minutes to cool before serving. My sister Linda likes to sprinkle her kugel with cinnamon and believe it or not, it works well with the savory blend.

Jean Hecker has a BA in Home Economics Education from Rowan University and enjoys exploring all facets of the food and restaurant industry.