Baseball is about numbers, but next year’s rules just might take the heart out of America’s beloved pastime. 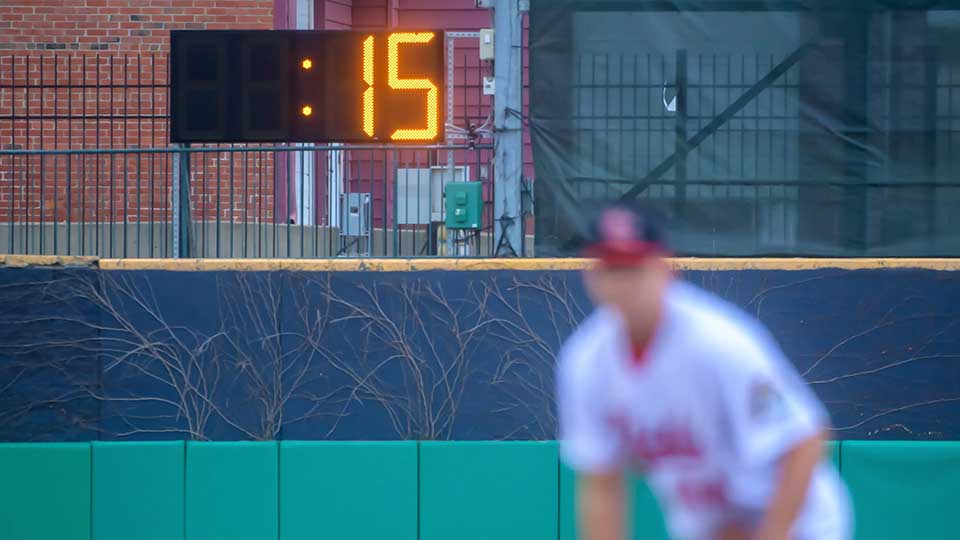 As we enter the World Series portion of Major League Baseball’s 2022 season and await the arrival of a new set of rules for next year’s games, we bid farewell to an era in baseball that successfully avoided being governed by a clock.

In 2023, pitchers will need to start throwing within a 15-second time limit or have that pitch recorded as a ball. Those throws to first base to catch runners with too long a lead will reset the clock, but a pitcher will be restricted to two tosses before risking a balk if he fails to pick off the runner.

Batters will also have some new concerns. They will have to be in the batter’s box within eight seconds of the 15-second pitch clock. Failure to do so will result in a called strike.

Baseball has always been a game of numbers, it’s just that MLB seems to want more. Think about it—numbers applied to the sport well before analytics began controlling the game several decades ago. And rules continued to modify them.

During baseball’s earliest years in the 19th century, the first team to reach 21 runs in a game was the winner. The 12-foot by 3-foot dimensions of what were called the “pitcher’s box” began to vary. Decades after the current pitcher’s mound was introduced, it was lowered by five inches. In 1878, according to the Baseball Almanac website, nine pitches originally constituted a walk, then eventually seven, six, five and four. And, until 1880, it was four strikes and you’re out.

Beginning in 2016, except for temporary rule adjustments due to Covid, there have been six rule changes, including those to be instituted next season. The previous six rule changes occurred between 1975 and 2008, half of which focused on player protection and prevention of cheating. You do the math.

So, why a clock at this juncture in time? It will place a leash on the game to restrict it to the quicker, shorter playing time that will theoretically draw new fans and bring back older ones. That won’t be achieved without sacrifice, but for the moment, as The Athletic reported in September, in the minor leagues, which instituted the pitch clock this season, “the average time of a…game is down 26 minutes this year, compared with the olden days of the pre-pitch-clock era.”

It’s only in this era that baseball is expected to move with the speed of a 100-mile-an-hour fastball through 162 games per team each year, but in its lengthier days, when players paced the game, it managed to captivate spectators, fuel rivalries and work magic. And it could inspire those in the world of sports as well as those outside it.

In his book about the making of the film Bull Durham, The Church of Baseball, film director and former minor-league player Ron Shelton notes that “the best American writers all wrote about our national pastime, even if it was no longer so…[baseball is] nuanced and difficult and physical – but it has an appealing vulgarity, an earthiness…It’s a game built around conversation, dependent on the verbal, ripe for storytelling. Baseball may be the only game where players on opposing teams exchange casual conversation between plays that at one moment are dormant but quickly explode…only to quickly slow back down so that conversation can continue.” We’ll see if there’s any opportunity for such dialogue next year.

Baseball is certainly about numbers, but it’s just as much about heart, as anyone following the Phillies this postseason witnessed. And if the sport has become an acquired taste, that’s not necessarily a bad thing.

It should be permitted to evolve gracefully, without restraint or affectation. And it should be allowed to remain what it has been for nearly two centuries—a game without a clock.