A blanket of snow serves up a world of good for temperature moderation and water supply—and it’s quite wondrous. 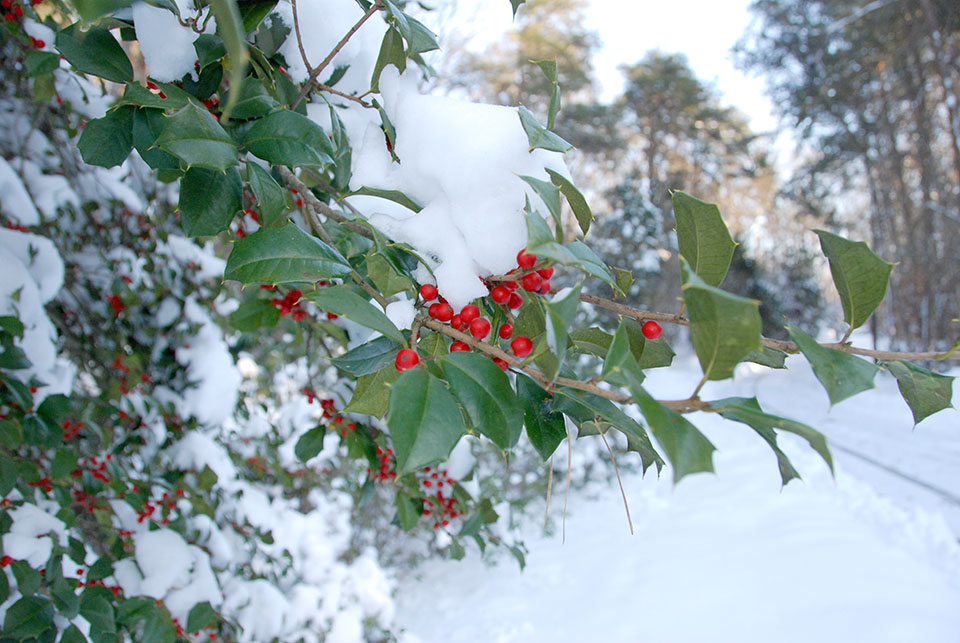 For the first 10 years of my life, I lived in northern New Jersey and my wish each Christmas was for a blanket of holiday snow. Maybe I saw Bing Crosby, Rosemary Clooney, Danny Kaye, and Vera-Ellen in the film White Christmas one too many times. The movie was made the year I was born and it played often on television (oh boy, I’m dating myself now!). The romantic musical comedy takes place at a Vermont inn that is snow-reliant for business, and there hasn’t even been a flurry. Thus, the inn is on the skids. Ultimately, the singing performers hope to save it by bringing a Broadway show to the quaint resort. In theory this will bring customers with or without snow. Spoiler alert—a love spat is resolved, there’s singing and dancing, and of course it snows—and everyone lives happily ever after. Not really much of a spoiler because all movies from the 1950s and ’60s are pretty formulaic. Especially Christmas movies.

When I lived in northern New Jersey, snow for Christmas was almost a given, but when we moved to southern New Jersey it was hit or miss. For me Christmas and snow have always been synonymous and I want the formulaic ending! I can hear the Grinches and snow haters crinkling their newspapers now. But come on, there is nothing like a full moon on a newly snow-covered field or leafless wooded area. The shadows of the bare branches on a blanket of snow—now that’s magical. After a woodland hike in the white stuff, give me a cup of hot chocolate, a blanket, a crackling fire, and the corniest Christmas movie, and that’s ecstasy.

Lest you think this is a write-up for some dating website let me cut to the chase. A blanket of snow serves up a world of good. Seasonal snowfall helps the Earth to regulate its temperature. NOAA (U.S. National Oceanic and Atmospheric Administration) reports that about one-third of the Earth’s land surface is covered by snow for some part of the year. Therefore snow reflecting solar energy plays an important role in keeping the planet’s surface cooler and holding back global warming.

Then there’s the world’s fresh water supply that relies on snowpack. The snow releases large amounts of water, but at a slow pace, filling rivers and streams. In a frozen state it is stored. However, a warming planet disrupts this process by causing swifter melting, which depletes the reserves too soon. This can result in floods or no fresh water being available later in the year for crops and human consumption. The U.S. Geological Survey estimates that 75 percent of the water supply in the western states comes from snowpack! Here in the east, New York City gets its water from northern New Jersey reservoirs and the New York Catskills where snowmelt is also a critical player. There are endless similar examples across the country. In many places in the world, glaciers and melting snowpack are the only annual source of water.

We still see national reports of record snowfalls, and therefore some people are quick to proclaim that climate change is a hoax. Although some events are in fact extreme, we have to look at overall historic trends. NOAA reports that on average over the last 50 years spring snow is disappearing sooner than it did in the past. And our icecaps are swiftly melting.

The effect of snow is of global significance, but it influences regional weather patterns as well. When the snowpack cools and combines with warming soils it will influence spring and summer rains and their duration. Currently, western states report that their droughts have caused fire season to be a year-round event. The loss of western forests will further aggravate climate change since trees play such an important role in removing carbon dioxide (sequestration), the principal greenhouse gas that causes climate change.

Conversely, there is a whole study of the “warming effects” of snow. A group of scientists called “winter ecologists” are researching the subnivium, or environment beneath the snow. Snow blankets actually keep things at a constant temperature and many plants and organisms rely on these insulating properties for warmth. Duration is also important; should the snow not be as deep or last as long these organisms would be subject to the cold.

There is no doubt there are many costs associated with snowfall—snow removal, accidents, roof collapses, bad backs, and heart attacks. But for every loser there is a winner of sorts in those scenarios, too. Just ask the people who are paid to drive the snow plows, manufacture snow removal equipment, sell road salt, do auto body work, repair roofs, and fix backs—and the children who miss days of school! And yes, like the Vermont inn in White Christmas, many recreational businesses and local economies depend on sustained blankets of snow. The part that snow plays in the ecosystem and economy is critical.

You may want me to bite my tongue but you guessed it—I’m stilling wishing for a white Christmas. Bring on the snow! And I plan to find the corniest old flick, make a spiked hot chocolate, and yup, I’m even going to wait up for Santa. Eat your hearts out, this romantic is dreaming of a white Christmas. Happy holidays!