Top of His Game

College baseball coach Keith Gorman takes a position at a Division II school, looks back on a storied career in South Jersey. 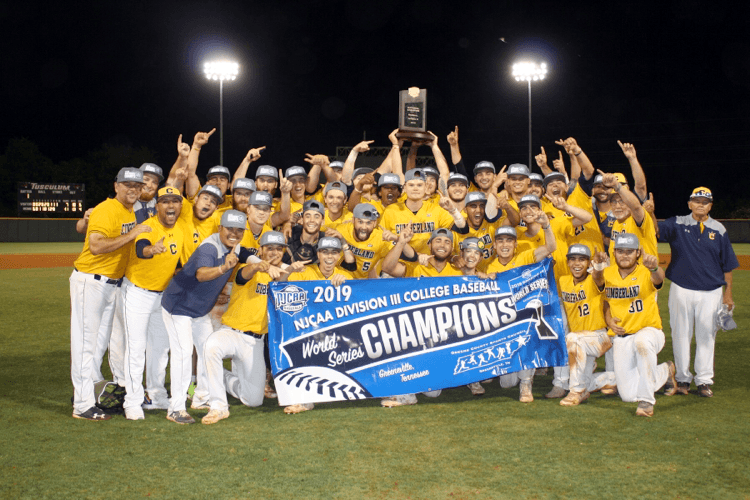 In the world of sports, as in life, change is the only thing that’s constant. On May 29, the Cumberland County College Dukes baseball team defeated their longtime nemesis and arch-rival, the Rowan College at Gloucester County Roadrunners in the NJCAA Division III Baseball World Series, held in Greenville, TN, to earn the title of best Division III baseball team in the country.

On June 19, the Cumberland County College (CCC) and Cumberland County communities celebrated the school’s first ever National Baseball Championship by honoring the Dukes with a special parade and a well-deserved ceremony.

Then, on July 24, it was announced that Keith Gorman, the highly successful baseball coach and athletic director at the newly formed Rowan College of South Jersey (RCSJ), is taking his talents to North Carolina, where he has accepted the position of head baseball coach at Barton College, a Division II school.

Gorman, who has been CCC/RCSJ Cumberland’s baseball coach since 2011, and the athletic director since 2013, is excited to embark on this new endeavor and is thankful for the experiences he had working at the college.

“I don’t know many people that get to that point in their lives when they feel fulfilled by their profession, and I certainly do,” Gorman says.

Gorman, a Kansas City, MO native, has been involved with sports since childhood: “I grew up the son of a coach, my father was a basketball coach and a baseball coach. I grew up in the gym, grew up on the fields. Sports, from the time I can remember, were a major part of my life.” Gorman played baseball for many years and tried to pattern his game after his favorite ballplayer, Hall of Famer George Brett.

“George Brett was a very hard-nosed player,” Gorman says. “His uniform was always dirty. He was bleeding, he didn’t wear batting gloves. He was who I wanted to be as a player.

“I was a solid player [and] I was extremely aggressive,” says Gorman, who pitched some but was mostly a middle infielder. “I think I got the most out of my abilities. My senior year [of high school], I finished exactly with a .500 batting average. But, me being who I am, I was not happy with that because I wanted to be over .500.”

Gorman, who says he was a fiery guy in those days, exudes confidence, an attribute that he tries to instill into his players.

“I always felt like I had a chance to win,” Gorman says. “I tell my players … even if you don’t have a chance to win, sometimes the belief that you do will get you to a special spot.”

Gorman, who this past season was voted Division III National Coach of the Year, would have never been able to lead the Dukes to a national championship if he had sunk his teeth into his original profession of choice: “Not too many people know this, but my plan when I came out to New Jersey was to go to dental school. I worked a ton of hours in offices because that was a requirement to get into dental school.”

Can you imagine Coach Keith Gorman as a dentist? The reason Gorman was coming to New Jersey in the first place is because of his talented wife, Emily. “My wife … had a specialized journalism degree where she was involved with the layout of newspapers and design,” says Gorman. “She was getting a lot of interest from newspapers all over the country, but she ended up getting [a job] with the Courier Post in Cherry Hill.

While Gorman was contemplating if being a dentist was the correct career choice, he got a job as an assistant baseball coach at Holy Spirit High School, in Absecon.

“I was excited and thought it’d be a fun thing to do for a couple of months, [then] I went out there and I was hooked,” Gorman says. “The head coach and the athletic director were very happy and felt like … everybody was responding to me [in a positive way]. It felt natural to me.”

Then Gorman received a phone call that would change his life. “That summer, my wife and I left to go back to get married in Kansas City, when … I got a call from the AD at Holy Spirit and [he asked], ‘Would you like to be the head baseball coach?’ I took the job; I took a teaching job there, and the rest is history.”

In seven years as coach of the baseball team, Gorman and his staff led the Spartans to an impressive 120-54-1 record. As he is wont to do, Gorman doesn’t take all the credit for himself.

“We never had a season below .500,” he says. “You know wins and losses are not everything, but that level of consistency is hard to come by. That means you had a lot of people doing a lot of things really well.”

“I had a good coaching friend, who I have the utmost respect for, and he’s a way better coach than I am, George West, who was the high school coach at Buena Regional and is now the principal at Middle Township,” says Gorman. “He let me know about the job.

“I visited the campus and met [former athletic director] Bob Amundson … saw the facilities … and one thing led to another.”

Gorman was tasked with awakening a dormant baseball team that had been slumbering in the muck of multiple losing seasons prior to his arrival.

How was Gorman able to turn the program around so fast? The coach, who compiled the most wins in school history with 316, placed a major emphasis on recruiting.

“We went out and recruited hard and there was nobody that we wouldn’t recruit. Meaning that if this guy was a borderline Division I baseball player, I was recruiting him, just in the chance that we can get him,” Gorman says. “There were a couple of guys who we thought were getting missed that we were able to grab. One of them, Cody Stashak, one of our first recruits [is] pitching for the Minnesota Twins right now.”

On July 23, Stashak, who graduated from Oakcrest High School in Atlantic County, kept the New York Yankees off the scoreboard, in two innings of relief during his major league debut.

Before Gorman became a National Baseball Championship winning coach, he had to get through his first practice at CCC, which was one he’ll never forget.

“My first fall practice, this is no joke, we had just as many coaches as we did players,” he says with a laugh. “It was two coaches and two players. I drove away that day thinking, ‘What am I doing?’ ”

Thankfully for the CCC community, Coach Gorman figured out exactly what to do. The 2014 team won the baseball program’s first ever Region XIX Championship and finished second in the World Series. In 2017, the Dukes won a school record 55 games, which included a phenomenal 33-game win streak. And finally, in 2019, Gorman and his staff led the Dukes to the top of the Division III baseball mountain to become the NJCAA Division III National Baseball Champions.

“Keith has turned our athletic program around in less than eight years and has gone to the College World Series three times in under five years,” says Kellie Slade, executive director, student services, RCSJ–Cumberland Campus. “[His record] speaks for itself.”

Although Gorman’s presence on campus will most assuredly be missed, he leaves a positive and lasting legacy.

“I started working with him back in 2012 [and] I had zero expectations on what would really happen,” says Jonathan DiJamco, assistant director of athletics and former assistant baseball coach under Gorman. “But, I saw very early that his guy is someone you want to be around. He was the right person to learn from [because] he always tries to do the right thing. I couldn’t be any luckier …”

“He is an athletic visionary and has strong convictions all in the name of student and athlete success,” adds Slade. “Keith’s legacy is comprehensive, influential, and filled with integrity.”

When Gorman begins the next chapter of his life at Barton College, he’ll bring a mental notebook filled with lessons learned from his stops at Holy Spirit and CCC.

“I think I learned at Holy Spirit to take a breath and take 24 hours before I make a decision that impacted other people,” Gorman says.

“Coach Gorman left me with knowing how to work for what I wanted,” says Joe Nestel, Dukes pitcher and member of the 2019 National Baseball Championship World Series All-Tournament Team. “He instilled an attitude to never settle for anything.”

“As a person, Coach Gorman has taught me that in life, as well as in baseball, everyone has a role to play,” says Dominick McLauglin, catcher and utility player for the Dukes. “However, if you just perform your role to the best of your abilities and put in the extra work, success is in reach.

Gorman concludes, “I think the major thing that I’ve learned at this point … and at CCC, is that coaching is about nothing else more than the players…. The more I go, the more [I learned] it is 100 percent about the players.”