From sadness and loss springs hope for the future of a community and its youth. 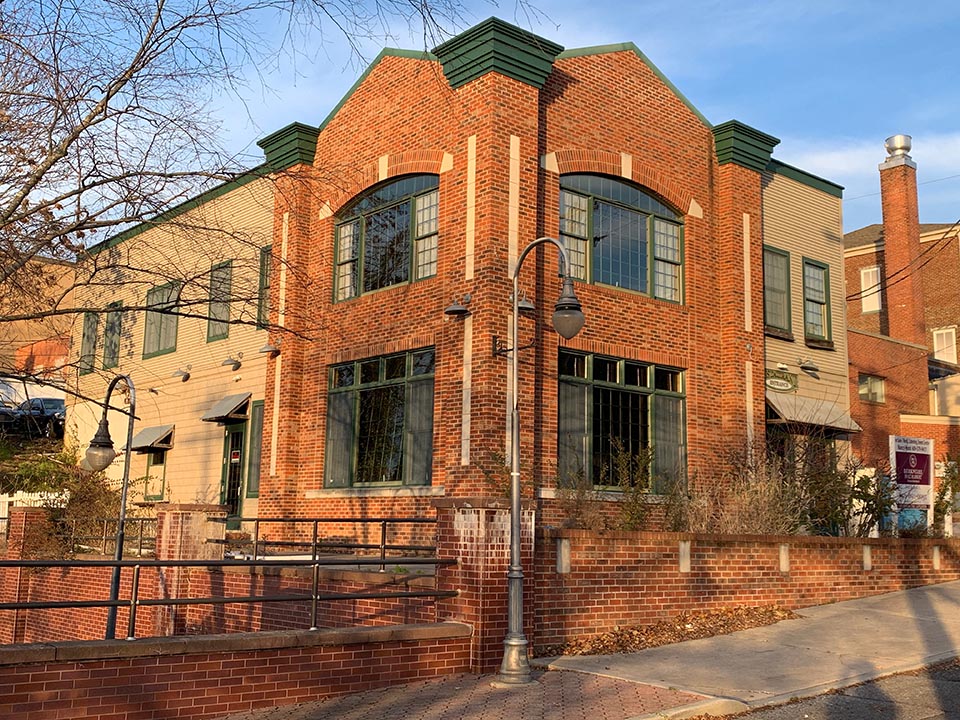 A local nonprofit, which was created in an effort to maintain the positive legacy of a former Millville resident killed during a random act of gun violence, seeks support in its intent to create a community center.

Our Future First, a 501 © (3) organization committed to building a better community, is attempting to raise $30,000 so it can purchase a building in Millville with the hopes of turning it into a youth and young adult-oriented community center.

If it succeeds in its mission, Our Future First is naming the building Reese’s House, in honor of Maurice Lewis, who, on May 18, 2018, was shot in the head, while sitting at a traffic stop in Millville. The 19-year-old passed away two days later.

Lewis has been described by many as someone who intentionally went out of his way to make everyone feel comfortable and happily brought joy to many people’s lives.

“Reese always had a smile on his face. He was the kind of person … that lit up a room,” says Sean Thom, founder and executive director of Our Future First. “People, his friends, everybody kind of gravitated towards him. He was never in any trouble, always putting his family first.”

“Maurice was my only son. He meant the world to me and his sisters, along with a host of family and friends,” says Cruz. “He was a very outgoing, charming, charismatic individual who brought light into your life the moment you met him.”

“He always wanted everyone to feel welcomed,” Thom adds.

After the teen’s untimely death, Thom, who taught Lewis at Lakeside Middle School in Millville, spoke to his family, friends, and other youngsters in the community to try and figure out an enduring course of action that would help the youth and young adults thrive in our area.

Many of the responses Thom heard was that there was no support system and no reliable safe space for them to go to as an alternative to being out on the streets.

“We started having conversations that we wanted to do more for the community,” Thom explains. “We wanted to be able to provide something for those people, and that age group … just an opportunity for them to kind of be heard and to gather and organize, and to do their thing.”

That’s when the idea of Our Future First was born.

According to its website, ourfuturefirst.org, the organization is filled with people “brought together by the tragic loss of our friend and student Maurice Lewis…” and “who understand that we must act now if we want to create hope for our future.”

Since its inception in 2018, the nonprofit has worked with numerous organizations to create a better atmosphere for youngsters and has participated in and has put together several charitable and community-building events.

Our Future First created an Innovation Hour program that “encourages participants to help identify the key issues that are important to them, unleash their creativity to come up with unique and innovative solutions to these issues and support … organization[s] in the practical implementation of solutions that help you reach your goals.”

The nonprofit has also hosted two Back to School Shoe Drives; in 2020, the nonprofit distributed approximately 500 pairs of new and gently used shoes to people in need in Cumberland County, as well as a holiday toy drive.

Currently, Our Future First, its membership, and volunteers, are focusing on raising funds to purchase a building located at 66 Sassafras Street in Millville, while continuing its mission to leave a positive impact on the community.

The property, which has been vacant for about eight years, will be named Reese’s House in memory of Lewis.

“We kind of see Reese’s House [as] being an opportunity for young adults to kind of come hang out, watch some movies, play some games … chill, build, and organize together,” Thom reveals. “But then also, we want to create a more structured atmosphere, as well, where we’re running programming [and] where we are offering specific help with entrepreneurs or young adults who have ideas for businesses.”

As of now, the organization has raised a little more than $18,000 and needs about $12,000 more by March 1 to reach its goal. Our Future First is also accepting donations in the form of 15, $100 monthly pledges to help with operating expenses.

“We’re just focusing on trying to raise this money and hoping that … we’re in a spot where we could potentially make something incredible happen for the community and kind of thinking outside of the box as a way to make it happen.”

Outside-of-the-box thinking led the organization to organically link up with Wildflower Vegan Cafe on this project. If everything pans out, the healthy eating restaurant will be a tenant in Reese’s House, which will help bring much-needed monthly finances to the facility, plus more.

“Part of the reason for our involvement is for them to be able to afford a nicer building,” Eric Nyman, owner of Wildflower Vegan Cafe, explains. “But part of it that I really look forward to, is the crossover potential of Wildflower in the new Reese’s House.

“Doing things for the community, not just food donations and feeding people, but providing job training and skills and life coaching and sort of working together for the greater good.”

“It’ll also allow us to have healthy eating seminars, to do job training, to do culinary training, to be able to use the connections that Wildflower has made over the decade that they’ve been in business,” Thom adds.

Nyman, who initially started Wildflower Vegan Cafe out of a food truck and has collaborated with Our Future First on multiple charitable causes, sees Reese’s House as an opportunity for his restaurant to expand and offer more healthy choices to present and future customers.

Nyman was impressed when he was invited to take a look at the building, and thoughts of how the place could serve the community began marinating in his mind.

“When they brought me in to look at the building for a potential collaboration, we got to see the upstairs and I was blown away by how inspirational of a setting it was,” Nyman says. “This [would be] a community center for youths to have a nice building with a spectacular view that’s in kind of a sweet-sheltered spot.

“[It’s] really close to a lot of the good things in the arts district, like the [Riverfront Renaissance Center for the Arts], and the library, the Holly City Family Center, and the Levoy.”

Cruz is thrilled to be working with the nonprofit and the vegan cafe in the hopes of turning the dream of Reese’s House into a reality.

“It is a tremendous honor to know that Our Future First and Wildflower Vegan Cafe are partnering with us to create this amazing place for our community in memory of my son,” Cruz says. “There is so much passion, time, and dedication that these guys put in, in search of a place.”

For Thom, who’s a teacher at Southern State Correctional Facility—where he helps many male inmates achieve their goal of obtaining high school diplomas—and many others in the community, there’s an air of excitement about the limitless possibilities that might occur if they’re able to procure the building.

“I think this is probably the best opportunity we have to do some real good and to create some systemic and hopefully generational change in our community,” Thom says. “I also think that kids and young adults are going to see that, hey, somebody finally said they wanted to do something and somebody finally [came] through on a promise and [did] not just feed us a bunch of nonsense.”

The opportunity to keep Maurice Lewis’s name and his genuine acts of kindness alive through Reese’s House is the ultimate motivation.

“But knowing that we can hopefully honor the impact that he had on this community and the people in his life in such a short period of time—because he was 19 when he passed—I mean to be able to honor that …. I think the young folks are going to come in and are going to be about that, because that’s going to be a legacy. We want to be able to teach them his legacy as well.”

When asked what she thought Maurice would say about the honest efforts of the local citizens’ attempts to create a community center: “I think Reese would be ecstatic to know there [could] be a building named after him,” Cruz shares with pride. “This building is more than a name; it is a legacy!

“Reese’s House will be exactly what Reese was. It will be a place that his light will always shine upon.”