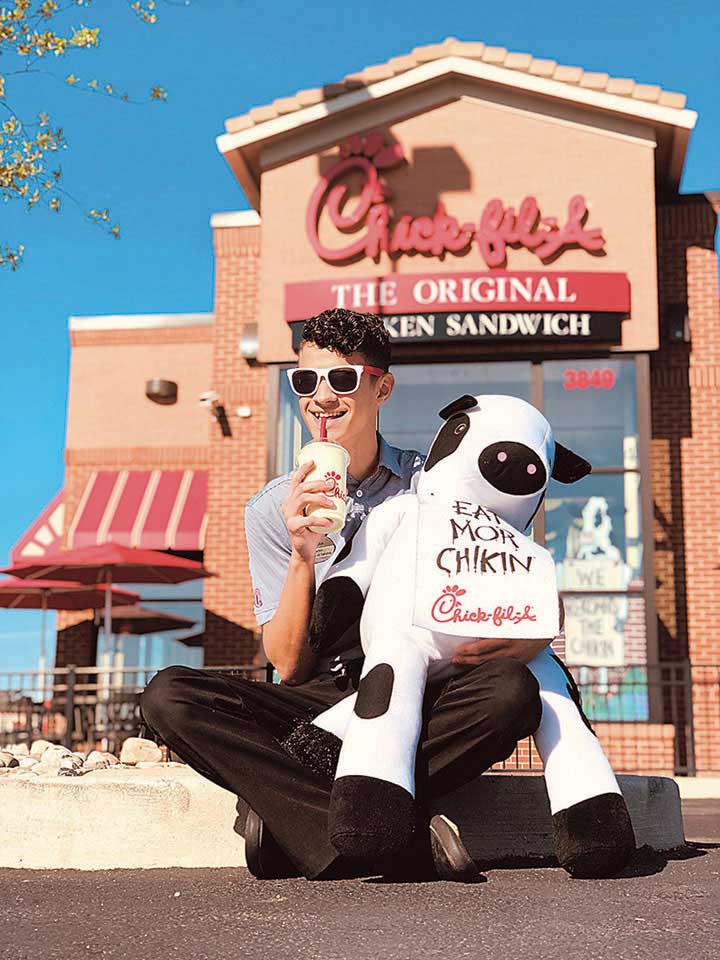 When Jaydon Ippolito dropped out of high school at 17 years old, his father gave him two choices—he either had to try to find another high school to attend or he had to get his GED. If he opted to get a high school equivalency diploma, then he would also have to find a job.

Ippolito chose the second option, (he had been working at a Chick-fil-A since the age of 14), and after receiving his diploma through Rowan College of South Jersey’s (RCSJ) Adult Basic Education (ABE) program, the Millville resident is on a path to one day own and operate his own store.

ABE classes, which fall under the umbrella of the College’s Career & Technical Education program, are designed to prepare students to earn their high school equivalency diploma, improve their English literacy skills, and get them into college or on their career paths.

“It genuinely helped me so much,” Ippolito said about his experiences in ABE. “I didn’t know what to expect, but I ended up going to the classes. I would be there five days a week and we would go over math, science and other subjects.”

“You basically study up and prepare for the GED test,” he continued. “I passed my test with flying colors! I was able to graduate and get to my work.”

Ippolito found his fit with RCSJ Cumberland’s ABE program in 2019—the same year he began working full time at Chick-fil-A. Since then, the 19-year-old has swiftly climbed the fast-food chain’s corporate ladder.

“I was available to do so many different things at the store that other kids weren’t able to do because they had to go to school,” Ippolito explained. “After getting my GED at RCSJ Cumberland, I was able to grind and make money and do my thing.”

Ippolito, who also serves at Calvary Chapel Church in Vineland, said he has gotten some “crazy opportunities” in his current role as a trainer at the restaurant.

“In February 2020, I went to a grand opening in Michigan,” he recalled. “I served for two weeks and got to meet a bunch of awesome people. When I go to a grand opening like that, I am considered a corporate employee. I’m pretty much an ambassador and representative of the company.”

As an ambassador, Ippolito gets the prime opportunity to apply to travel and represent the Vineland restaurant at numerous Chick-fil-A eateries across the country.

During his time at Chick-fil-A, Ippolito, an avid gym buff, has proven his worth to the company. When asked why they have so much trust in him at such a young age, “consistency” was his response.

“Not only am I good at what I do, because of the experience I have, being there for five years, I was able to show them how hard I work,” Ippolito continued. “Also, I like to keep a positive attitude because that’s how I am as a person.”

Besides being a hard worker, Ippolito knows speaking his truth to the higher ups in the organization is an important skill that will help him reach his destination.