The Center for Historical American Building Arts and the City of Bridgeton repair historic Nail House. 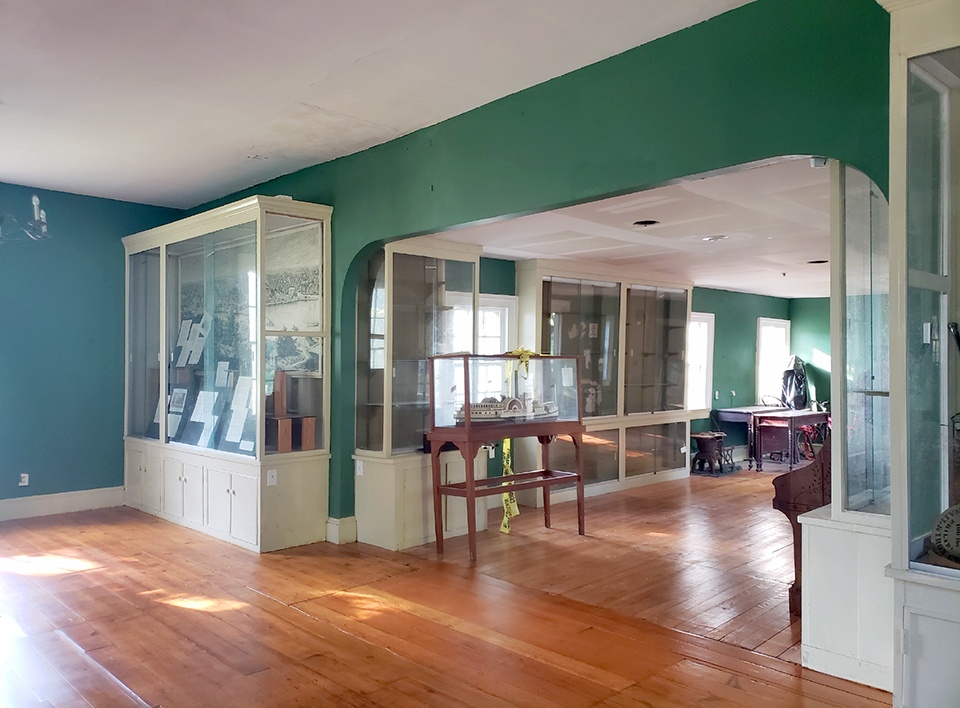 The Center for Historical American Building Arts [CHABA] and the City of Bridgeton are proud to announce a milestone in the restoration of the historic Nail House in Bridgeton. This 200-year-old building—after closure due to termite damage to its floor joists—has now been repaired and reopened thanks to over $100,000 in support from both the 1772 Foundation and the New Jersey Garden State Historic Trust.

According to Margaret DeMarco, CHABA’s project manager, the community participated in a volunteer clean-up day over the weekend.

The building’s most recent engineering work, designed by J&M Restoration Studio and completed by Aliano Brothers of Vineland, included replacing floorboards and reinforcing footings in the basement.

“Now we need to move on to general repairs, public use and interpretation,” said DeMarco.

First constructed in 1815, the Nail House was the original administrative office of the Cumberland Nail and Iron Works, a startup industrial venture of the early American Republic just after the War of 1812. The Works in turn inspired a wave of regional industrial ventures, and encouraged the company to expand over the course of the industrial 19th century, employing nearly 400 people at its height in the 1880s.

“The Nail and Iron Works had a prodigious influence on manufacture in both Bridgeton and the region,” says historian James Johnson of Rowan University. “They facilitated the development of the city’s industrial work force which included a few African Americans such as James Stewart of Gouldtown.” Oberlin Smith, its young company manager, left the works to found the Ferracute Machine Company during the Civil War.

A severe and worldwide economic downturn in the 1890s precipitated the Works closure in 1899, and the City of Bridgeton purchased the Iron Works property and created Bridgeton City Park in 1903.

Flavia Alaya, board president of CHABA, stresses that the Nail Works retains its historical and cultural significance beyond the industrial era, having been transformed over the 20th century into an active community center, gateway to the park, and resource for telling local history. She underscores its potential “as a continuing part of Bridgeton’s historic narrative, as well as a gateway resource for the entire Bayshore region.”

“It’s difficult to overstate the importance of the Park to Bridgeton. City Park is one of Bridgeton’s great assets and has been an important part of the Bridgeton community for several generations,” said Bridgeton Mayor Albert Kelly. “The City is proud to have partnered with our preservation community, led by CHABA, in restoring this historically significant structure within our historic district.” Bridgeton City Park also houses the Cohanzick Zoo, oldest municipal zoo in the state and the county’s most popular destination.

Alaya stresses that CHABA’s partnership with the State is based on a commitment to community-based fundraising to close the cost-gap. Glenn Ceponis, who supervises this project on behalf of the State, agrees: “We encourage projects where we believe in the community’s own investment,” he says. “This is what makes local fundraising such an important part of what we support.”

CHABA is now launching a major Capital Campaign to carry the Nail House from accessibility to full interpretation as part of its “Grunge to Green” initiative, using the #ThisPlaceMatters mantra of the National Trust for Historic Preservation.

More information on the project is available on the CHABA Facebook page at fb.me/HistoricBuildingArts or by calling DeMarco at 856-455-7779 or e-mailing mdemarcobrnj@juno.com.