...is a story that’s too familiar in towns and cities across America. 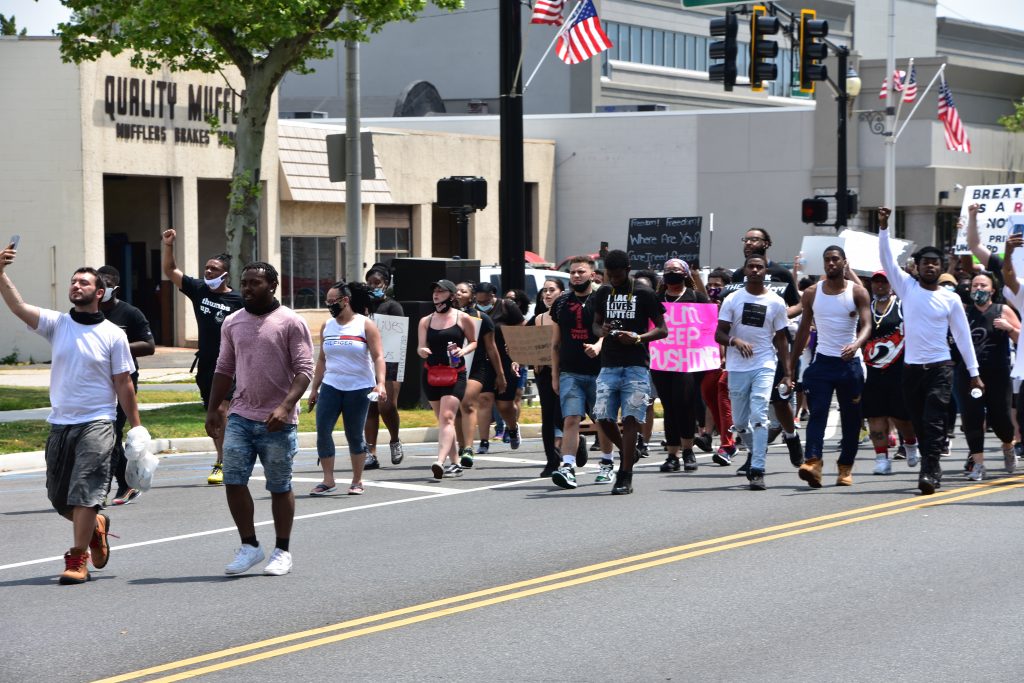 One night, I go to pick up a friend to hang out. As we head to our destination, I glance into my rearview mirror and notice a police car speeding ever so swiftly up behind me. I pay it no mind.

After a few moments, the blinking lights turn on, so of course I pull over. I look at my friend and a look of concern quickly shadows her face. I assure her there’s nothing to worry about; we did not do anything wrong, and I’m legit. My license, registration, and insurance all are valid; we’d be fine.

The cop comes up to my vehicle and asks me for my identification. I give all three forms of ID to the officer and ask him why I was pulled over.

He says that I had just left a “known drug area.” I chuckle to myself because, no matter where you go in this particular town, every section can be categorized as such.

After several minutes, the officer tells me to step out of the vehicle. I ask “Why?” He says I have a warrant.

Incredulous, I ask what was it for? He says he doesn’t know and once again tells me to get out of the vehicle.

I think he’s lying. I was about to get arrested for a warrant, but he doesn’t know what it’s for? I’ve been driving in, out, and through this particular town for years and have had no issues, prior to this moment.

Running rapidly through my mind are news flashes of people of color told to step out of their vehicles by law enforcement only to be brutalized or worse.

Out of suspicion and fear, I place both my hands firmly onto my steering wheel and say, ‘I’m not going anywhere until you tell me what the warrant’s for.’

Upon reflection, that wasn’t the smartest move. We verbally go back and forth for several rounds. Then things get physical.

He proceeds to karate chop my left arm. I don’t move the first two times, but after the third time, the unbearable pain forces me to release my grip. He forcibly yanks me out of my vehicle and tells me I’m under arrest.

I look at my friend, who’s totally scared, as a cop asks her to step out of the car. I watch as they search her and my vehicle for the contraband they assume I have, because I had exited a “known drug area.”

Meanwhile, I talk to the officers and tell them how I know my rights, how this is a travesty of justice, I am a Citizen of this land, etc. I don’t curse or berate them. I speak clearly and concisely.

At this point, the policeman who pulled me over tries to “escort” me to his vehicle. I did not go gentle into that good night and I suffer severe consequences as a result.

Several officers, like a wolfpack, surround me. With cuffs tightly bound around my wrists, I’m hurled, unceremoniously, onto the cold, hard street.

Three officers hold me to the ground. One has his elbow pressed onto my neck. Another, who is slightly obese, digs his knee into my back. One sinks his knees onto my legs.

The one who has his elbow on my neck proceeds to rake my forehead against the concrete, causing a painful facial abrasion.

While all this is happening, I can hear an officer tell my friend she can go home. I turn my head in their direction, only to see their feet.

Then, a moment of levity occurs. I hear her ask, “Well, how am I going to get home?!” At that inquiry, in that harrowing moment, I laugh. Quite heartily.

Soon after, the officers stand me back up. The one who dug his knee in my back starts to check my pockets. He notices something in my right-hand pocket and screams, like a banshee in my right ear, “What’s this?!?!”

Peculiarly, it seems like excitement arises in his demeanor.

He reaches in my pocket and pulls out … a packet of Swiss Miss hot chocolate. Why I had hot chocolate in my pocket? I’m one of those who stuffs everything in his pockets, and then can’t find anything when I want it or need it.

The hint of excitement I noticed in that officer’s demeanor swiftly dissipates.

I’m thrust into the back of a cop car and driven to the town’s police station.

Battered, bruised and confused, I ask the cop who was driving, and who appears to be empathetic toward my situation, how could the arresting officer not know what the warrant was for—the question that kept racing through my thoughts.

He says when officers pull people over and discover they have a warrant, they don’t know what the warrant is for. They just see it in the system and act.

Interesting. I didn’t know that.

In the station, I’m “escorted” to a desk. Something from the facial abrasion, which I couldn’t see, is leaking down my forehead and into my left eye. I think it’s blood, so I ask the officer if he could please get a paper towel or something to clean the liquid out of my eye and off my face.

He gives me an unsettling look and says, “I ain’t cleaning shit.”

Come to find out, I did have a warrant. Fifteen years earlier, I’d gotten arrested for having a nickel bag of cannabis. I took the charge for one of my best friends who was a single mom with two children, at the time. She was their only means of support and I didn’t want her to get in trouble.

She promised she would pay my fine. She never did. Hence the warrant.

So now I’m in a county prison. As I walk through, still handcuffed, several corrections officers walk by and give me piteous looks, liquid still dripping down my face.

I’m put in a single cell, handcuffs released from my wrists. An official kindly gives me some tissues to clean myself.

After several moments, I’m taken out of the cell so I can get my head, excuse me, mug shot. Then it’s back to the cell.

Emotions race through my being—from fear to anger to embarrassment to fear.

I’m taken out of the cell and to another room, with the opportunity to make one phone call. By the grace of an almighty unseen hand, I know the corrections officer who is to observe me making the call.

At this time, it’s about four in the morning. I make my one call and, not surprisingly, no one picks up the phone.

I think I’m toast. The C.O. shuts the door and tells me to make as many calls as I need. I call the next person, no one answers. Then the next. And the next. I’m about to give up, when on the sixth try, a dear friend picks up. She’s awake because she’s walking a pooch she’s dog sitting.

To this day, I am eternally grateful to that C.O. who gave me multiple phone calls and to my friend who picked up the phone.

It takes a couple of hours for my friend to come to the prison, get my debit card, go to the bank to get my money, then come back to bail me out.

I consider myself a tough dude. But I don’t want to ever find out if I’m jail-tough.

Ostensibly, I placed that memory in a dark corner of my mind. That painful recollection resurfaced after I watched Derek Chauvin, for 8:46, dig his knee into George Floyd’s neck, killing him.

I’m not a perfect person and far from a saint. I’ve made too many idiotic decisions in my life. I’ve done and said things to people I’m not proud of and ask for forgiveness daily. I’ve put myself in situations a wise man wouldn’t put himself in.

Was I in the wrong that night? Apparently. I had a warrant that ended up costing more than $1,000 because of a $5 bag of weed charge from 15 years earlier.

Thankfully, it didn’t cost me my life.

The same can’t be said for George Floyd, or Botham Jean, or Trayvon Martin or countless others.

I am sharing my story, not to bash police officers. I have several officers who are great friends of mine. It takes a lot of courage and hutzpah to become a law enforcement officer. The job is dangerous and extremely stressful. I commend the officers who go out into the community to do their best to promote safety and unity.

I am sharing my story because I’m alive and able to do so.

When I watch TV and see the peaceful protestors—not to be conflated with those individuals who are purposely distracting from a just cause with their violent actions—I see a rainbow of people walking together for something honorable, moral, and pure: Human Rights.

I recently saw an interview with revered, retired journalist, Bernard Shaw. He said, as we speak, a new movement is being born—one that eschews and discards racism, sexism, and xenophobia. Shaw said that we are witnessing the birth of a movement that is prompted by Love instead of hate.

I am hopeful for a brighter future.

Out of chaos, comes order.