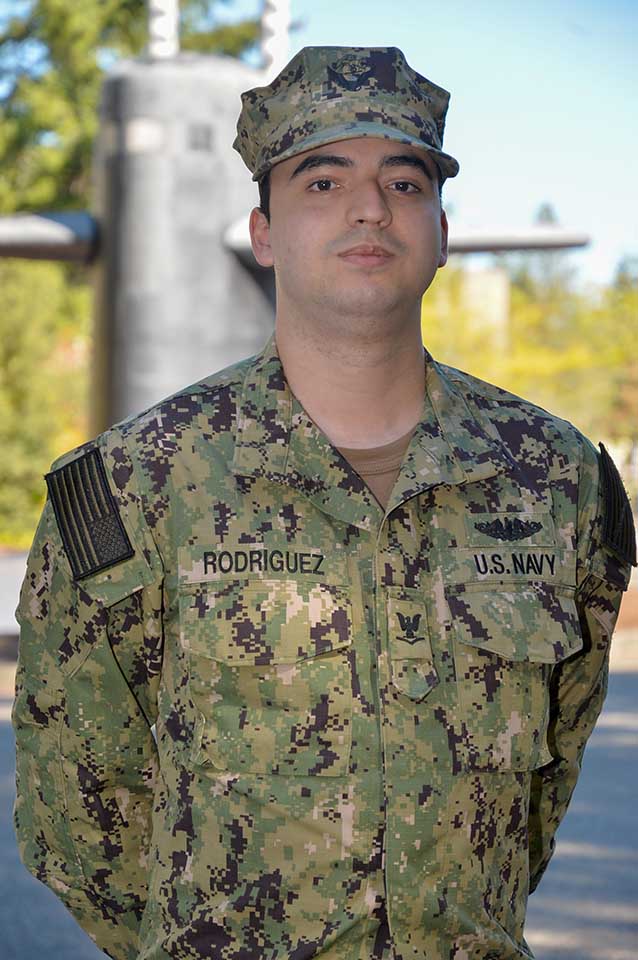 A Millville native is serving aboard USS Pennsylvania, one of the world’s most advanced nuclear-powered submarines. Petty Officer 3rd Class Nicholas Rodriguez serves as a sonar technician and joined the Navy as a way to honor his parents.

Rodriguez attended Millville Senior High School and graduated in 2017. Today, Rodriguez uses skills and values similar to those found in Millville. “I learned to listen to my elders,” said Rodriguez.

These lessons have helped Rodriguez while serving aboard USS Pennsylvania Known as America’s “Silent Service,” the Navy’s submarine force operates a large fleet of technically advanced vessels. These submarines are capable of conducting rapid defensive and offensive operations around the world, in furtherance of U.S. national security.

As a member of the submarine force, Rodriguez is part of a rich 121-year history of the U.S. Navy’s most versatile weapons platform, capable of taking the fight to the enemy in the defense of America and its allies.

“Being specifically a ballistic missile submarine, it’s kind of like a scare tactic to prevent other nations from attacking us,” said Rodriguez.

With more than 90 percent of all trade traveling by sea, and 95 percent of the world’s international phone and internet traffic carried through underwater fiber optic, Navy officials continue to emphasize that the prosperity and security of the United States is directly linked to a strong and ready Navy.

Rodriguez and other sailors have many opportunities to achieve accomplishments during their military service.

As Rodriguez and other sailors continue to train and perform the missions to support national defense, they take pride in serving their country in the United States Navy.

“It means being our absolute best selves,” added Rodriguez. “It means helping others that may need it and always trying to excel to the next level.”