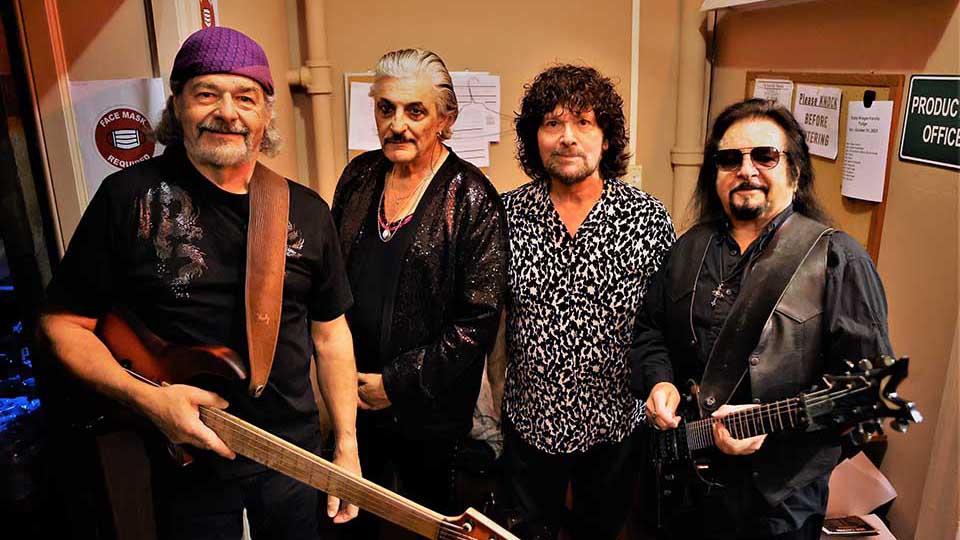 When it was released in 1966, “You Keep Me Hangin’ On” was just another in a string of No. 1 hits for the Supremes. Ah, but the Holland-Dozier-Holland tune turned out to be so much more. Brit singer Kim Wilde took her version to No. 1 in 1987, giving the song rare company as one of only six to reach No. 1 twice with different artists.

But it isn’t the Supremes nor Kim Wilde we’re talking about. In 1967, a group from New Jersey recorded “You Keep Me Hangin’ On” which got as high as No. 6 with a version that slowed down the rhythm, put in an organ and created a psychedelic heavy metal sound. This was a year before “Born to be Wild” included Steppenwolf’s John Kay uttering those words that will live in infamy: Heavy Metal Thunder.

The group that took “You Keep Me Hangin’ On” up the charts went by the name Vanilla Fudge, and consisted of Mark Stein on keyboards, Tim Bogert on bass, Vince Martell on guitar and Carmine Appice on drums.

“I was sitting with Bogert at the Cheetah Disco in New York City when the Supremes hit came on. We looked at each other. ‘We can revamp the tune,’ ” Stein says.

And so they did.

“We knew we had something special,” he says.

Indeed. It wasn’t No. 1, but the recording certainly helped define the sound of Vanilla Fudge. That sound will be in evidence when the band plays the Levoy Theatre on Friday, September 30.

It’s rare that after 55 years, three of the four original members still perform. Only Bogert is out; he retired in 2010 and passed away last year. Pete Bremy has taken over for Tim.

The performance lasts around 90 minutes, Stein says. Based on an April setlist from the Paramount Hudson Valley Theater, Peekskill, New York, the show reads like a 1960s Top 40 revival. The numbers included “I’m a Believer,” “Stop in the Name of Love,” “People Get Ready,” “Season of the Witch,” and “Dazed and Confused.”

The band will likely perform a newer number, “Let’s Pray for Peace,” from a Stein solo album. With the war in Ukraine and its effect on children, he feels it’s more than apropos.

Stein had a propensity for music as a young child. He would watch his uncle play the piano. “I had a natural ear, an affinity for music,” says Stein, who grew up in Hudson County. My parents got me some lessons. It grew from there.” By his mid to late teens, Stein led a life of rock ‘n’ roll. He played Top 40 with bands in the New Jersey-New York area, including the then-famous Peppermint Lounge.

“We started playing as Rick Martin and the Showmen. We were influenced by the Rascals , with a vision of psychedelic rock. We did other songs where we rearranged them into a whole different song,” he says.

Stein also cites the Beatles as an influence and the band worked a number of Fab Four songs into their repertoire during their early years.

Shadow Morton, who produced The Shangri-Las and Janis Ian, caught their live act, and was impressed by their trippy, psychedelic version of “You Keep Me Hangin’ On.” Morton offered to record the song as a single. This resulted in a deal with the Atlantic Records subsidiary Atco, which requested a name change.

At the time, The Pigeons had replaced Rick Martin and the Showmen. They chose Vanilla Fudge which got a better reception. “The name sounded cool,” says Stein, who has lived in Florida for the past 20 years. It also reflected their standing as a white group doing black music, according to their bio.

The band’s debut album, Vanilla Fudge, peaked at No. 4 without the benefit of a hit single. In 1968 , Vanilla Fudge headlined the Fillmore West with Steve Miller. The group performed “You Keep Me Hangin’ On” on The Ed Sullivan Show, and released their second album, The Beat Goes On, which also hit the top 20.

That summer, Atco reissued “You Keep Me Hangin’ On,” and the second time around it limbed into the top 10. It was followed by Renaissance, another top 20 album. The band toured with Jimi Hendrix and played dates with Cream, Janis Joplin, and Jefferson Airplane. A fledgling Led Zeppelin opened for Vanilla Fudge.

Exhausted, they concluded the European tour would be their last. After the release of their final album, Rock & Roll, they played a few U.S. farewell dates and disbanded in early 1970.

They owe it all to “You Keep Me Hangin’ On.” Heck, without that song, Stein may have scrimped by trying his hand at pro baseball. The song still has legs, Stein says. Quentin Tarantino used it in Once Upon a Time in Hollywood, for example.

The band has nothing new on the horizon for now. “But I’m not saying we won’t in the future.”

Still, it’s been quite a ride, Stein says. “We’ve been on a rock ’n’ roller coaster ride. We broke up and came together again. We had lots of different projects in our careers. But we always get back together. Once we hit the stage it’s like magic. We have the motivation and the chops. It still feels good.”

Lest anyone forget: Vanilla Fudge left its imprint and influence on a diverse set of bands, including Deep Purple, Yes, Styx, Led Zeppelin, and Uriah Heep. They’re in good company.

And as Stein says, “It’s better than sitting on the couch watching sports and movies.”