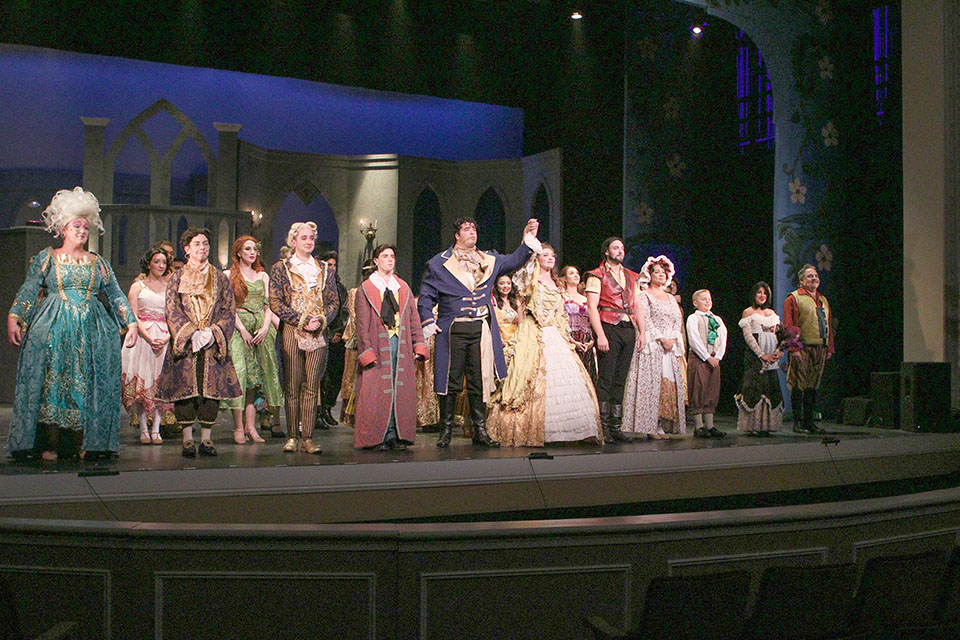 Beauty and the Beast, performed at the Levoy Theatre in August 2018, took the highest award of the evening, Outstanding Production of a Musical, while in the same production, Andrew Jarema, an actor with OBSP since 2007, took the award for Outstanding Supporting Actor in a Musical for his role as Lumiere.

The Levoy Theatre and OBSP received 19 total nominations and four wins out of 33 artistic and technical categories.

The Perry Awards, hosted by the New Jersey Association of Community Theater (NJACT), evaluated more than 200 community theater productions across the Garden State, grading shows on acting, direction, lighting and sound design, properties, stage and production management, and a variety of other categories. For each production, two NJACT reviewers attend and provide numerical scores on approximately 50 different criteria. More than 400 reviews are submitted each year for productions throughout the state.

Tickets for the Levoy and OBSP’s next show, Disney’s Mary Poppins, and subscriptions for their 2020 season, are on sale now through the Levoy’s online box office levoy.net, or by calling 856-327-6400, or by visiting the theater at 130 N. High Street in Millville.