Patterned-brick construction is specific to Salem and western Cumberland counties. 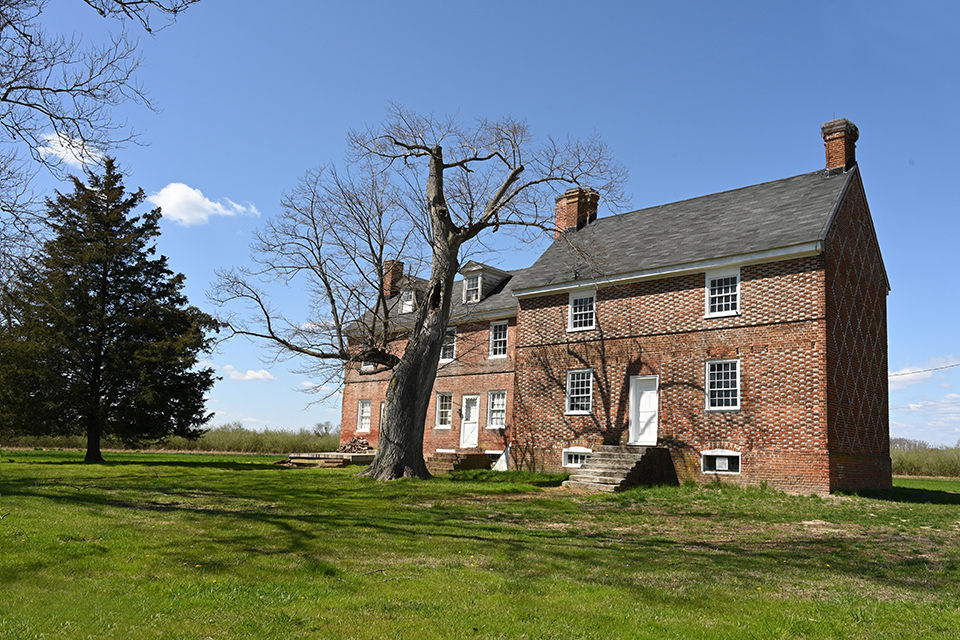 Last year one of our articles introduced readers to the 142-mile NJ Bayshore Heritage Byway, along with all its spurs. This is one of eight such routes in the state, with those in southern New Jersey including both the aforementioned and the Pine Barrens Byway.

The Bayshore Heritage Byway (BHB) traverses a rich mosaic of views characterized by vast protected landscapes and historic villages along New Jersey’s “western shore.” BHB tells a story of centuries of connections between the people and their local resources. The villages share a historic and present-day commonality of reliance on the coast and its bounty. Bayshore communities grew and thrived based upon natural assets such as fishing, trapping, crabbing, oystering, clamming, and caviar processing, as well as shipbuilding, iron making, brick making, milling, sand mining, glass making, and salt hay farming in addition to traditional agriculture. It is the ongoing and continual reliance on these resources that makes our region distinct from so many other coastal areas whose livelihoods are now disconnected from their landscape.

We wanted to explore an activity that would be allowable while still maintaining the “social distancing” imposed by COVID-19, to inspire you all to enjoy the natural and cultural history in our region. The Byway offered just the right combo. Please note: We tried this prior to the Governor’s closure of state parks. Possibly driving the Byway is still permitted by time you read this, but I advise you to check on any added restrictions.

My husband and I started our trip adjacent to Mannington Meadows; we took a few snapshots and also created some very unpolished short videos for the CU Maurice River Facebook page. We produced a dozen posts, one of which highlighted patterned-brick homes, our current topic.

This style of construction is specific to Salem and western Cumberland counties. Built in the 18th century, the patterned-brick homes of Quakers dot the farmland, connecting villages along the byway. Historian Bernie Herman, Ph.D., University of NC, noted that our Bayshore was characterized by a religious tolerance not seen in other eastern coastal communities. One assumes our area was selected as a haven for that reason. Quakers were escaping persecution and built houses that sent a message of permanence, proclaiming “I’m staying.” At least 37 of these dwellings have stood the test of time and show that their owners were successful in their messaging.

The National Park Service cites historians who describe these homes as “Georgian in plan, and named according to the pattern depicted on the coursing of the brick walls—of which the more intricate patterns can be matched nowhere else in America.” The most common design is Flemish bond, which features a checkering of glazed headers vs. plain brick. The second most common is diamonds or zigzags. Some of the patterns are also combined with dates and initials. It is said that the formality and elegance illustrated in the stylization and materials reflect the fact that the Quakers were like 18th-century aristocratic families in other tidewater regions, displaying their wealth and power through their homes.

The bricks came from local clays dug from river bottoms, nearby banks and fields. Many of the homesteads belonged to farmers and a good many of these farmed tidal lands using dikes.

We visited the Hancock House State Historic Site on Locust Island Road in Lower Alloways Creek Township. This is an elaborate patterned-brick home built in 1734 for Judge William and Sarah Hancock, and features the owners’ initials, the date, and a herringbone design on its west gable end. Interpretative signage discusses the historic significance of these structures. Hancock House was built in the vicinity of Hancock’s Bridge by Quaker settlers in the 1700s. In 1778, some 20 to 30 Continental troops asleep in the house were killed by invading British troops. The house was acquired by the State of New Jersey in 1931 for its historic significance and opened to the public as a museum. Interpretive staff share this tale of heroism and tragedy, as well as inviting visitors to experience life in colonial times. The site includes a Swedish Cedar Plank Cabin where hearth-cooking demonstrations take place. In non-pandemic times, it is open Wednesday through Saturday, 10 a.m. to 12 noon and 1 to 4 p.m.; and on Sunday 1 to 4 p.m.

Located just two miles away from the Hancock House is the Abel and Mary Nicholson House, the best preserved of the patterned-brick houses on the BHB and possibly in the nation. Constructed in 1722, it is also among the most beautiful surviving examples of this building style. A National Historic Landmark, the Nicholson house has a nearly intact interior. It is decorated on all four sides, with a date incorporated in the east gable. The house was enlarged in 1839 with a brick addition on the western end. Maintained by the Salem Old House Foundation, the grounds are open to visitors who enjoy walking the rural lane and admiring the exterior. The interior is accessible by appointment only.

When sites are reopened, we hope you will visit these historic gems. Until then, possibly the windshield candy provided by the byway is just the right medicine for these troubled days.