A view of America’s war for independence was penned by a Fairton resident who fought for freedom. 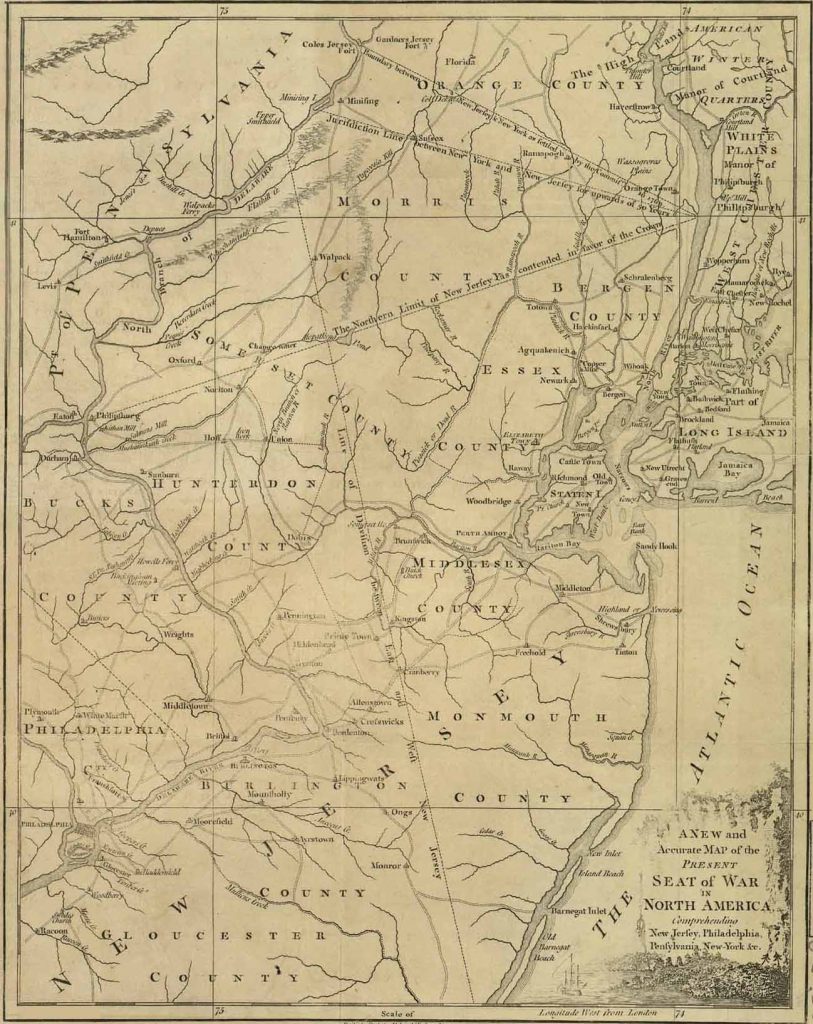 In 1956, Charles M. Jones and Walter Lee Sheppard Jr. reported in an issue of the Vineland Historical Magazine that a “manuscript account of the ancestry and Revolutionary service of Thomas Harris of Fairton” had been acquired by Jones, shedding light on the activities of another Cumberland County resident who fought in the Revolutionary War.

The manuscript had somehow made its way to Colorado, but its return to the Bridgeton region allowed readers of the Vineland Historical Magazine at the time a unique view of America’s war for independence. Harris had written what the magazine called “a first draft, never completed” of a “memoir [which] appears to have been written after 1821,” noting that “the composition can not have been long before his death” in 1825.

Consisting largely of the Harris family genealogy, autobiographical information and other accounts, the manuscript, published as “Memoir of a Revolutionary Soldier,” contains information about Thomas’ experience in the first and second years of the war. In its unfinished state, the manuscript does not include the details about Harris’ wife and children that were intended to conclude the autobiography.

Thomas Harris was born September 9, 1759, the son of Ephraim and Jane Harris. Ephraim had been born in Fairfield Township, growing up in Sayres Neck before moving to Jones Island in the area of Cedarville after marrying Jane. By the time Thomas, the second child of the couple, was born, the family had moved to New England Towne, better known today as Fairton.

Thomas incorporates into the manuscript a brief autobiography penned by his father and augments it with a list of his father’s accomplishments, which include serving on the County Committee, as an elected “member of the provincial Congress (as the Legislature was then called) and after the formation of the Constitution of the State…[and as] a member of the General Assembly or Council…almost every year as long as he lived.”

In the 1780s, Ephraim was selected to be part of a committee that would greet George Washington as he passed through Trenton after his retirement from the military. As Thomas notes, his father was one of those appointed “to present [Washington] with a vote of thanks from the Legislature of the State…for his service in the Army during the Revolutionary War.”

Very forthright in describing his life, Thomas tells the reader that “while young I was of a very weak and sickly constitution and not being able to work on the farm my mother kept me for the most part to wait on her except when I was at school.” Concerning his schooling, he admits that his father intended for him to have a good education, “but the troubles with England coming on and he being under the necessity of being so much from home…it [was] necessary for me to stay at home so that I lost that part of my life that was intended to be devoted to learning…”

Thomas assesses his education as being “at school at different times to the amount of six or seven years” without a “regular teacher,” explaining that learning was a slow process. At the age of 16, he attended school in Bridgeton for five months, improving “in writing and Arithmetic but never learned any higher branch and had but very superficial knowledge of Arithmetic.”

Because his mother suffered from rheumatism and other ailments, Thomas was tasked with caring for her. Her condition grew worse by the time he joined the militia in 1775. The following year, after the colonies declared independence from England, he was drafted but, with his father away at Princeton at the time and his mother’s illness worsening, he was “prevailed upon to stay at home…my brother Ephraim was very much opposed to my going.”

Ignoring his call to military duty, Thomas was fined “eight dollars in continental money,” which he paid. On one occasion, it was necessary for him to travel by horse to Princeton to summon his father because his mother’s condition had worsened.

By December 1776, Thomas’s life would take a different turn. No longer caring for his ailing mother, he was now available for military duty and began serving under the command of Captain Samuel Westcott.

Next Week: The War