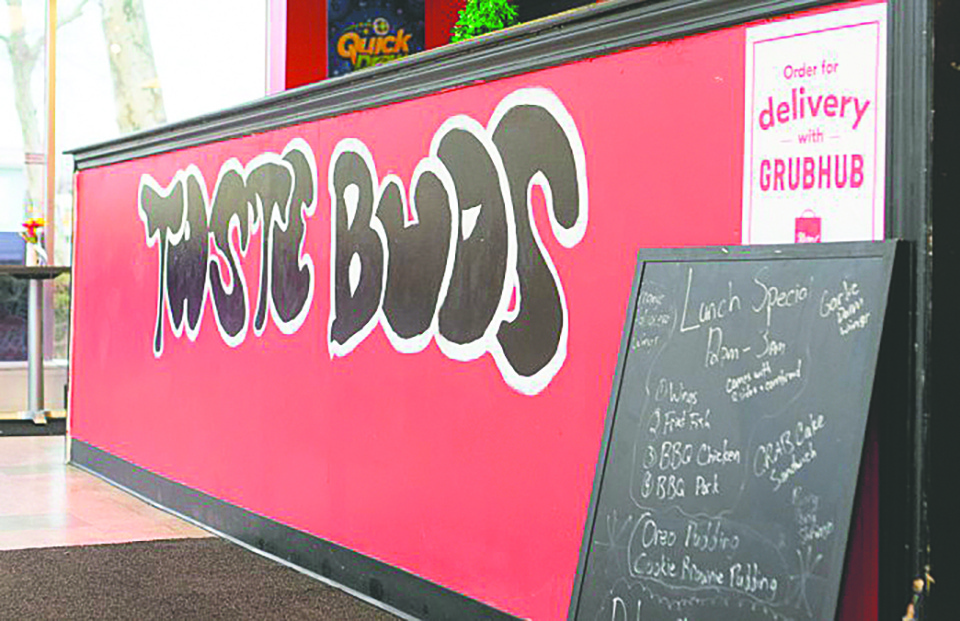 Determined to remedy the soul food drought in Cumberland County, Taste Buds has fought their way to become one of the best soul food spots in South Jersey. With dishes ranging from sultry shrimp and grits to luxurious mac and cheese bowls, Taste Buds packs in flavor as bold as their blazing red building.

Cousins Donald Bristow and Darryl McDuffie Jr. have explored their affinity for cooking since grade school. With lifelong dreams of becoming a chef, Donald began experimenting with food at the buoyant age of 10, while Darryl navigated the nuances of the food service industry by helping out on his uncle’s BBQ-themed food truck throughout his childhood. Their combined culinary background and entrepreneurial spirit found an outlet about three years ago with the genesis of Taste Buds.

Taste Buds offers home-cooked classics integral to soul food cuisine with a menu comprised of meals otherwise missing from the community’s food scene—Hennessy mac bowls to chicken and waffles to turkey chops. Customers travel from out of town to get their hands on these robust eats served in humble take-out containers.

Each dish is cooked with a mindfulness apparent as soon as the flavors greet your tastebuds. The cornbread is sweet, and fluffy; the greens, savory and juicy; and the saucy shrimp is buttery with a kick that is both light and hearty.

The road to their present accomplishments was not easy. The pair’s first partnership five years ago was a franchise Brazilian BBQ food truck on the streets of University City in West Philadelphia. While the cousins thrived in the Fresh Prince’s hometown, they aspired to become their own bosses and open a restaurant with a menu inspired by the home-cooked meals their mothers and grandmothers fed them as children.

When the opportunity arose to establish their own business in the Pink Plaza in Vineland three years ago, they seized it and braced themselves for the demanding stretch that naturally accompanies a family-owned restaurant in its liminal stages.

“I’m all for ownership, but you can’t just open a business and think it’s going to be booming the next day,” said Donald.

“There were a lot of tough days,” said Darryl. “But thank God for the perseverance and for grinding it out. By the grace of God, we were able to pick up business and from there we just kept pushing on.”

As young, black business owners, the odds are stacked against them. It was a viral Facebook post by a woman who loved their food—a year after Taste Buds opened—that helped propel the business forward. Since then, they have moved to a new and more accessible location on Landis and Delsea, and their clientele has grown exponentially.

The cousins are dedicated to giving back to the community that’s supported them. They are eager to continue their charitable coat giveaway tradition (initiated last year), along with building new traditions of service and providing more jobs for people in the area as their business expands.

Their success has proven to them that all the long nights, tears, frustration, and time spent apart from their families is paying off. With the support of the community, these young men have hurdled barriers that often plague small business owners—especially those of color—in Cumberland County and beyond. Theirs is a story of grit, and they hope to serve as mentors in the community.

“Just being those role models for people to look at and be like ‘If they can do it, why can’t I?’ you know, to us that means a lot,” said Darryl. “Just continuing to push through and be the examples we want to set for our kids, our nephews, and the younger generation to be able to look up to and see young African Americans doing positive things—we’re showing people a different path.”