...and Jersey Fresh vegetables are coming to market, as we look forward to regional favorites. 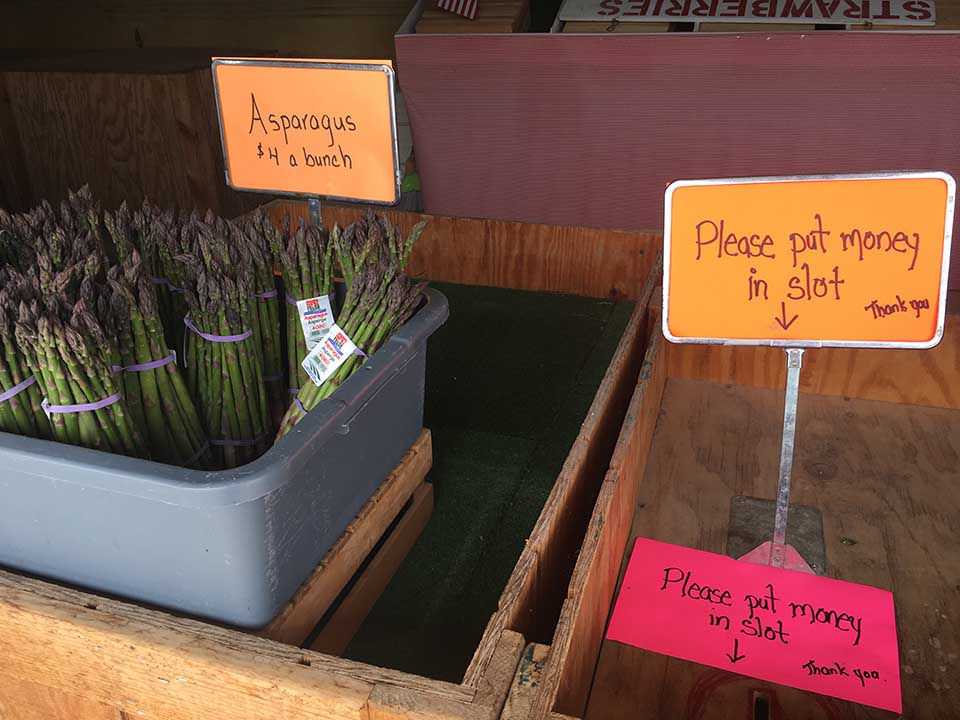 New Jersey Secretary of Agriculture Douglas H. Fisher and other state and local officials recently kicked off the Jersey Fresh season by visiting Walker Brothers Inc. in Salem County, which grows asparagus as well as other crops, and is known for sending its asparagus seeds across the globe. Jersey Fresh items are now appearing in farmers markets and stores around the state.

“What the Walker Brothers have done with their operation is a superb example of how growers in New Jersey provide produce locally while making an impact globally,” Secretary Fisher said. “As temperatures begin to warm, Jersey Fresh asparagus and other early greens are becoming available in supermarkets and farmers markets. The Jersey Fresh brand has a well-earned reputation for peak freshness and we encourage all buyers of food to support the local economy by purchasing Jersey Fresh wherever it is sold.”

“It’s always great to be part of the Jersey Fresh season and we are excited and hopeful for this year,” Walker Farms President Scott Walker said. “Along with supplying our local customers, we are proud of the development and progress we have made in recent years with our international seed program.”

Walker Brothers is a fifth-generation operation that was established in the 1800s. The farm has over 40 years of experience in fresh market asparagus production, 30 years in asparagus crown production and 25 years in hybrid asparagus seed production and marketing. Along with growing their own asparagus sold in their on-farm market, their green and purple hybrid asparagus varieties are grown on every continent except Antarctica. Within the last two years, trials in 17 countries have been established to test new hybrids from the Walker Breeding Program. They also have two international employees, one who travels around the globe to perform educational sessions and marketing for Walker Brothers seeds, and another who is a representative in South America.

Walker Brothers is the only asparagus breeder in the U.S., and one of 10 in the world. The Walker Breeding Program is currently focusing on developing new hybrids that offer high marketable yields, consistent spear size and quality, disease resistance and good flavor, while also looking to the future trends of asparagus production.

“Climate change is one of the biggest challenges,” Walker noted, causing a “false spring” and later bud-killing frosts.

Other crops with an early harvest becoming available daily throughout the state include kale, lettuce, radishes, and spinach. Strawberries and beets are expected to be widely available in about two weeks.

Consumers can find what Jersey Fresh produce is in season and where it is being sold by going to FindJerseyFresh.com.

2. While you bring water to boil, cut the asparagus into one-inch pieces (and cut again in half lengthwise if stalks are thick).

3. In a large bowl, mix asparagus, 1/4 cup of dressing, garlic powder, salt and pepper; then spread on a baking sheet. Start cooking pasta at the same time you put the asparagus in the oven. Roast 10 minutes or until done to tenderness of choice (stir halfway through)

4. Save 1/4 cup of pasta water before draining pasta.

6. Sprinkle with more Parmesan on top if you prefer and serve.

Other recipes for Jersey Fresh produce now and throughout the season can be found by visiting findjerseyfresh.com/recipes/.