Faces of a Pandemic

Residents tell their stories of facing down a killer virus. 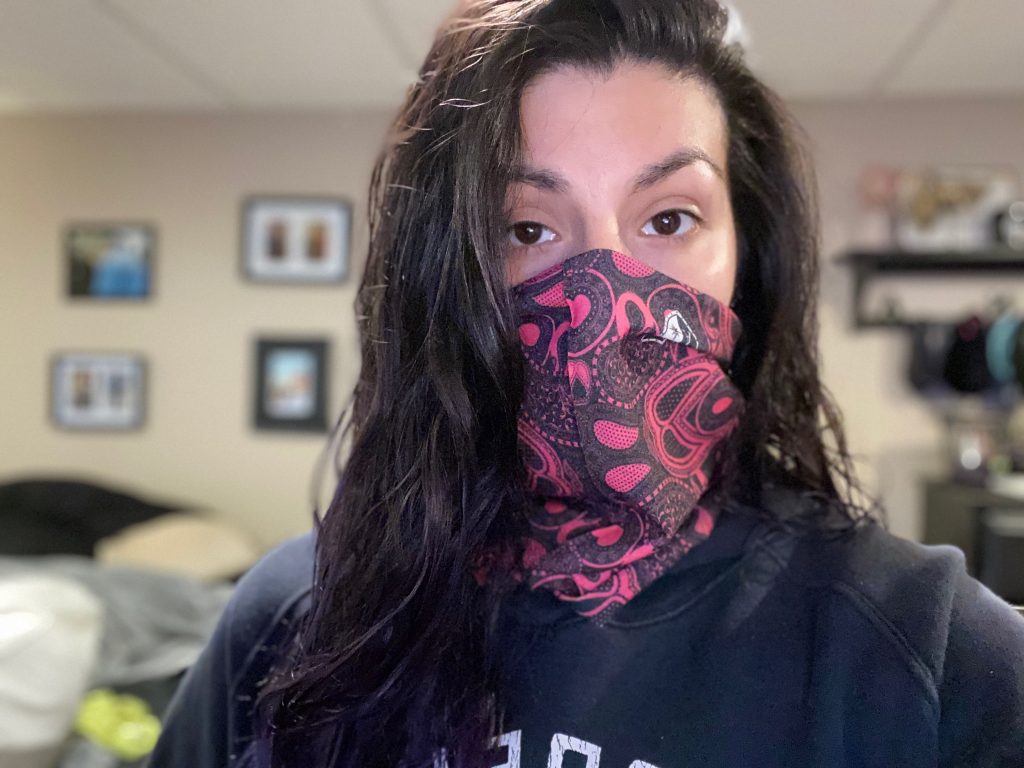 For going on two months now, we’ve been swamped with facts and figures listing a rapidly increasing number of people testing positive for, or succumbing to, the coronavirus. The numbers are staggering: As of last Friday, across the globe, “The coronavirus pandemic has sickened more than 2,704,000 people … at least 186,000 people have died, and the virus has been detected in at least 177 countries,” according to the New York Times. It’s estimated that by the end of this week, more Americans will have died of COVID-19 than the 58,000 Americans who died in Vietnam.

In New Jersey, more than 100,000 people have tested positive and nearly 6,000 people have passed away after being infected by this pernicious illness. In Cumberland County, there have been 520 positive test results and seven deaths, according to NJ COVID-19 Dashboard.

In this report, we look beyond the numbers as we talk to three people in our region who have experienced the virus first-hand.

“I was diagnosed coronavirus positive on April 17,” revealed Estell Manor resident Nina Contento, production coordinator, social media and public relations practitioner with Glasstown Productions. “Having the virus has been a whirlwind of uncertainty. I would have never guessed I’d be the one to get it.”

Nixy Maldonado, a teacher at Vineland High School said, “My last day of work was March 16 and … I didn’t have any symptoms. And then I started working from home on the 17th, and the 18th—that’s when I realized I had, you know, the first symptoms—the fever, the headache and the cough.”

When Contento first got sick, she thought she was just having a bad case of allergies. Unbeknownst to her, she was displaying the symptoms of someone infected with COVID-19.

“It started with headaches and diarrhea,” said Contento. “As uncomfortable as that was for me to say, it’s important for people to know because I could have tested sooner if I knew myself. By day three of my onset of symptoms, I was having a hard time breathing. This was the day I was tested.”

Maldonado never got tested, but after researching the illness online and gauging her rapid accumulation of symptoms, she knew she was in for a world of trouble. She posted all the symptoms she went through in great detail on her Facebook page.

These symptoms included coughing, fever, muscle and bone pain, shortness of breath, loss of taste and smell, nausea, diarrhea, lethargy, mental confusion, dizziness, plus a lot more. Without an official diagnosis, Maldonado resorted to taking over-the-counter remedies and home concoctions to eradicate the illness from her system.

“I think I drank like … five different types of flu medicine—cold severe flu and cold medicine and honestly Tylenol,” Maldonado said. “I mean, I was popping Tylenol every four hours because … if there’s one thing about being sick that I hate the most it’s having a fever. I absolutely detest that feeling.”

Maldonado was willing to try almost anything to get better, including drinking lots of garlic and onion tea. “It was disgusting,” she said with a laugh.

When asked if this technique worked, “Oh, I would never, ever,” she responded. “I can’t even think about it!”

Contento also displayed a wide range of symptoms. “It felt like a sharp pain under my shoulder blade. My chest felt like I was out in the freezing cold for weeks,” she said. “Walking up the steps felt like running 10 miles. I have absolutely no energy like I had starved myself for days.”

She said that at times she felt feverish, but not once did her temperature rise above 98.7 degrees. “I felt cold and hot and cold and hot, but never had a fever,” Contento said.

Although Contento has tested positive, she’s received no treatment from healthcare workers. “I was told to rest and stay hydrated. Also, to quarantine to the best of my ability,” she said.

Many news publications, pundits, and prognosticators discuss in deep detail the physical effects of the illness. However, the mental and emotional toll that occurs when one contracts COVID-19 is rarely mentioned.

Serafin Beltran, Jr’s. father, Serafin Sr., a retired forklift operator in Vineland, was sent to the hospital by ambulance on March 30 after having breathing difficulties, body aches, loss of taste and smell, and fatigue. He was sent home after six and half hours and put on a Z-Pak regimen with antibiotics. Two weeks later he was diagnosed with the illness, which directly affected his family members.

“I was put into quarantine for 14 days because I was in direct contact with him,” Beltran Jr., an electronic repair technician, said. “It weighed heavily on my mind because of the fear of the unknown. It’s like being in a room with a time bomb and not being able to see the clock. Not to mention the fear of infecting someone in my family.” For Maldonado, the fear of infecting family members became a reality. The teacher passed it on to her husband and her 87-year-old mother who lives with them. While her husband showed mild symptoms, Maldonado’s mother ended up spending 17 days in the hospital. Though her mother is home and regaining strength, the thought of what could have happened to her has caused Maldonado more pain than the illness itself.

“We’re still unsure of how I got this illness,” explained Contento, who’s also a bartender at Sidelines East Bar and Grille in Milmay. “I was doing takeouts at my job once a week. My fiancé is a corrections officer. Another household member works at a hospital. Another is a plumber, and another is an auto technician. All of which are essential employees. All of which were continuing their job duties. I went to the grocery store weekly … It could have been anywhere.”

An uplifting component of the COVID-19 stories lived by Contento, Maldonado, and the Beltrans is this: They have all survived their bouts with the deadly disease.

“He’s doing much better,” Beltran Jr. said of his father. [Although] he’s very weary about going out and takes precautions.”

“I can say that I am 100 percent feeling better,” said Maldonado. However, it may take quite some time before she feels comfortable enough to venture back outside into the public sphere.

Contento is especially thankful to her friends and family who’ve supported her by dropping off food, coloring books, and crossword puzzles on her porch. “Our CEO at Glasstown Productions (Robert Penza) has texted me every single morning since I gave him the news to check on my symptoms and how I’m feeling,” Contento said. “I’m incredibly lucky for those who looked out for me from the very start.”

As survivors, they feel duty-bound to share their experiences with anyone who will listen, as a way to help others.

“I felt like … somehow if I could put it out there and help someone or reach out to someone who may not know or be confused [about the effects of COVID-19], I think it was a positive thing,” Maldonado said.

“I get the fact that people are getting anxious, but this is real, and if you haven’t experienced it or a loved one hasn’t experienced it then you don’t really know how much this impacts and scares you,” Beltran added.

“I want to advise those who are not taking this seriously, that it is serious,” said Contento. “I would never wish my symptoms upon my worst enemy.”

So if the numbers aren’t enough to keep states on lockdown and people abiding by guidelines, these faces and stories of COVID-19 survivors should be. Nonetheless, protesters in several states, even some legislators, are urging governors to ease up on state-mandated lockdowns.

Those actions are unfathomable to the three area residents who have had up-close and traumatic personal experiences dealing with the coronavirus.

“I believe those who are protesting outside, in close contact with others, without proper protection, are incredibly naive,” said Nina Contento.

As a media professional, Contento says she whole-heartedly believes in a person’s First Amendment right to protest, and she understands the skepticism about the origin of this dangerous and deadly disease as well as the effects this health care crisis is having on the American people.

However, said Contento, “It doesn’t matter where it came from, it’s here and it’s killing people, every single day.” n