‘Till Death Do Us Part… 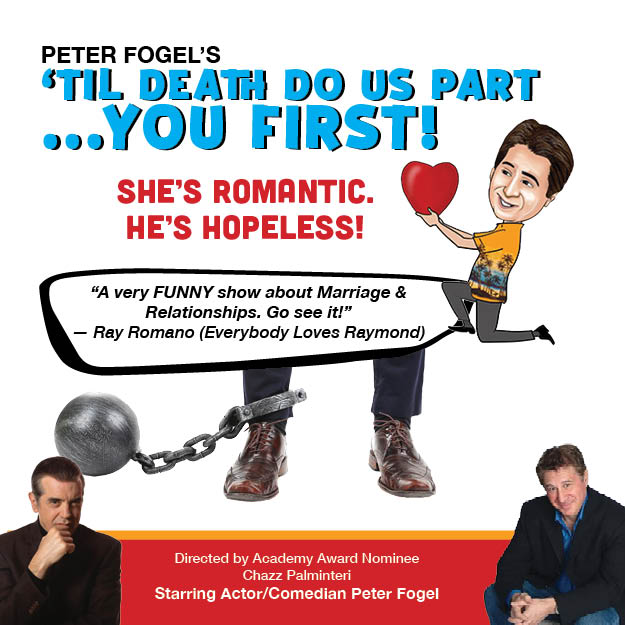 Now it’s YOUR turn to discover “Til Death Do Us Part… You First!”

“Fogel tells such hilarious stories about being single, one wants to go out
and find him a suitable mate!” – NY POST

“Hilarious cross between MEN ARE FROM MARS/WOMEN ARE FROM VENUS meets DEFENDING THE CAVEMAN” – MiamiArtZine.com

THE PERFECT EVENING OF LAUGHS FOR SINGLE, DIVORCED, AND DEVOTED COUPLES!

Eternal Bachelor Peter Fogel has significant commitment issues as the love of his life has just broken up with him on Valentine’s Day. Sensing his own mortality, he is visited by a Special Guest who gets into Fogel’s head and acts as his Conscience (Chazz Palminteri in a voice-over).

Throughout the story, Palminteri mentors Fogel on how he can end all his romantic disasters and reconnect with the one woman who can change his life!

They all have one goal – to continue to stress him out about his unfilled love life! Fogel laments,  “The longest relationship I’ve had in my entire life is with Amazon’s Alexa!”