2020 Broadway Series: The Boys in the Band By Mart Crowley 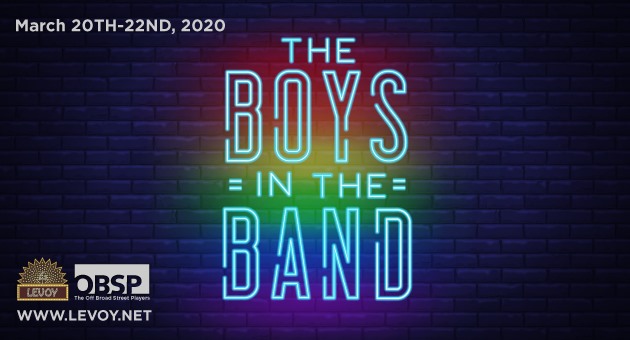 From Friday, March 20 through Sunday, March 22, Off Broad Street players will be performing the play the boys in the band at the Levoy Theatre, at 8 p.m.

The Boys in the Band is one of the most groundbreaking plays of our time. Originally opening Off-Broadway and recently revived with a starry broadway production, this play centers on a group of gay men who gather in an NYC apartment for a friend’s birthday party.

After the drinks are poured and the music is turned up, the evening slowly exposes the fault lines beneathe their friendships and the self-inflicted heartache that threatens their solidarity.

A true theatrical game–changer, The Boys in the Band helped spark a revolution.