Our region has been designated one of the “Last Great Places” on Earth. Here’s an invitation to explore why—and to enjoy our rich heritage. 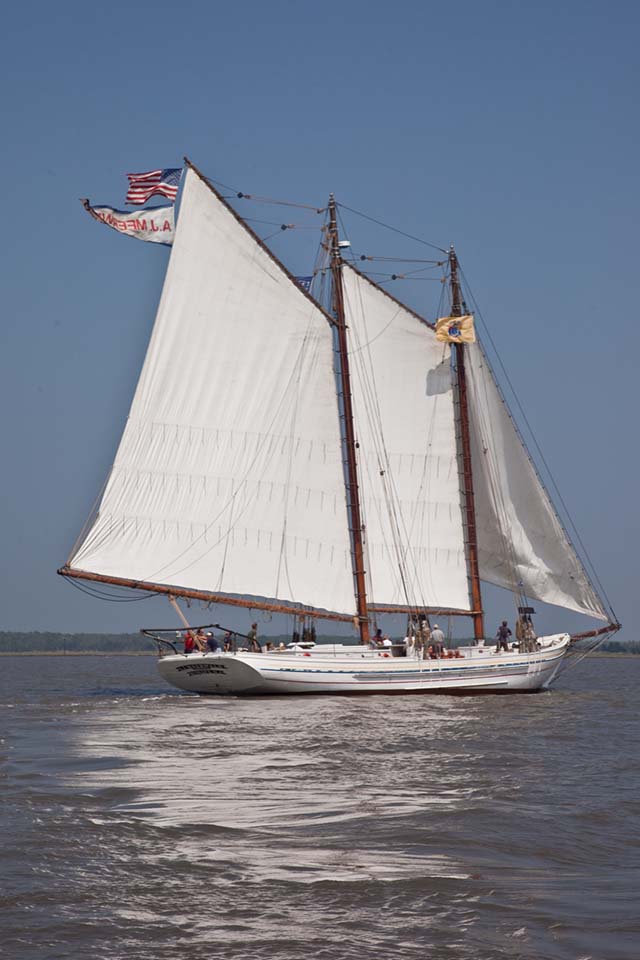 CU Maurice River and the National Park Service’s missions share many common goals and tenets. Both are concerned with stewardship and protection of natural and cultural resources for this and future generations. Both seek to achieve this through interpretation, education, recreation, and inspiration. We are both committed to understanding and engaging with our culture, and learning how it has evolved through our natural resources.

The Wild and Scenic River’s designation process and management plan define what is of outstanding national significance in and along a river. It then seeks to build an appreciation and protection of those natural and cultural resources. Our region has been studied and evaluated by numerous organizations and agencies that define our remarkable resources. The National Park Service’s Coastal Heritage Trail calls our section the Delsea Region. They developed resource materials that have delved into how our culture evolved from our natural resources, highlighting marshes and diking, recreational pursuits, and many historic themes. What they have found so striking was that our heritage is a living one. The same occupations and resource reliance are evident in today’s livelihoods; farming, glass manufacturing, fishing, boat building, and recreational pursuits are still currently active. This dramatically distinguishes us from other coastal regions.

Because of these inventories the Delaware Bayshore, or what CU Maurice River refers to as “Down Jersey,” has received many protective designations through national and international bodies and agencies. In fact we have compiled a list of 40-some designations, conservation plans, and programs. The wetlands of the Delaware Bayshore are a Ramsar Site, which refers to a wetland complex of global importance established by international treaty. The Pinelands National Reserve extends into the Maurice and on to the Delaware. The National Estuary Program of the Delaware River includes New Jersey, Delaware, and Pennsylvania under its protective umbrella. The Nature Conservancy, the world’s largest land trust, designates it as one of the “Last Great Places” on Earth. The fact that we really are one of the “last” simply adds gravity to our responsibility locally. There is a wide-ranging Coalition of the Delaware River Watershed, established in 2012 and currently with 170 member organizations, to advocate for and be instrumental in planning programs to protect our remarkable resources, recreational opportunities, and economic benefits.

There are recurring themes in all of these designations—natural, agricultural, maritime, and architectural history, religious diversity, scenic values, and recreational heritage. I will try to encapsulate a few highlights for each.

Our natural history is amazing; we are on the Atlantic Flyway, the route that migrating populations of waterfowl and raptors use to traverse our eastern coast. Cape May is the geographic funnel or crossing point for the Bay. The entire peninsula, not simply Cape May County but all counties that abut the bay, is an important stopover and/or seasonal habitat for many species. Horseshoe crabs and shorebirds stage here during the crab spawn in the spring. The Western Hemisphere Shorebird Reserve was established in 1986 and NJ Audubon maintains 30 sites as important birding areas. More than 19 state wildlife management areas, four state parks, two National Wildlife Refuges, countless non-profit preserves, and PSEG’s Estuary marshes combine to make a nearly continuous protected area along the length of the bayfront that exceeds 130,000 acres and supports New Jersey’s most diverse assemblage of both rare and common species. This drives wildlife tourism as an important aspect of our economic base.

Maritime history is a living history, in that maritime and fishing industries remain a productive part of the current economy. Wind turbines will be shipped from the Salem port. The Maurice River has shipyards. The shellfish and finfish industries are part of the Bayshore economy. Cape May is the second largest East Coast fisheries port! Villages and lighthouses remain as testaments to earlier maritime periods as well.

The Bayshore is skirted by 11 historic districts: Salem City, Greenwich, Bridgeton, Newport, Mauricetown, Eldora, Dennisville, Cold Spring, West Cape May, and Cape May City. The Maurice River includes the additional historic villages of Dorchester, Leesburg, Heislerville, Bivalve, Port Norris, and Port Elizabeth. Each has its own flavor, along with its past and current significance.

Historically many of our region’s wetlands were diked and farmed for both salt hay on the Bay and traditional products along the tributaries. Upland farming was and still is prevalent. The Bayshore counties of Salem, Cumberland, and Cape May have 172,239 acres or one quarter of their land in agriculture, of which 37 percent is dedicated “preserved farmland.” So the commitment to the future of farming will remain part of our ethos.

Bernie Herman, professor of American Studies and Folklore, University of North Carolina, suggests our region had more religious tolerance than other colonial regions, evidenced by the diversity of faiths represented in congregations. In the Northeast this is apparently rare. Our churches have made many amazing contributions in our historic fabric. The Greenwich Quaker Meeting House and Othello’s African Methodist Episcopal congregations played important roles in the Underground Railroad. Mauricetown’s United Methodist Church, in the home village of oyster schooners, has a memorial stained-glass window listing the captains lost at sea. The Presbyterian Meeting House in Bridgeton is one of the best-preserved 18th century buildings in New Jersey.

Churches are a grand part of our local architectural history as are patterned brick homes and the maritime villages. Many of these villages, along with Cape May, offer exploration into our Victorian Era. And the vernacular architecture of our area is studied by historians and architects alike. In 2014 the National Vernacular Architecture Conference spent five days with “Down Jersey: from Bayshore to Seashore” as its only focus. Here’s a synopsis they provided participants that should give you an inkling of our diversity: “The coastal landscape of New Jersey will be the setting for tours of Pine Barrens’ (or Pinelands) historic industrial and recreational development, and small fishing and boat-building towns along the Delaware Bay. The stories of different people who settled the area can be told through surviving buildings and landscapes, and the conference tours will highlight the presence in Down Jersey of New England shipbuilders and Quaker farmers in the 18th century; the African Americans who established their own free communities in the mid-19th century; the European Jewish immigrants who were relocated here to escape late-19th century pogroms; and the Italian immigrants who brought commercial agriculture into the 20th century, helping to make New Jersey ‘The Garden State.’ ”

The Bayshore Heritage Byway that skirts the Bayshore’s coast was selected for these values as well as its scenic assets. Because of them the Maurice River has been designated as Wild and Scenic, an honor that few rivers are eligible to achieve. The beauty of our Bayshore region is undeniable; simply take a drive on the Byway.

“So what is the purpose of this very broad overview?” you might wonder. First of all I want to give you insight into the national accolades that our region receives. If you were taking our home for granted, you may wish to explore why experts view us as so special. But the second reason is to invite you to a virtual social that CU Maurice River is holding Thursday, February 25, where you can do some exploring. If you already know how really amazing our area is, then you surely will enjoy the program. We ask you to join us as we discover some of our local heritage with James Blumenstein. He will discuss ways in which people in Cumberland County can use the past to open the door to meaningful and long-term engagement. By encouraging community members to see themselves as active participants in the development and continuation of Down Jersey’s story, they can be transformed from passive consumers of history to advocates ready to engage and involve others.

To join us at the CU Social go to cumauriceriver.org, navigate to the Calendar of Events, and select February 25, enabling you to RSVP. Cost for non-members is $25; no cost to members. If you’re looking for a discount the cost of membership is only $20. Need assistance with registration? Call the office at 856-300-5331.